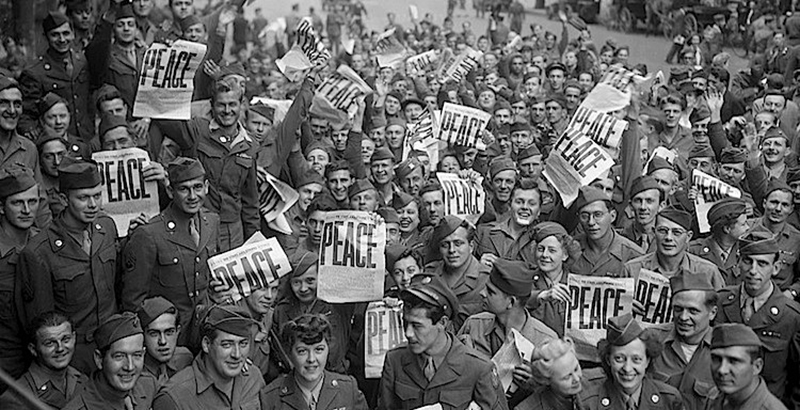 You Try Being Harry Truman

Seventy five years ago the world celebrated Victory over Japan Day as the war in the Pacific finally ended. On this week’s episode, Al Murray and James Holland discuss the big decisions taken at the time, most notably the use of the atomic bomb.

Al Murray: It’s interesting, isn’t it? Because there are two different stories. On VJ Day, Germany’s politically decapitated by boots on the ground in Berlin. The German government kills itself, essentially, and the war ends. Whereas in Japan–

James Holland: Hirohito stays emperor till 1984 or whenever.

Al Murray: The government’s decapitated, but the head of state remains intact. Obviously they have to they have to figure out what kind of government’s palatable to the Americans or do what to do as they’re told, basically. But they surrender. For all the Japanese fanaticism and for all the preparations they’re making for the invasion of the South Island and the bloodcurdling threats they’re making and the way they’re getting the population armed and the way they’re mobilizing them and the way they’re preparing like an enormous fleet of kamikaze aircraft and small boats and all that sort of stuff, they, nevertheless, get the message in a way that Hitler and his crew don’t. Obviously there’s been, as ever, editorial and comment about the atom bomb in the papers this week. The Atom bomb is unforgivable.

James Holland: Well, there was that commentary piece, wasn’t there, in The Observer, but it’s sort of lacking that kind of ability to put yourself in the situation of those who make the decision in 1945. as I was speaking about it after we talked to John McManus. I was thinking about the Battle of Peleliu and how awful Peleliu had been. Then you have Iwo Jima, and then you have Okinawa. So what you’ve got is these very clear cases of each of these little individual battles getting worse. There’s a link, which is each one is getting closer to mainland Japan, and it doesn’t take a rocket scientist to work out that the closer you get to Japan and then onto Japan it’s going to be truly horrific.

So if Okinawa is as bloody as it is, and that is part of the Japanese home islands, then one in three Japanese civilians are getting killed as a result of it. Clearly, invasion of Japan is going to be every bit as horrific. Even the biggest optimists are accepting that an invasion of Japan is going to take the war into 1946 and is going to involve potentially millions of people dead on both sides. … And yet imagine your President Truman and it gets out that you have this weapon and you don’t use it and lots Americans get killed. You know, hundreds of thousands, if not half a million, if not a million Americans get killed as a result of it. Yeah. I mean, that is the decision-making process that rests on Truman’s shoulders here. It’s very easy for an Observer commentator 75 years on saying how it’s is appalling. It’s terrible. They should never have done it. I mean, you try being President Truman. 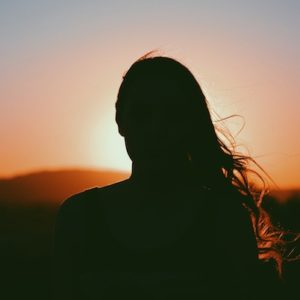 I fell in love with my husband, Jeff, on our second date, after he told me about his favorite unchangeably-in-love couple,...
© LitHub
Back to top