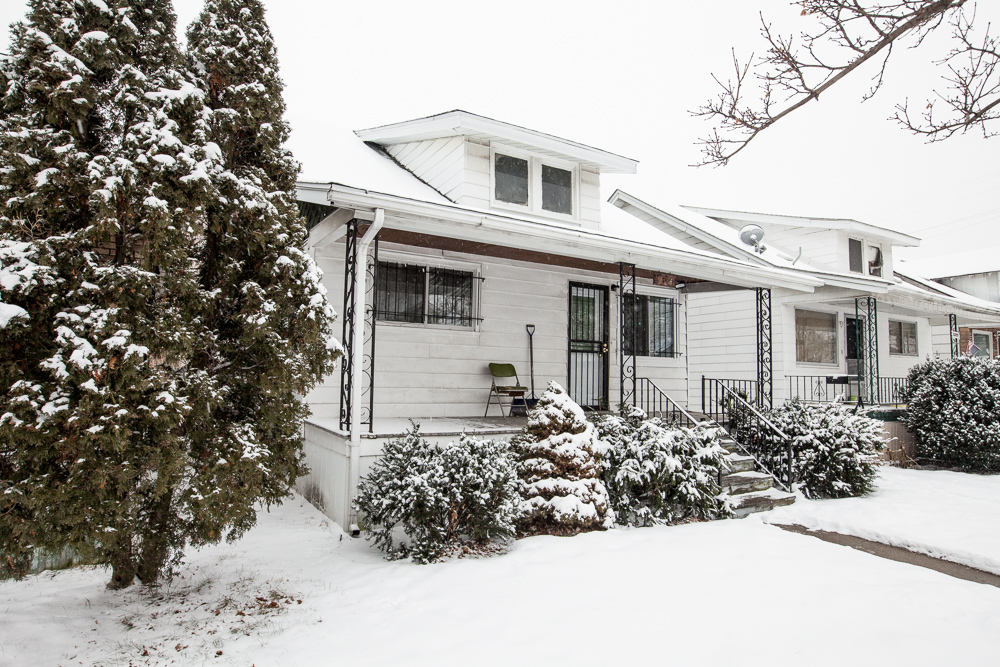 On Moving to Detroit in the Middle of Winter

On November 1, 2014, with two of my closest friends, Jerrica and Erich, and my cat, Omar, I embarked on the long drive from Brooklyn to Detroit. We took the scenic route to avoid the Pennsylvania tolls, but the drive took six hours longer than we planned, and we didn’t arrive in Detroit until 1AM. Luckily, Write A House co-founder Toby Barlow was still there, waiting with the keys to my new home. With help from Toby, his girlfriend Liz, and my new neighbor, Andy, we unpacked in a dreamlike daze, six people working together through the small hours of the night, trying to beat the sunrise. And just like that, all the foundational elements of life in my new home fell into place. Early the next morning we dropped off the rental truck and drove Jerrica to the airport. Erich left mid-afternoon the next day, and when he did, I was suddenly, completely, alone. New house, new city, new life.

To many writers, living alone is a tantalizing idea—no distractions but the ones you create, no one to disturb when you jump out of bed late at night to write something down. But solitude carries with it a devastating kind of quiet, particularly in Detroit in the winter. For the very first time, sitting on the jagged back steps of my new home, a little doubt began to creep in. There had been excitement, stress, joy and pride in the lead up to the move, but I suddenly had the time and quiet to wonder—what was I doing? I’d finished a masters in history six months prior, and had no strong prospects for making a life in Brooklyn. And anyway, after two and a half years in New York I’d been starting to realize it wasn’t for me. So the question wasn’t really about moving but rather about what such a dramatic change would mean for my life as a writer. I had won a free house from Write A House, a new non-profit in Detroit. I had no choice but to move forward and find out.

Over the next week, I started training for my job teaching creative writing through InsideOut Literary Arts. I saw the Heidelberg Project, the Grand River Arts Corridor, met a menagerie of new people, and was invited to meet several more. A week later, I started teaching at two different high schools. I was still excited by the possibilities of my new life, and of new artistic collaborations, but the question of what I was doing lingered. It wasn’t culture shock as much as it was a lifestyle shock. It would have been one thing to move to a city, to navigate its unknown terrain in an anonymous way, but in Detroit people recognized me as the Poet with the Free House. Twice in one night, taking in an exhibition at Detroit Institute for the Arts, I was approached by strangers asking “Is your name Casey?” It was a strange feeling; and my old college friend, with me that night, couldn’t help but burst out laughing.

Even with the new friends and notoriety, I was lonely and easily distracted. The first few months in Detroit were particularly hard, as final renovations on the house meant constant, daily noise. Though I had met people, I felt like I didn’t know anyone. I’d complain to friends about all the interviews I was doing, but was often met with balking criticism: I should be enjoying this, it was a blessing, I shouldn’t complain. Of course, they were right, but I was having a hard time answering questions I couldn’t fully form adequate responses to. “How do you think Detroit will change your writing?” reporters would ask. How would I know? How would anyone know? There was no precedent, no context for my experience—I am Write A House’s oldest child, a guinea pig, the first test to see if the experiment could work.

SLIDESHOW: Before and After at Write A House 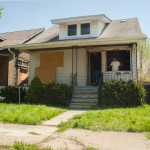 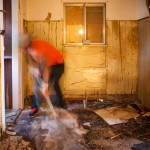 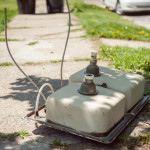 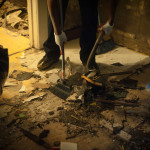 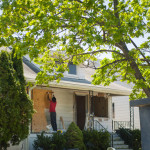 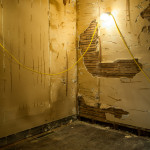 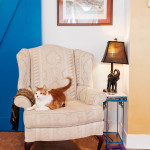 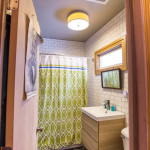 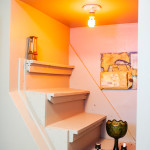 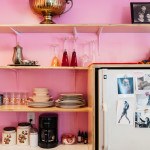 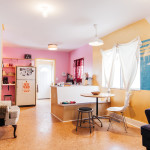 I know the attention is temporary, which pushes me to seize every opportunity available to me in this new life. But I am also aware of the criticism of the project and, by proxy, of me as an outsider coming to Detroit. Much of the criticism of Write A House—which I understand, and even agree with—stems from frustration that such a project has gotten so much attention and funding at a time when so many people in Detroit are still struggling. Unemployment remains well above national average, water shut-offs are still shockingly common, and foreclosure and evictions plague every quarter of the city. I’m a poet with a graduate degree who got lucky, and I’m well aware I’ve been afforded an opportunity that many long-time residents have not. Don’t get me wrong, I’ve gotten a lot of love from the Detroiters I’ve met—not just from strangers approaching me in public: the security guard at one school where I work asking how she could “get like me,” or the UPS delivery driver who graciously welcomed me to the city after seeing a local news report on Write A House.

I often wonder if I’m getting a “real” sense of Detroit, but if I am, it’s coming from my students. They scoff when I tell them Detroiters are friendly, and sass me constantly, as they write their poems that are unabashed about the realities of their lives. They keep me grounded, not least because they don’t particularly care how I got here or what I think of the city. Every day I am asked what I think of Detroit. I’m not fond of the question, in part because I don’t know that my experience is typical in any way. In the first few weeks of living here I was introduced to Dave Eggers at a fundraiser, had television crews film me at school while teaching after having been at my house at 7AM. When friends ask how it is out here, I juxtapose the burned-out squat on my block with the Christmas dinners I was lucky enough to attend at the respective homes of two highly esteemed writers. Sometimes, now, when asked about Detroit by journalists, I want to tell them to ask any other Detroiter but me what they think of the city.

Before I applied to Write A House, I was skeptical about the outside fascination with Detroit, the media narratives about crime, bankruptcy and blight, along with the wave of new urban pioneers. I had met crust punks who wanted to move here to squat, mid-to-late twenties New York creatives looking to flee Brooklyn rent in favor of cheap old houses, and priced-out young professionals from L.A. and the Bay Area who wanted to make a new start. It always made me squeamish. I applied to Write A House only after a friend, longtime Detroiter and fellow black poet, declared on Facebook that she was totally behind the project.

I point out her race, and mine, because my discomfort with the idea of Detroit as a promised land for young artist types is rooted in the class and racial realities of what it means to view the city, any city, in such a way. Detroit has the highest per capita black population in the country, and continues to face widespread economic hardship. I do not want to be another post-Brooklyn tourist of urban blight. To help fix the problems faced by the city, the people who come here in search of something new (and cheap) need to commit, need to put down roots and help build a better place. I feel a sense of responsibility to Detroit that I haven’t felt anywhere else.

I still haven’t adjusted to the intense quiet of Detroit—nor I have gotten used to the gendered culture of the Midwest (and perhaps never will). I’ve had men carry my grocery bags, hold doors open for me, randomly shovel snow from my walkway… and it’s strange to me, foreign. I’ve also had an older Yugoslavian neighbor offer to take me to get a gun license. This last gesture seemed bizarre to me at first, but I’ve come to understand, if not agree, with the place it was coming from.

There have been smashed windows all along my street, break-ins, random house fires, odd dudes staring into my windows in the middle of the afternoon. I even overheard two neighbors apparently planning to squat in the home of a third, who’d taken seriously ill and was in the hospital. It’s still a rough town; Detroit leads the nation in urban conceal-and-car gun permits.

This is the reality of my neighborhood, and not one the thriving arts community in Detroit is thrilled to point out.

But I prefer not to let fear govern my decisions. I’m willing to accept that “lawless Detroit” is a real thing, but I’ve met far more people actively looking to improve life here than I have post-apocalyptic terror squads or concrete-lobbing vandals. It’s important to note, too, that improving the quality of life for Detroiters is something that’s happening at the grassroots level, and doesn’t necessarily match the broader, simplified narratives of post-bankruptcy regeneration: there are so many people growing, creating and coming together to solve issues within the city in a way that urban planning and think tanks cannot engineer. The ground-level collaboration between activists, business owners, and everyday people is inspiring. One of the most beautiful surprises about this city is the sense that without each other, it cannot thrive. This necessity of collaboration is true of activists and business owners alike, and it’s inspiring. No matter what may come, I’m glad to be anchored to Detroit.

Casey Rocheteau is the recipient of the inaugural Write A House permanent residency in Detroit. Her first collection of poetry, Knocked Up On Yes, was released on Sargent Press in 2012. Her second collection of poetry is forthcoming from Sibling Rivalry Press in early 2016. 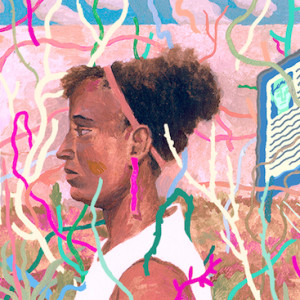 Sixteen years ago, I used a cellular phone for the first time. I remember this vividly because the call I placed was to my mother,...
© LitHub
Back to top
Loading Comments...