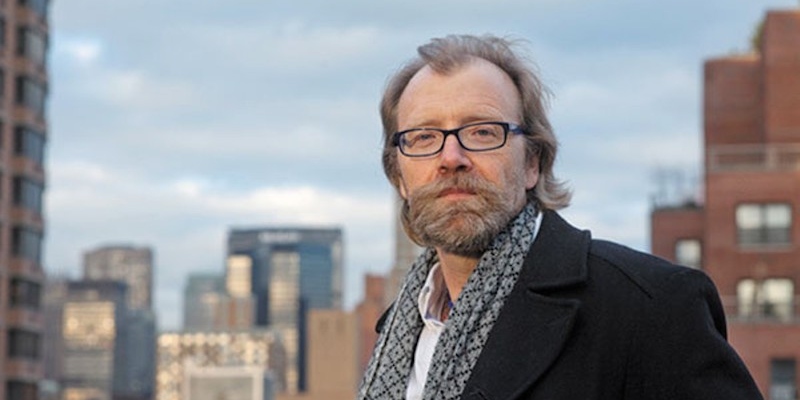 “You Find a Way to Be Distinctive.” George Saunders on His Writerly Evolution

In this episode, Mitzi talks to George Saunders about his new short story collection, Liberation Day.

Mitzi Rapkin: As you are coming to later stages of your own life and you’ve written so many books, do you think anything has changed for you in terms of what truly concerns you about the human condition?

George Saunders: Yes, that’s a great question. I think early on, in the first couple of books, I was just so shocked that life could be difficult. And, you know, we didn’t have any money, and we had little kids, and it wasn’t that difficult, but it was more difficult than I planned it to be. So, I think the early books were about suffering, and sorrow, kind of, maybe localized, you know, like in a capitalist system, here’s what sucks, you know, that was kind of the thing.

And as I’m getting older, I think, what we’re not as poor as we used to be. So that’s nice. But then you start to think, well, it’s still about sorrow and suffering, but maybe about the bigger causes, you know, like the universal causes of why are people always struggling with difficulty? And why is life so random, and sometimes so harsh? So, I think in that way that the palette has gotten a little bit larger, you know.  Some of these stories, there’s nothing particularly terrible in the person’s life but the sorrow and the suffering persists.

So, I think that’s one thing. And then, you know, the other thing, practically speaking, since we’re talking to writers is I felt like the early arc of my life was to try to find a way to sound unique, and to maybe do something a little new, new enough to get published. And that was when I was young. As I got into my 30s, and didn’t have a book, it became really a focus, like, I have got to write in a way that people can’t help but notice. So that’s a strong motivation at the beginning. You find a way to be distinctive.  Then immediately you start clinging to the side of the pool, like, okay I have one book out and I got praise for A, B, and C, therefore that’s who I am, I have to do A, B and C all the time.

Then that becomes a trap, because suddenly you’re the guy who is funny or writes about capitalism.  And meanwhile, you also become aware that your talent is pretty slender. I’m not a kind of writer who can do everything. I’m a very, very narrow ledge of ability. So, as you get older, there’s that kind of that trap from several different directions. One is your fear of repeating yourself because you know that you only do two or three things well.

So, you’re always kind of reworking that turf. But at the same time, you want to be taking chances, because otherwise, you’ll be dead. And finally, you’re trying to accommodate the whole truth of life in one or two stories. So, it’s been fun. This book was really such a riot for me because I found myself doing new things within my old talent set, which is kind of a nice thing. So, it’s interesting as you have written for 20 or 30 years, you’re kind of looking around going where haven’t I stood yet? You know, what haven’t I done?

George Saunders is the author of eleven books, including Lincoln in the Bardo, which won the 2017 Man Booker Prize for best work of fiction in English, and was a finalist for the Golden Man Booker, in which one Booker winner was selected to represent each decade, from the fifty years since the Prize’s inception.  His stories have appeared regularly in The New Yorker since 1992. The short story collection Tenth of December was a finalist for the National Book Award, and won the inaugural Folio Prize in 2013 and the Story Prize. 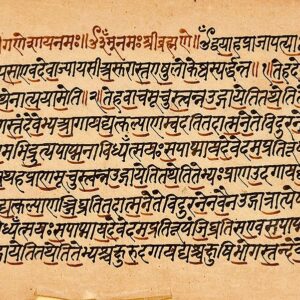 I was not expecting to learn anything new about Van Gogh when one sunny summer afternoon, along with my family, I joined...
© LitHub
Back to top