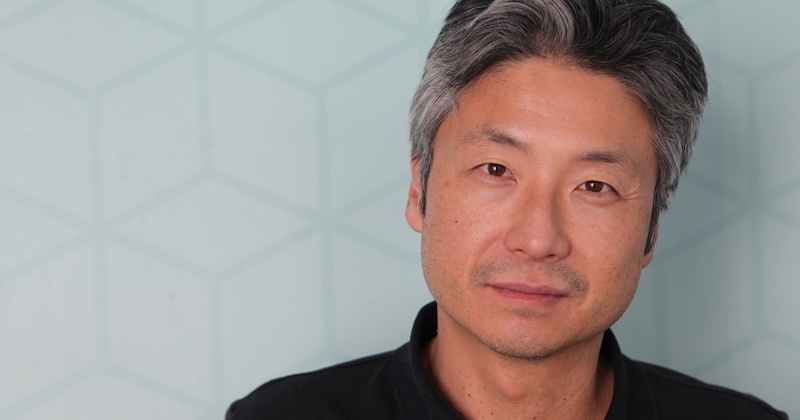 On this day in 1965, the highly acclaimed writer and teacher Chang-rae Lee was born in Seoul, South Korea. When he was three years old, Lee and his family immigrated to the United States. Later, he attended Phillips Exeter Academy and Yale. After a stint on Wall Street in his early twenties, the Westchester, NY-raised Lee quit his job as an equities analyst to pursue a full-time writing career. During this transition period, he took on a series of odd jobs such as newspaper journalist, restaurant critic, and assistant to the dean of the Fashion Institute of Technology. Lee graduated from the University of Oregon in 1993 with his MFA.

His literary prowess was recognized with his first published work. In 1996, his debut Native Speaker won the PEN/Hemingway award. The Surrendered was a finalist for the 2011 Pulitzer Prize for Fiction. On Such a Full Sea was a finalist for the National Book Critics Circle Award for fiction and won the Heartland Fiction Prize. This year, he was recognized for lifetime achievement in the Novel with an Award of Merit from the American Academy of Arts and Letters, as well as elected as a Member of the American Academy of Arts & Sciences. Lee is currently the Ward W. and Priscilla B. Woods Professor at Stanford University.

To celebrate his birthday, here’s a list of (some) of Lee’s best writing advice, which can provide insight and inspiration for burgeoning and veteran writers alike.

On the role of research and using everyday experiences in writing: “I’ve done plenty of the traditional research that one can imagine, particularly for my historically based novels. But there’s much ‘research’ that can be done sitting on a bus and reading a strange book and having dinner with a loved one and watching the news. The key is to be extra-conscious of these everyday experiences, so that each moment or observation might be revealed as potentially textured and rich. I, for one, have gotten into the practice of carrying a mental notebook throughout the day.”

On how to insert other characters’ points of view in a first-person narrative: “With the first person, at a certain point, you need to get around the narrator and get other people involved. You can do that with dialogue and with that example there. You get into a rut. It’s deep and full, but sometimes you have to shut down the usual process and let in a little air. That air is usually someone else’s language, someone else’s voice.”

On subverting the notion of highly extroverted, loquacious characters: “Almost all of western literature is about talk. There’s this great line in Beckett: keep talking, you’re winning. And somehow I wanted to subvert that; the need to constantly express and put your verbal and psychological stamp on everything. You don’t always have to talk.”

On what makes good fiction: “What makes for good fiction is some kind of oblique entrance to the subject that you’re particularly interested in. If I don’t have my particular way into it, then anyone could’ve written it.”

On telling his students not to follow his writing methods: “The way I write is, it’s methodical to the point of pathology. I work through every sentence over and over again—ten times, 20 times. I can’t seem to move on until I get each sentence the way I want to leave it, until I get it—I don’t know if ‘right’ is the right word—but I really work in those units. I like to put a lot of pressure and attention on every sentence, and I really can’t move on until I’m satisfied by the previous sentence . . . It’s kind of torture. I don’t recommend it to my students.”

On not using writing exercises: “I don’t like to use writing assignments, exercises. I think too often people get comfortable writing in that vein, but you can’t go on to write a novel comprised of short writing exercises. They can initiate ideas and catalyze a certain form, but the trick is not to begin, but to sustain. You really need a great understanding and feel of how your particular form of storytelling works.”

On the universal aspects of good literature: “I think all good literature though has a universal message about how humans should interact, how we should treat one another . . . but that’s how I hope it’s happening for me.”

On the differences between writing and teaching: “The biggest thing is that teaching is about thinking about other people’s imaginations and thinking about other people’s artistic needs and considerations. And writing is completely the opposite. Writing is about being completely self-centered and thinking about only what you’re thinking about. . . . That said, I enjoy the teaching. Every time after I come out of class, I find that I’ve enjoyed it. Does it help my writing? No. The one thing that it does help is that I see the very nascent passion that younger writers have and sometimes I forget. You can forget about the swell of heat and passion you got when you were that age or younger and starting out.”

On advice for new writers working on their first stories or novel: “Don’t listen to anyone else. It’s great to get opinions and advice, but you need to follow the particular private passion or obsession that you have for a story and follow it, giving no quarter to anything else. In the end, that’s where writers come up with something unique. That’s why novels still mean something even in this age—they’re distinctive performances, utterly singular and surprising. Follow your passion. Feed your obsessions, and in the end that will work best.”

On encouraging young Asian Americans to follow their passions: “We have such talented people with lots of energy and ideas in our community. I just can’t believe that all that talent is meant to be in three or four fields—banking, consulting, law, medicine . . . We have to remember we’re still, in the most diverse way, a very young community. I know that there were Chinese Americans and Japanese Americans here from many years ago, but since 1965, the full range of Asian diversity in this country has really blossomed. So I think we’ve now become a little more established. I think it really behooves us to go out into these other fields, including government, maybe especially government.

The one thing that I would say is there are many ways to pursue an honorable, prosperous, and significant life of work, and I think we’re established enough to really believe that.”