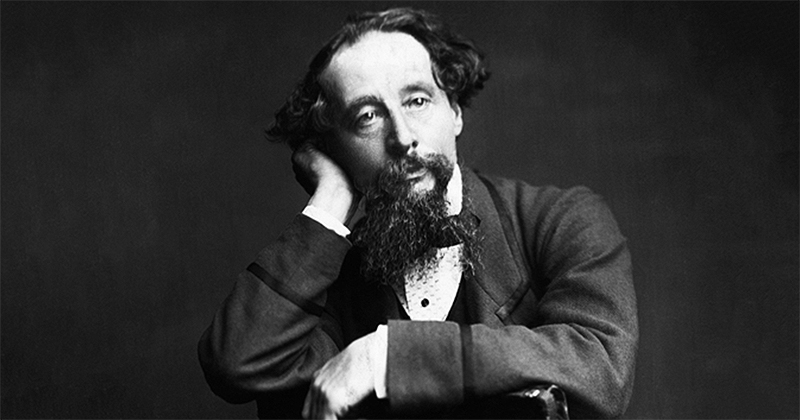 You can relax now: Charles Dickens is no longer shadowbanned on TikTok.

On the topic of banned books (ha ha): as the Standard reported, the Charles Dickens Museum’s account is now visible on TikTok after a censorship mix-up, shadowban, and subsequent Twitter campaign to #FreeDickens.

Anybody who has any experience with social media probably already understands how this happened: Charles Dickens, and thus the TikTok channel of the Charles Dickens museum, was made unsearchable on TikTok because his surname contains the word “dick.” When users tried to search for the museum’s account, they were shown a warning which read, “This phrase may be associated with behavior or content that violates our guidelines,” and “promoting a safe and positive experience is TikTok’s top priority.” (All the TikToks made by the Dickens Museum feature employees showing viewers around Dickens’s former home, where the Dickens Museum is based.)

When the Dickens Museum noticed the issue, they took to Twitter. “We’ll always support social media platforms having safeguards in place to protect users, but Dickens is a name, not slang, and the Charles Dickens Museum should be able to share great TikTok videos,” wrote the Dickens Museum on Twitter. “It’s like banning Shakespeare because his name advocates the use of medieval weapons, or Virginia Woolf for keeping wild animals as pets . . . wait a minute, none of that makes sense!”

The #FreeDickens campaign took off on Twitter, and yesterday, the Dickens Museum announced that #CharlesDickens, as well as the museum’s handle (@charlesdickensmuseum), are both searchable on TikTok. This whole episode tells us something about the catch-all, unhelpful nature of TikTok (and other, U.S.-based platforms)’s censorship practices; but for now, the Charles Dickens Museum is happy. Plus, this name-based discrimination isn’t new for Dickens: wrote a critic in 1849, “Mr. Dickens, as if in revenge for his own queer name, does bestow still queerer ones upon his fictitious creations.” #FreeChuzzlewit