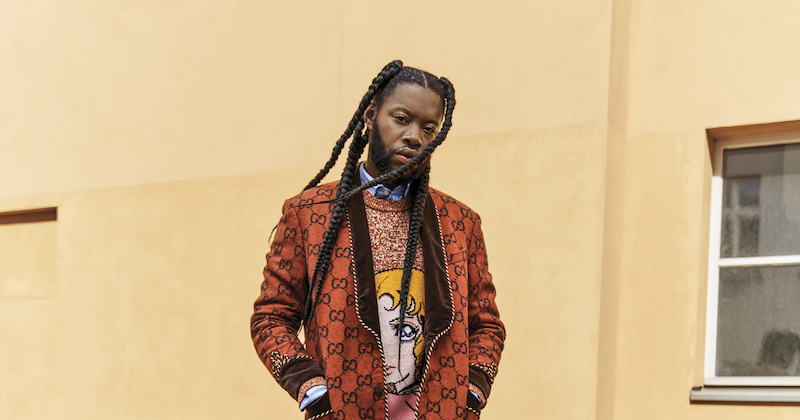 You can now read Jeremy O. Harris’s YELL from the comfort of your own home.

Happily for us, Jeremy O. Harris is prolific, so we constantly have new work of his to look forward to. Currently, he’s writing the HBO series adaptation of The Vanishing Half with Aziza Barnes, guest starring on the forthcoming A24 sketch show Ziwe, and his movie Zola (co-written with Janicza Bravo, the director) comes out in late June via A24 (and that’s not even mentioning his archival and philanthropic work). But if you’re impatiently awaiting these projects, here’s some good news: Harris’s play Yell: A Documentary of My Time Here, previously published behind the paywall in n+1 Issue 38, has been unpaywalled and you can read it from the comfort (?) of your own home.

Yell was originally developed and performed as Harris’s thesis at Yale School of Drama, as an excavation of his time at Yale School of Drama; Harris describes the play as “[written] in a moment of rage, the type of rage one feels after awakening to their own powerlessness.” Said Harris in his artist’s note for n+1:

The only thing I could do was build a bomb, a bomb too large to carry on my own, that had to be held by the bodies of more performers than had ever been in a playwright’s thesis production at yale, that had to be witnessed by the most eyes that ever witnessed any student show at yale, for that was the only way the memory of my defiance could maybe leave a scar on the walls of a building so indebted to white supremacy. It was only ever meant to live there, yet with shifts in the world it felt as though it was time for this play, in part, to be witnessed by more eyes, held by more hands, so that perhaps the scar could be left on more walls than just those of !!!!!!!!!!.

Hopefully post-pandemic (for hopefully there is a “post-pandemic” on which to pin our hopes) we’ll see another onstage iteration of Yell; it’s been reported that a loose adaptation of Yell might appear in TV form as part of Harris’s HBO deal. But for now, you can read the script here.