You can now read a compilation of Patricia Highsmith’s comics.

Though I love a good Writer Day Job, and am currently in the middle of Ripley Under Ground, I had no idea until this  morning that Patricia Highsmith worked as a comic book scriptwriter from 1942-48. Highsmith initially worked in a bullpen at the office of comic book publisher Ned Pines, but eventually went freelance, writing comic book profiles of historical figures as well as more standard crime-fighting fare. (Apparently an editor once tried to set her up on a date with Stan Lee??)

I learned this excellent bit of trivia from the Caustic Cover Critic on Twitter, who helpfully compiled a PDF of all the comics “reliably attributed to Highsmith.”

I made this for myself, and I’m not pretending it’s a major part of her oeuvre, but if anyone wants all the comics that have been reliably attributed to Patricia Highsmith, I made a compilation of them you can download here:https://t.co/I4epJnW03y pic.twitter.com/cCxf2HaovS

It’s a pretty fascinating relic overall, but my personal favorite is her biography of Catherine the Great, complete with ads for War Stamps: 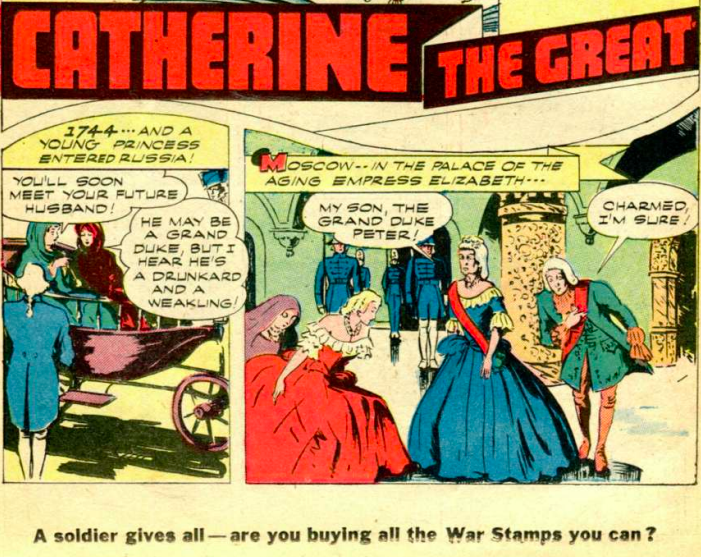