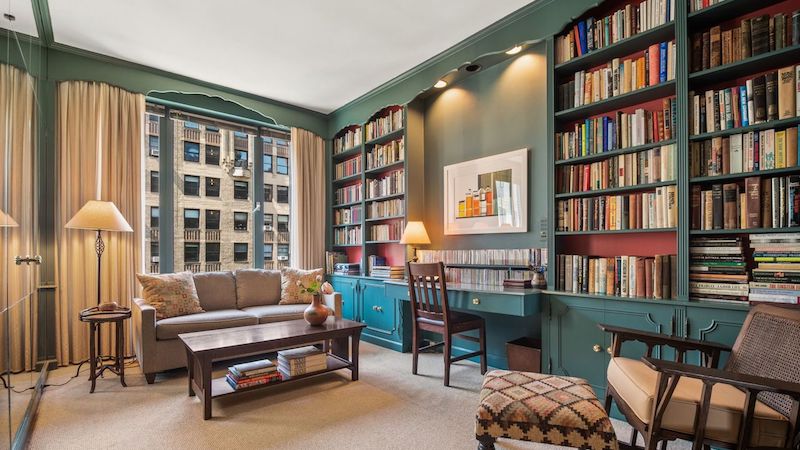 Exciting news for Ragtime fans, or fans of glamorous apartments: the pre-war Midtown East co-op where E.L. Doctorow wrote his final three novels is on sale for $2.1 million. The 3000-square-foot apartment contains Doctorow’s office; two en-suite bedrooms with walk-in closets; a library; a dining room; a living room with fireplace; a laundry room; an eat-in kitchen with an island and two of each amenity (oven, dishwasher, sink, refrigerator).

After their children grew up and moved out, Doctorow and his wife Helen sold their home in New Rochelle and purchased the co-op, where Doctorow worked and the pair hosted guests. Said Ms. Doctorow, “My husband preferred to work in the office in the apartment instead of his office at New York University. In the mornings, he would generally do catch-up work, including calls. He spent the rest of the day writing. At five or six in the evening, he stopped, and we had a drink then dinner . . . We did a lot of entertaining there. We saw a lot of really interesting people.”

Ms. Doctorow is selling the co-op now to purchase a smaller apartment and spend more time with her family. About her love for the property, she said, “It’s right in the thick of things. In every room except the kitchen and laundry there are enormous windows that are nearly the entire width of each room. You can see the Roosevelt Island tram and all the activity of Second Avenue and 57th Street.”