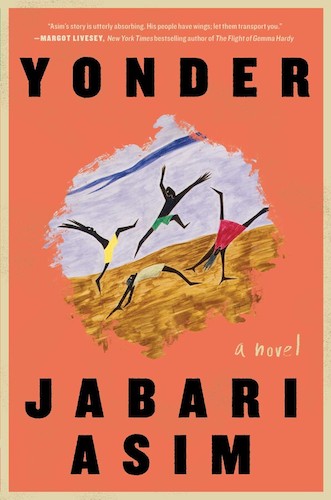 The following is excerpted from Jabari Asim's new novel, Yonder. Asim is a writer and multidisciplinary artist. He directs the MFA program in creative writing at Emerson College, where he is also the Elma Lewis Distinguished Fellow in Social Justice. He is the author of A Taste of Honey and Only the Strong, as well as four non-fiction books and thirteen children's books.

Norbrook had arranged for a physician, a Dr. LeMaire, to meet us at the pen and give the children a looking over. Minutes after we got there, he pushed open the door, expanding the wedge of light our entrance had created. He reached in his vest pocket and pressed a handkerchief to his nose and mouth, shook his head, and muttered softly. I noted his watering eyes and could not decide if he was overcome with grief or driven to tears by the smell.

Just then, one child, sturdier and perhaps older than the rest, groaned piteously. Seconds before, Norbrook, frustrated, had raised his boot to kick the boy. Now he squatted and looked closely at the lone survivor while the doctor and I peered over his shoulder. The boy’s ribs showed above his swollen belly. His eyes seemed sealed shut, although I could see some movement behind the lids. His nose and jaw bore the marks of a recent attack, probably by barn mice. Norbrook gently rolled the boy on his side, uncovering a clump of sores and a festering wound in his arm.

A sour taste flooded my mouth. The boy groaned louder, as if in protest.

I had known that death could come at any time. You could keel over in the fields. You could be crushed under a wagon wheel, kicked by a horse, or have your skull split open because a slice of ham from a Thief’s table had gone missing, breathing your last while the hound that stole the meat was still choking it down.

The deaths in the log pen, however, affected me in a way that no others had and raised questions about life beyond Norbrook’s acres. Up to that time, I’d known nothing of the outside world beside the quiet town some ten miles from my home. I learned from the older Stolen that our Ancestors had been taken from a place called Africa, but I didn’t know how far away it was or if the people there would welcome us back. Our captors, in control of our world and everything in it, told us stories to keep us fearful. They warned us that a creature named Swing Low often appeared in the night to take disobedient Stolen to a place called Canada, where they’d be punished and likely killed. The Canadians, they said, wore coats with woolen collars made from the scalps of the Stolen they had murdered. Even worse, they craved the meat of Stolen children. We were not in agreement about the truth of such claims. We questioned them as much as their talk of a divine savior, a man named Jesus. From what we could tell, they believed that he had once died so that all Thieves could live again in a world beyond this one, that they could steal and rape and injure again and again but only had to say they were sorry and it would all be forgiven. Their names would then appear on a list in the hands of a man named Peter, who lived on a cloud and guarded the gates to a place called heaven. It seemed such a silly story, a tale that adults would cast aside when they left childhood behind.

But we had our own strange notions, and they, too, required a willingness to believe. Our elders taught us that words were mighty enough to change our condition. They whispered seven words into the ears of every Stolen newborn before the child was given a name, seven words carefully chosen for that child alone. After the child learned them he was expected to recite them faithfully each morning and night. I had my doubts. Again and again words failed to save us. Still, as unsteady as they seemed, they were often all we had. Without words of our own we’d have no choice but to see the world as they saw it. And even though we witnessed life unfold through very different eyes, we shared with our captors a need to believe that names could affect the turn of events. We called them Thieves; they called themselves God’s Children. We called ourselves Stolen; they called us niggas. Our language, our secret tongue, was our last defense.

Excerpted from Yonder by Jabari Asim. Copyright © 2022. All rights reserved. Published by Simon and Schuster. 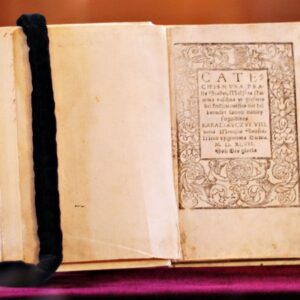 Lit Hub Weekly: January 3 - 7, 2022 “Nature is not sectioned off in this nonfiction, not treated as though it were separate from daily lives, or as...
© LitHub
Back to top