I am half-Japanese, half-Zainichi Korean, and have lived in the US for more than half my life. I have a green card instead of American citizenship, so it’s awkward for me to identify as an Asian-American. In an attempt to figure out where I fit in, I’ve been reading many books by and about Japanese, Japanese-American, half-Japanese, Zainichi Korean, and Asian-Americans—but it wasn’t until I discovered Yoko Tawada that I, an uncategorizable international person finally felt seen in a literary work.

Tawada, who lives in Berlin and writes in Japanese and German, has a tendency to borrow fantastical premises from folk tales that dip into mind-bending hypotheticals: What if a woman married a dog? What if it’s the children who grow ill, and the elders who thrive? What if an anthropomorphic polar bear in East Germany becomes a bestselling memoirist?

What if Japan no longer exists? That’s the premise of her latest novel, Scattered All Over the Earth, which follows six individuals of various national, ethnic, and gender identities, who somehow come together to aid a Japanese woman named Hiruko find another person who can speak with her in her native language. Meanwhile, Hiruko has invented a new language called Panska (a word combining “pan” and “Scandinavia”) which can be understood by most Scandinavians, but is so distinct that she is the only one who can speak it. The novel’s narrators rotate between the six characters as they travel together throughout Europe, looking to help Hiruko but also themselves.

Since the English translation of this novel came out in early March, critics have praised it as “mordantly funny,” or “deeply inventive,” and categorized it as “science fiction,” a “dystopia,” and even contrary to that, “the first great utopian novel of the 21st century.”

What none of Tawada’s critics seem to consider is the realism of her stories once you get past the hypotheticals, and the significance of her work on people like me who don’t easily fit into an existing national or ethnic identity. People who are gradually losing their mother tongue—a thing that is somehow deemed so sacred that to lose it would reveal a person’s laziness, or acceptance of cultural annihilation.

I still remember the day when my brain switched from thinking in Japanese to English. I was in fifth grade, in my third year of being in a public elementary school in Palo Alto after having grown up in Tokyo. I was having a fight with my Japanese mother about something probably trivial, and while I understood what she was yelling at me in Japanese, I felt utterly frozen when I tried to respond in her language. Instead, I blurted out my emotions in fluent English, lush with 90s Californian lingo (“Oh my god, Mom, you just don’t get it”). We continued our back-and-forth, understanding enough of each other while almost gloating in our language of choice.

It wasn’t until I discovered Yoko Tawada that I, an uncategorizable international person finally felt seen in a literary work.

My mother was the farthest thing from a “tiger mom,” never forcing me to go to Japanese school on Saturdays like other Japanese families, encouraging me to go forward with my studies in English even if it meant our conversations would continue to sound confusing to outsiders. Over the years, my mother, too, began to learn English as a hobby, taking the TOEIC English proficiency test for fun. She prided herself on being able to watch episodes of Sex and the City without using Japanese subtitles.

Later in life, she reconnected with a friend in Palo Alto and asked me to help edit her emails. She was simultaneously undergoing chemo for brain tumors, and perhaps consequently, her writing was filled with all sorts of grammatical errors and typos. But I, her daughter and sort of a bilingual, could understand what she was trying so hard to communicate.

In one of my most favorite errors, she had written, “It was a squirmy heartworm.”

Once I corrected this to “it was heartwarming,” the squirmy part no longer made sense, and I would lose so much of what she had originally wanted to convey. To her, the word “heartwarming” was not about a warmth on the heart but the heart squirming like a worm. In Japanese there’s a phrase that can be translated to “the heart quivers,” which might be what she had in mind. Hers was a phrase that existed just between the two of us, a quirky inside joke that I still carry with me more than a year after her death.

Back when I attended an international high school in Tokyo, my bilingual friends and I made up our own language that was similarly part-Japanese, part-English, that would make no sense to a monolingual of either. It was something we did in pure silliness. “That’s so yabbers” was a combination of English grammar and the Japanese word for “yabai,” a slang that literally means terrible but used to mean awesome or unbelievable. My mother, always looking for a moment to eavesdrop on me talking with my friends in this way, liked to call it Inter-go, an abbreviation of the word “international” followed by go, the Japanese word for language.

When I moved to New York for college, I happened to meet a 20-year-old who was just like me: a Japanese citizen who grew up in both countries, spoke both languages, and even went to the same international high school as I did, even though we didn’t know each other due to our age difference. He had his own version of Inter-go, it turned out, influenced by Japanese internet slang where a mere “w” meant “lol.”

In Nashville, where strangers are generally friendly and chatty, I’m constantly asked about Japan and the experience of being Japanese in the South.

We eventually got married. A decade passed. Throughout that time, we moved from New York to Nashville, and I slowly accepted the fact that that my husband and I were on our own strange island with our own language that, especially in the South, was not shared with a larger community. In fact, a world in which Japan only exists in the popular imagination as the “land of sushi”—like the supposed “science fiction” premise in Scattered—is exactly the one I currently inhabit in Nashville.

While this might sound like a horrific situation to some, I’ve found that being as strange as a talking polar bear comes with its benefits. In Tokyo, my outward appearance blended in with most people around me, but inside I was a foreigner yearning to get out. In New York, where most people around me also came from other countries, no one bothered to ask me about Japan because they thought it was impolite, or worse, they thought they already knew everything they needed to know.

In Nashville, where strangers are generally friendly and chatty, I’m constantly asked about Japan and the experience of being Japanese in the South, and I can tell that it’s often coming from a place of pure curiosity as opposed to racist assumptions. In Scattered, a character from India experiences the same shift when she moves from London to Denmark. “Some people say that asking an Indian too many questions about India is a kind of prejudice… but that kind of prejudice I don’t mind at all.”

As I spend more time in Nashville, I’m also meeting Americans who are passionate about Japan in a way that surpasses my own knowledge of the country and its customs. There’s a woman who leads forest bathing tours inspired by the Japanese practice of shinrin-yoku; a ramen chef whose passion originated from once hosting a Japanese exchange student; and a half-Japanese mom who can hear the subtle difference when her baby babbles with her English-speaking grandparents and her Japanese-speaking ones.

While I might be losing my ability to speak fluent Japanese the way I used to, I’m finding deeper connections with these Nashvillians than if I were to simply walk into a room filled with people who speak Japanese. A language, after all, is not just about the spoken and written word. It’s also about sharing food, music, plants, and art. It wasn’t until I came to a place where Japan was so distant from me that I realized I’d rather be half-fluent in a language but make one lasting friendship, than become fluent in multiple languages and have no one to talk to and become vulnerable with.

Throughout Scattered, different characters provide separate reasons for why the concept of a native language or a mother tongue is “rather childish.” When Hiruko realizes that the person she thought was Japanese actually was something else, she surprises herself with her own reaction: “When I found out we didn’t share a mother tongue, I wasn’t disappointed in the least. In fact, the whole idea of a mother tongue no longer seemed to matter; this meeting between two unique speaking beings was far more important.”

Another character named Knut, a Danish linguist, says he has doubted the concept of a “native speaker” for a long time. “Most native speakers are too busy to think much about language, and tend to use the same words and phrases all the time, whereas non-natives, who move back and forth between two languages, are always looking for new words and expressions, so which is more likely to have a bigger vocabulary?”

My mother kept writing to her pen pal almost all the way up to her death. English became harder for her to write towards the end, her brain filling up with even more tumors. It became harder for me, too, to understand her poetic intentions. But the fact is, she kept trying.

When Hiruko speaks Panska to someone she loves, she says “though it’s spontaneous and far from perfect, as the words flow alongside the wrinkles of my memory, picking up every sparkling thing, no matter how small, they take me to magical faraway places. Only Panska can take me there, not my native language.”

When I saw how others around Hiruko accepted her as a Panska speaker, I became nostalgic for the Inter-go from my high school years, the new Inter-go dialect that continues to evolve between me and my husband, and my mother’s miraculous expressions that emerged from her non-native efforts. I like to think that if my mother had read Scattered, she would have felt just as seen, as I did.

Yurina Yoshikawa has an MFA in fiction from Columbia University and teaches creative writing classes at The Porch Writers’ Collective. Her writing has appeared in NPR, The Japan Times, Lit Hub, Hyphen, The Pinch, and elsewhere. She lives in Nashville, Tennessee. For more information, visit www.yurinayoshikawa.com.
http://www.yurinayoshikawa.com 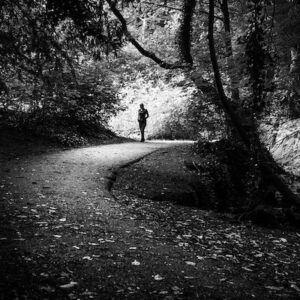 When I was eight, in 1981, my grandparents and I began to go for Sunday dinner at the Primrose Club. The Primrose Club was a swishy...
© LitHub
Back to top