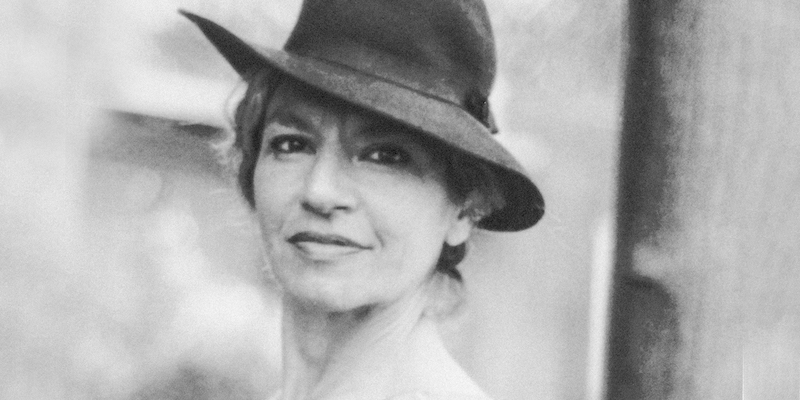 Yiyun Li on the Brilliance of Bette Howland

"Howland wrote a book that I thought was impossible to write."

A few years ago, before I left a psychiatric hospital in New York, the doctor who signed off on my release said to me, “You can write about your time here as long as you don’t name the hospital.” How mad, I thought then, would I have to be to write about this. What this was I didn’t want to articulate. I had set my heart to not remember, which, to my mind, was different from forgetting. To forget would be a disloyalty to my profession. To not remember felt like a necessity for writing, and for living.

Reading W-3, Bette Howland’s memoir about her stay in a Chicago psychiatric ward, I had a sense of reliving memory. Temporal and geographical settings matter little in the eternal struggle between lucidity and lunacy. The characters in W-3 could be the same people I encountered in S-6, the ward where I stayed: the loquacious and the wordless; the violent and the frozen; those who believed themselves to be unfairly locked up and those who celebrated their readmissions with fanfare. The unmistakable divides: Between races and classes. Where a patient came from and would return to—New York City or the suburbs, Manhattan or the other boroughs, an African American neighborhood or a Haitian American neighborhood in Brooklyn, a homeless shelter or a halfway home or one with a secure and private roof.

Another patient told me that every one of us had a book to write after leaving the hospital. Call it “Woman, Interrupted,” she said. No one, I thought, would be omniscient enough, lucid enough, selfless enough to write that book. What is in one’s possession contains one’s blind spot: luck, suffering, desire, misgiving; the wish to rewrite, revise, restart a life; the wish to withdraw and to depart. And, of course, our egos, vulnerable and recalcitrant. Preoccupied with our individual concerns, we forget that we are not that different from one another. “That was the trouble. There was no novelty. One gesture was stale, powerless, and unoriginal as the next. Nothing was original on W-3,” Howland writes. “That was its truth and beauty.”

Bette Howland wrote a book that I thought was impossible to write. Less personal than a conventional memoir—Howland herself occupies minimal space—it can be read as an encyclopedia of life in a psychiatric ward, written from within a mental turmoil yet with preternatural omniscience. Can a single entry, a single life, contain the entire encyclopedia? It is a preposterous question, but an exceptional book warrants questioning the improbable and the impossible.

Reading W-3, Bette Howland’s memoir about her stay in a Chicago psychiatric ward, I had a sense of reliving memory.

The best writing often grants the reader a new way to understand a narrative, a situation, a moment, even individual words. I am not so naive as to forget the politics of language, but reading W-3, I found myself thinking about two words in other than their usual settings.

Refugee/refuge: their Latin root is fugere, to flee; re– indicates a backward intention, to flee back.

Dissident: the Latin root is dis– + sed¯ere, to sit apart, to disagree.

Anyone in a psychiatric hospital could be called a refugee. One person’s reason for fleeing the world is not that different from another’s. The border between the unresolvable and unlivable is not clearly marked; often one crosses it before knowing it. W-3 starts when Bette Howland has already crossed the border and become a reluctant refugee. To flee backward is instinct, though back to what, one has no way to articulate. “What was I?” Howland writes. “It seemed to me that I was standing on the threshold of two worlds, and neither was particularly desirable.”

When I was in the hospital, a few patients had the idea of having a talent show on a Saturday—a change from bingo playing and Jeopardy! watching and endless waiting. An orphan, 19 years old, who had been homeless for months, rehearsed on the piano nonstop—she was a good pianist. A veteran who could barely leave her room sang “Amazing Grace” all day long, with different patients stopping by to practice with her. Community—as Howland portrays it—is a ubiquitous word that insists on how everyone should live in W-3 or S-6, outside of everyday life yet loyally imitating the life outside. Community is what life is, unless, of course, one resists: to disagree, to sit apart.

Was Howland the writer a dissident in life too, not in opposition to any regime or politics but to defy expectations, which she would have known how to meet (had she wanted that for her career)?

Different people tried to get me to participate in the talent show. The young pianist placed her hands on my ribs and asked me to say Ahhh, explaining how to project from the diaphragm. Alas, I have no talents to offer, I said, but an audience member’s appreciation. I was not being entirely genuine. I was a staunch yet indifferent dissident, which I believe marks the difference between Howland and me. She was a dissident too, sitting apart, but she was also sitting very close, the distance between her and the W-3 community nearly imperceptible. In this book she presents little disagreement with herself or her community. Was there disagreement at all? Her position seems to me ambivalent: there she is, a resident and a dissident. Neither position entirely desirable, she nevertheless moves from one to the other with chameleonic ease. Perhaps that is why she could write this impossible book. A pure dissident is reactive; a pure resident loses perspective.

W-3 was Bette Howland’s first book, published in 1974. She published two more books, won a MacArthur Fellowship, then disappeared from public attention. In 2015, when Brigid Hughes of A Public Space found a copy in the one-dollar bin at a secondhand bookstore, her work had long been out of print and forgotten. I often think about those years, and I wonder if this book offers some clues. Howland is a dissident in W-3. Was Howland the writer a dissident in life too, not in opposition to any regime or politics but to defy expectations, which she would have known how to meet (had she wanted that for her career)? Her guiding principle seems to have been simply to observe. I have often equated willfulness with a wish to negate or to propel, though Howland’s willfulness feels neutral: to watch the world in such an attentive way that through observing, the writer can nearly free herself from her blind spot. Nearly, yet never entirely—the latter would be the biggest blind spot of all.

But the world often prizes digestible narratives and claimable positions, and blind spots are sometimes granted privileges above perceptions. To bring Bette Howland’s work back to the public is a reminder that observing and remembering are not passive but intensely and inwardly active. 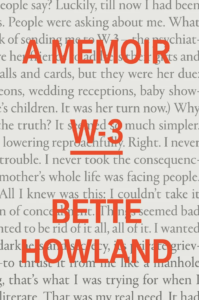 From the Introduction to W-3 by Bette Howland. Copyright © 2021 by Yiyun Li and reprinted with permission of Public Space Books.

Living That Van Life, Before It
Was a Hashtag 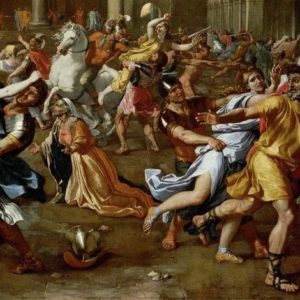 The spectacle of thousands of Trump supporters overrunning the Capitol building on January 6 jarred even the most jaded political...
© LitHub
Back to top
Loading Comments...