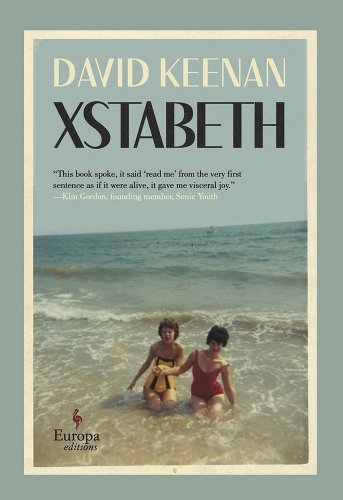 The following is excerpted from David Keenan's new novel, Xstabeth. Keenan’s This Is Memorial Device won the Collyer Bristow Award for Debut Fiction and was shortlisted for the 2017 Gordon Burn Prize. His second novel, For the Good Times won the 2019 Gordon Burn Prize. His fourth novel, Monument Maker, will also be published by Europa. He lives in Glasgow, Scotland.

When I was small and the trees were very high. This was in Russia. My dad was a musician. A famous musician. But he was friends with a musician who was even famouser. I went to his lecture. The famouser musician. He did a lecture. His speciality was moral philosophy. But in this lecture it was different. In this lecture he spoke against morals. I couldn’t believe it. My teenage mind was like that. What. He said it was okay to be immoral. That’s what he said. In so many words. Words like “permission,” “authority,” “refusal.” “Autonomy.” I remember that one. “Belief.” That was still key. Funnily enough. Afterwards we went with him. My father and I. And we drank vodka. I know it’s typical. But we also drank stout. Russian imperial stout 12 per cent. That’s also typical. I asked him a question. I said to him you mentioned permission but who is asking permission and who is giving it. If you know what I mean. I just came right out with it. He said it was a good question. That’s a good question. He said. He was from Moscow. Originally. Typical. Typical of intellectuals to come from Moscow. Or the Urals. I knew a few from the Urals but I was too nervous to approach them on the whole. This was different. He was a musician. Somehow that made it different. Softer. I pushed my point. I pursued my question. But at first he just kept looking into thin air. How can you just be bad. I wanted to say. But of course that was illiterate to a Russian. So I phrased it a different way. How can you give yourself permission. I said. I used one of his words strategically. How can you give yourself permission to perform acts that go against yourself otherwise why do you need to give yourself permission to do something if it comes naturally anyway. I said. That’s a good question. He said. He said it again. I began to realise that a good question was something that would stop you in your tracks. Well. He said. There are all sorts of things that have given you permission that weren’t you and that you never knew you wanted to do anyway. I know in a way that’s elementary philosophy but at the time it really struck me. Like what. I said. Well. He said. Do you think it is beautiful to be on the beach at night beneath the stars. This guy was from Moscow where a beach with stars is more than a dream. Yes. I said. It’s romantic. Who doesn’t. Especially in Moscow. All the time my father was just observing me. He was seeing how I was doing up against an intellectual who was famouser than him. What if it’s freezing cold at night. The intellectual musician asked me. What if you are standing there shivering and in the distance you can smell sewage. This is a Russian beach. I said. For sure. It’s still a beach under the stars. I said. Nothing can change that. What if I told you someone was murdered there. He said. I didn’t see that coming. It’s a beach in the dark. He said. You know nothing.

I had an affair with the immoral musician. Who was famouser than my father. I say it was an affair. But I wasn’t cheating on anyone. Neither was he. At first. But it was an affair because I had to hide it from my father. Who would have been jealous of the famouser musician who was having an affair though not really with his daughter. It started when he slipped his hand onto my leg on the first night. Which was the night after his talk. Which was the night of the beach in the dark. He slipped his hand onto my thigh. Which was bare and had goosebumps from the cold and from his touch. Which was sudden and exciting. But which didn’t linger. Honey. He said. He called me honey. It’s a big bad world out there. He said. Then he said something else. He said one never knows. I thought to myself what kind of a Russian speaks like Shakespeare. Like Dostoevsky. Surely. Like Tolstoy. Perhaps. Like Solzhenitsyn. No doubt. Plus. The famouser musician had a beard like old Solzhenitsyn too. Or was that Gogol. A beard where it just grew down from beneath the chin. I thought to myself. This could bean education. It was confusing how he said it though. I thought does he mean one never knows but two might know. Or that two together had a chance of finding out. Moscow intellectuals are as cryptic as ever. Even if they don’t survive on black bread and water in a garret anymore. Then I thought. Does he mean that one never knows ever. And that it was even impossible to read his own intentions. For good or for worse. That gave me athrill and scared me at the same time. A beach in the dark. I thought to myself. Who knows what has taken place. I was starting to come round to his way of thinking. It had only taken me half an hour. Then my father came back to the table and they began to talk about old times together. I felt excluded. Especially when they got really drunk and the famouser musician took out a penknife. He wanted to play the game that Russians love. Which despite what everyone says isn’t Russian roulette. Most people in Russia can’t afford a gun with bullets missing. Even though the black market is everywhere. No. It’s five-finger fillet that the Russians love the best. Because everyone has a penknife. You spread your hand out on a table and then stab a knife quickly back and forth between your fingers. There’s a reason why Russia has the least fingers. But the famouser musician had perfect hands. That’s what I noticed. I thought we really don’t know what is going on here. Either he was the best player of the game Russia has ever seen. Or he was bluffing and had never played it before. Which was unlikely with him being a famous musician and a moral philosopher and a drinker too. But when he asked my father to go first. When he asked my father to go first I got a terrible feeling. Like he wanted my father to stab himself right through the back of his palm and attach himself to the table. So that he could make off with his daughter. He looked at me for a second. Then he said. Let’s see what the old man is made of. That only made things worse. Of course my father had his own penknife. A blue Swiss Army number. But he was so drunk that he opened it up at the corkscrew and not at the blade. The famouser musician laughed at my father. You old fool. He said. We’re trying to open your hand not a bottle. That gave the game away right there. He did plan to have my father stab himself. Though not really. It wasn’t as if my father was under his control. Besides. Everyone played this game when they were drunk. That was normal. But I did wonder how my father could mistake a twirly corkscrew for a straight blade. He must be far gone. I thought. But then I wanted to stick up for him. He’s fucking with you. I said. Just like that. I pretended that my father was acting the goat. Stop fucking with him father. I said. I reached out and closed the corkscrew and opened up the blade which was inevitably rusty. Russian penknives tend to be well loved. That’s another thing. My father didn’t respond. I think he realised his mistake and was becoming nervous. He put his hand on the table and he placed the blade slowly and carefully between his thumb and forefinger. Like he was lowering a crane into position. He had one eye closed like he was painting a miniature Madonna. Then he went for it and came out without a nick. Then he looked at the famouser musician and he took his penknife and threw it across the road and into the river. But all the time he didn’t take his eyes off the famouser musician. A Russian throwing his penknife into the river is the ultimate insult.

Catherine Cho on Curtis Sittenfeld, The Book Thief, and The Little House on the Prairie 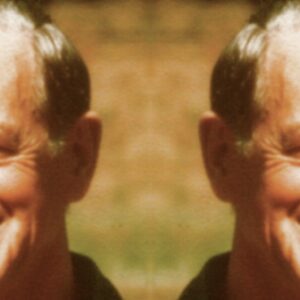