Ladee Hubbard Reflects on the Erasure of Racial Violence, Rather than Its Disavowal

The Rib King is the story of an African American man who, roughly 100 years ago, posed for the image used on the packaging label of what becomes a popular, nationally distributed brand of meat sauce. It will be published the same year that Aunt Jemima is set to be removed from the packaging of the pancake mix that, for over 100 years, has borne her name and likeness.

Like the fictional Rib King in my novel, the character “Aunt Jemima” has its roots in black-faced minstrelsy, an extremely popular form of entertainment at the turn of the last century. The character has undergone numerous updates over the years, but her origins as an incarnation of the popular mammy figure remain implicit in the association between a smiling Black woman offering nourishment and the overly familiar designation of “Aunt,” which historically signified less a literal familial relationship than a form of entitlement and ownership with respect to her identity.

Her retirement was precipitated by the intensity of this past summer’s global demonstrations against systematic racism. It was thus a forced capitulation to the reality that the continued appeal of an icon with origins in dehumanizing images of Black people speaks to a wider cultural context where Black life is still routinely devalued.

This wider context makes the numerous updates Aunt Jemima has undergone over the years both beside the point and its own story—the story that most directly informed my novel. When I wrote it, one of the things with which I was specifically concerned was how attempts to erase the racial violence of the past—as opposed to explicit disavowals—contribute to the perpetuation of racial violence in the present.

Like the fictional Rib King in my novel, the character “Aunt Jemima” has its roots in black-faced minstrelsy.

Research for The Rib King began many years ago when I wrote a dissertation on the Chicago World’s Fair of 1893. At the time, I was interested in mass tourism and trying to trace it back to its origins by looking at a time in U.S. history when the concept of “leisure travel” was, for most Americans, a new one. In the process of writing it, I became aware of how many cultural changes, improvements in transportation, and technological advances at the turn of the last century gave rise to new ways of talking about and representing race, class, and gender. Beyond tourists, the idea of “cosmopolitans” and “tramps” were popularized during this era, which also saw the beginning of the Great Migration, when thousands of African Americans made their way to the northern United States. Many of them, like the characters in my novel, were fleeing racial terrorism in the South.

The Chicago World’s Fair is often seen as a seminal event in the history of U.S. mass tourism because it attracted so many visitors, many of whom were, for the first time, traveling not for work or literal opportunity but for edification. In that sense, it was a specific cultural event, where the symbolism attaching itself to the movement of people directly intersected the symbolism attaching itself to the circulation of commodities. World’s Fairs were conceptualized as a chance to, among other things, introduce the public to new technology, ideas, and products specifically associated with the rise of global capitalism. Going to the World’s Fair was an educational experience because it was an opportunity for people to place their individual circumstances and labor in a wider context by connecting themselves to the spectacle of the vast cornucopia of new products that had resulted from it.

One of those products was Aunt Jemima pancake mix. Like Cream of Wheat and many other products still consumed today, Aunt Jemima pancake mix was presented at the Chicago World’s Fair of 1893, where the character was performed by an African American woman named Nancy Greene. The use of minstrel stereotypes to sell products said a lot about the state of racial discourse at the time. Caricatures of Black people, recalling their association with slavery, appeared on a number of new products, presenting them not as people but “things” that did the work for you. These products were being offered as “slaves in a box” (to remember the term by Maurice M. Manning’s book of the same name) but these slaves were no longer the exclusive preserve of a white elite; through the beneficence of global capitalism, the privileges of ownership were now being made available to the mass of consumers.

Products like Aunt Jemima demonstrate how early consumerism was entangled with the discourse of white privilege. Products marketed in this manner were meant to elevate the status of the (assumed white) consumer by positioning their purchasing power as an exercise not only in class privilege, but racial privilege as well. They also signaled a confused admission of the country’s underlying dependency on the cultural contributions of African Americans, in that their presence on the box, however denigrated a form it assumed, was somehow taken to convey a promise of consistent quality and reliability.

Products like Aunt Jemima demonstrate how early consumerism was entangled with the discourse of white privilege.

The Rib King is an attempt to engage that contradiction. When I wrote it, I was interested in the ongoing struggle of Black people to be recognized not as objects but as producers of culture. In the book Mr. Sitwell, the man who becomes the Rib King, does not just pose for the image on the label. He creates the sauce, along with a Black woman chef whose contributions are, despite the efforts of those who know her and want her to be remembered, completely erased from the historic record.

With respect to these erasures, the brand icon that most inspired the Rib King was not Aunt Jemima but Rastus, the Cream of Wheat Man. Cream of Wheat is another product introduced at the World’s Fair of 1893, and, like Aunt Jemima, is also slated for retirement this year. Unlike Aunt Jemima, Rastus does not give the product his name and, interestingly, does not appear to have ever undergone any significant updates over time. He exists today much as he always has—a largely anonymous, smiling Black chef.

It was the anonymity, ubiquity, and enduring nature of Rastus’ smile that drew me to him. I was interested in the possibility of the man behind that masklike smile and wanted to write a book about what he might have made of the world he has spent over 100 years looking out on. In that sense, I was less interested in Rastus than in all the things his image on the box manages to both conceal and reveal at the same time—not as a representation of an actual human being but as a reminder of all that Black people have accomplished and contributed to this culture despite it. 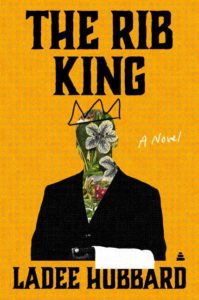 Ladee Hubbard’s The Rib King is out now from Amistad Press.

Ladee Hubbard is the author of The Talented Ribkins which received the 2018 Ernest J. Gaines Award for Literary Excellence. Her writing has appeared in Guernica, The Times Literary Supplement, Arkansas International, Copper Nickel and Callaloo among other venues. She is a recipient of a 2016 Rona Jaffe Foundation Writers’ Award and has also received fellowships from Art Omi, the Sacatar Foundation, the Sustainable Arts Foundation, Hedgebrook, and the Virginia Center for the Creative Arts among other places. Born in Massachusetts and raised in the U.S. Virgin Islands and Florida, She currently lives in New Orleans with her husband and three children. 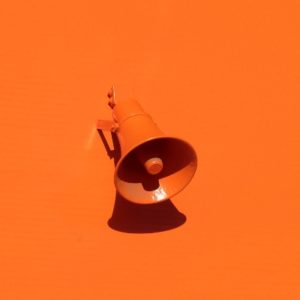