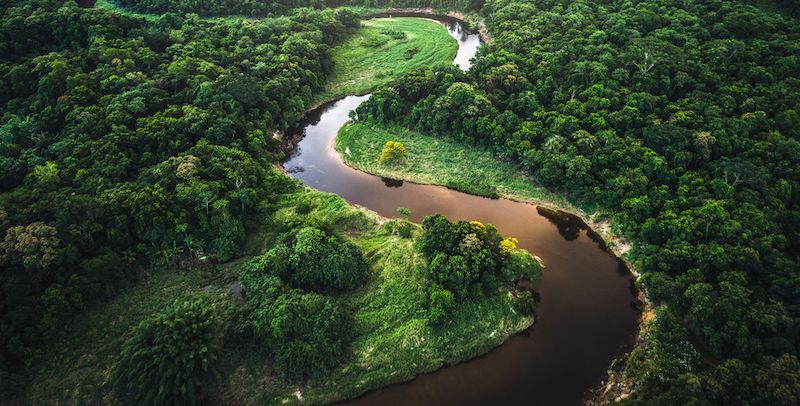 It was easy to be distracted at the start of 2017 when I was writing a manuscript about a potentially cataclysmic event. It wasn’t the one I feared, nor was it the one lying in wait at the turn of 2020. I focused on a plot with cosmic collisions; comets and asteroids are fascinating, after all. They held my attention until I couldn’t ignore current events that read more and more like the science fiction I was crafting.

That year, the incoming Trump administration removed all mention of climate change from the White House website in January, and ordered the US Environmental Protection Agency to do the same. The following month, Trump acted with his majority in Congress to revoke the Stream Protection Rule, which had placed certain restrictions on the disposal of mining waste in waterways, and confirm Scott Pruitt as the new head of the EPA. While he was Oklahoma’s acting Attorney General, Pruitt had often sued the agency to challenge its regulations. All around me, there was a backlash against environmental protection, science, and truth itself.

Writing a novel about saving the only known life-sustaining planet in our galaxy compelled me to save the Earth in our own timeline. So I began researching the last wild places on Earth: the Amazon and the Arctic, where the last battles against the climate crisis will be waged. For humanity to survive, it must stem the burning of the Amazon, halt the melting of the Arctic, and prevent the further rise of global temperatures and the extreme weather that results from it.

I studied first-hand accounts of those landscapes in writing, photography, and video because I couldn’t physically travel to the South American equator and the northern pole (I had a full-time job and those ecosystems would likely kick my ass; being hostile to human habitation is how they survived in our Anthropocene age). But I had to tread carefully; as The Economist has stated, “Climate change is a notoriously tough subject for novelists,” a fact that is as real to me now as it was in 2017.

Writing a novel about saving the only known life-sustaining planet in our galaxy compelled me to save the Earth in our own timeline.

One big reason for that: A story about climate change needs an ambassador for the cause. For many people, the facts just don’t make a difference; ecocide, deforestation, and the loss of species that are evolutionary marvels just don’t register. At least, that has usually been the outcome of my own discussions around climate change. Only when humans are affected directly, do others feel compelled enough to act. I needed a real human story as a basis to inspire empathy and show the threat of extinction to a people, as well as the creatures that surround them.

That was when it became clear to me that my story needed to feature the Wayãpi of the Nipukú River, one of the last Indigenous tribes to exist completely independently of modern technology. Most other such tribes had been wiped out or forcibly assimilated by 1974, the year that anthropological linguist Alan Tormaid Campbell arrived in the Wayãpi village by the Nipukú in his account Getting to Know Waiwai. These Wayãpi came close to extinction when their numbers dwindled down to only one village with 152 people. Here was the potential permanent loss of a people, a culture, and a language; here were my ambassadors.

I couldn’t find any current information on the Wayãpi, although the different spellings of their name—Wayapí, Waiapi, Wayampi, Wajãpi, etc.—made research difficult. I feverishly hoped that they were still living in the northeastern forests of Brazil and surviving invasion from illegal gold panners, loggers, missionaries, disease, and deforestation. Today, the forest where they lived was burning at such magnitude that the astronauts on the International Space Station could see the fires at night.

As I wrote a chapter about those astronauts, the Wayãpi hit the news after almost four decades. Michel Temer, Brazil’s president, issued a decree that removed protection from a large area of Amazon forest that included eight conservation parks and two Indigenous land reserves. Environmental activists alerted the international press and journalists followed up on the story. With the world watching, a federal judge blocked the decree. Temer was not a king, but a president that needed approval from his National Congress.

However, this was only one victory among the many environmental defeats in Brazil. From 2006 through 2017, the country lost around 91,890 square miles of forest, which scales to an area larger than New York, Vermont, New Hampshire, New Jersey, and Connecticut combined; mass destruction had happened in just in ten years, and fires kept spreading into the future. In the fall of 2018, Brazil elected Jair Bolsonaro as its 38th president. He wasted no time on his agenda, announcing, “Where there is Indigenous land, there is wealth underneath it.” Bolsonaro attacked the legal protection granted to Brazil’s 305 ethnic groups, the last stewards of the Amazon forest.

A story about climate change needs an ambassador for the cause. For many people, the facts just don’t make a difference; ecocide, deforestation, and the loss of species that are evolutionary marvels just don’t register.

This is what the Wayãpi ambassador in my story faced. He has two names—Gustavo, a Brazilian name given by a missionary, and his Wayãpi name, Wanato—and I hope he can bear witness to this destruction.

Now, my manuscript had two potential apocalypses included. But I was going to need heroes to save the planet—lots of them. It’s no wonder that I chose scientists. During a rise in nationalist politics when our new president pulled the US out of the Paris Agreement and walked away from a pact with our allies, I created characters that knew how to reach across borders and collaborate for the greater good.

Most of my characters were invented, like Dr. Benjamin Schwartz from NASA’s Center for Near-Earth Object Studies, Dr. Maya Gutiérrez from UC Santa Barbara’s Marine Science Institute, and Dr. Zhen Liu from China National Space Administration. Chapter by chapter, these characters demonstrate the cooperation, ingenuity and altruism of our species when the chips are down.

Heroes like these exist throughout history. In fact, some of my characters are modeled after specific instances of them. Dr. Siegfried “Ziggy” Divjak is inspired by Dr. Siegfried S. Hecker, the Director of Los Alamos National Laboratory during the collapse of the Soviet Union. Hecker collaborated with Russian nuclear physicists—former enemies—to secure nuclear arsenals during growing unrest. He’s the perfect example of how scientists have fought to protect our future—sometimes from ourselves.

I had all the characters I needed to save the planet and complete the manuscript. I found a literary agent at the end of the year, and then a publisher in early 2019. Together, we titled the book The Effort for the work that is done by Indigenous peoples like the Wayãpi, environmental activists, and scientists that point to danger and plead: Don’t look away. 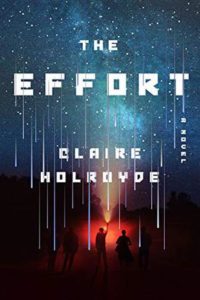 The Effort by Claire Holroyde is available now via Grand Central Publishing.

Claire Holroyde is a writer and graphic designer living outside of Philadelphia. The Effort is her first novel. 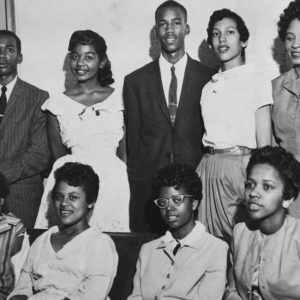 Emmett Till’s death and the Black newspapers that came into my Pennsylvania home created a great vulnerability and fear...
© LitHub
Back to top
Loading Comments...