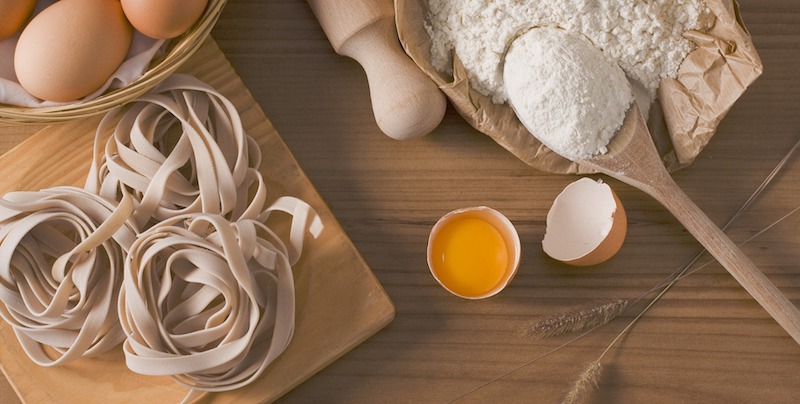 Butter, Cheese, and a Race to Create the Perfect Popover

For fifteen years, my step-grandfather Mr. Bill warned me that if I wanted a husband, I had to learn to cook.

“Learn to cook yet?” he’d goad, jabbing me in the arm and chuckling at every family get-together from my teens through my early 30s. I laughed him off as an old-school southern grandpa and, after college, moved to New York, where no guy I met expected a woman to know her way around a kitchen, if her apartment even had one. As for me, I was entirely comfortable with a rusty half-stove because I never used it. I was raised on Lean Cuisines, WOW chips before we all learned Olestra was killing us, and microwave pancakes. The theme of Adkins family cuisine was expediency with a low-fat subtext, an attitude I happily retained into adulthood. My idea of a homecooked meal was slapping a salmon filet on a skillet and leaving it there until it turned a lighter shade of pink. Seasoning meant salt and pepper. Oil was so things didn’t burn. Until 33, I didn’t know there was difference between “bake” and “broil” on the oven. I once caught fire to my hand trying to use a paper towel as an oven mitt. My dermatologist told me to stop making toast because I kept showing up with burns.

When I did eventually marry, it was a seamless (literally!) transition: We ordered takeout almost every night from the Seamless food delivery app. When we started to feel gross, my husband was the one step up and pull out a pan.

Then I decided to write a novel about a chef because creative impulses don’t always make sense.

While I’d gone through an MFK Fisher obsession in my 20s, it had been years since I’d really read much food writing. I rifled through stacks of $1 books at my local Salvation Army until I came upon a collection of stained, warped copies of The Best Food Writing from the ‘10s, then made my way through them. I pored over forums and discussion board and personal essays online, studying how people in the industry conversed about food. I didn’t learn to cook, but I learned to talk like I did.

I educated myself in how coconut flour differs from regular flour at high temperatures, how certain oils and butters can be swapped out to varying effect, and how nut flours behave in the oven.

Five years after I’d begun drafting the novel, my agent called to tell me that a publisher had made an offer. I was standing under an awning on Astoria Boulevard in Queens, soaked, caught in the rain without an umbrella. With my phone pressed to my ear I shivered ferociously, unsure if it was from relief, joy, or cold.

“Can you add some recipes?” my editor’s email read several weeks later. I exhaled. I’d created a fictional chef—not just a chef, but Jade Massey, a chef at an award-winning New York restaurant. How was I going to create recipes that Jade would make?

I knew what mattered to Jade, in terms of cooking principles. In the wake of her sister’s early death, she was in an anti-sugar phase, determined to marry delicious cuisine with nutrition. I came up with a couple of theoretical concoctions that might interest her, and then the work began. I educated myself in how coconut flour differs from regular flour at high temperatures, how certain oils and butters can be swapped out to varying effect, and how nut flours behave in the oven. I learned about the astonishing power of egg whites. I read up on the disparate effects of muffin tins, popover pans, and mini-popover pans. Armed with my tentative recipes, I collected my supplies one Thursday afternoon and donned, for the first time ever, the apron I’d been given at my bachelorette party on which my sister had written, “I wear this when I apply heat to food.” I was ready to face that heat.

A PSA: tapioca flour only appears to be a normal, cohesive kind of powder that can be scooped and dumped like other flours. No—the moment it makes contact with any matter, it poofs into a cloud and settles on every surface within a five-foot radius. By my third hour in the kitchen, the walls, floor, and countertop were coated white. I’d also by that point learned that one’s oven is a unique, special snowflake; it doesn’t dare conform to generalizations about oven behavior on the Internet. By the ninth hour, I’d figured out that I did not need to make an entire batch of Brazilian cheese popovers to test a single recipe change; rather, I could make only a couple. That was an eighty-dollar lesson.

For three days, I worked. On the seventeenth round of popovers, I opened my maverick of an oven to find that I—or the culinary gods—had successfully popped over a popover. It was breathtaking. It was gorgeous. I took a picture to send to my husband, then changed the angle and lighting and took a few more, like it was a child, not a ball of cheese and egg. Moments later he wrote back, “How does it taste?”

The next batch was always going to be the last. If I added one more egg white, or took away ¼ a cup of flour, success was imminent.

I went back to work. I was obsessive. Hours passed. I stopped thinking about meals, and stopped having them—I’d tasted so many thick, glue-like lumps of cheesy dough that I couldn’t stomach the idea of eating. I also felt like I’d lose momentum. I was so close. The next batch was always going to be the last. If I added one more egg white, or took away ¼ a cup of flour, success was imminent.

When I answered my husband’s phone call, “What?!” I was, without realizing it, embodying some aspect of Jade—the part of her that stood in contrast to Iris, her sister in the novel.

In my novel Jade’s sister Iris bakes because she loves it; there is no urgency, no frantic drive toward an elusive ideal. Iris bakes the way my own sister bakes—there might be humming involved. Iris would not answer the phone “What?!” while filling a water bath for a cheesecake. But Iris was not an haute-cuisine chef. Or writing one.

Because that’s what my three days of recipe invention really led me to discover: not just what Jade might have created, but who Jade was.

In fiction-writing, we draw from what we know, and then we write past it. We invent. Inevitably, there are moments in which I think, “I don’t understand this character’s experience enough. There is more to discover here.” The farther the characters’ experience from my own, the more often this moment occurs.

It took a couple more weeks of experimentation before I was satisfied with the results. When I sent off the revised draft several months later, I knew that my time in the kitchen had accomplished more than just one recipe.

Mr. Bill hadn’t been right about cooking to land a spouse, but he’d not been wrong about cooking uniquely leading to somewhere important: For Jade, I’d had to learn.

Mary Adkins is a writer whose work has appeared in the New York Times and The Atlantic. A native of the American South and a graduate of Duke University and Yale Law School, she lives in New York City with her family. She also teaches storytelling for The Moth. 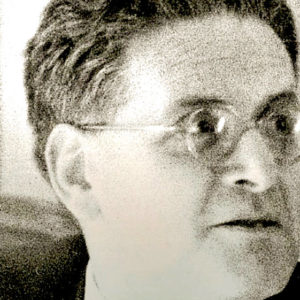 The note is small. A thin piece of paper, brown with age, of obviously poor quality, though the words typed on it remain...
© LitHub
Back to top