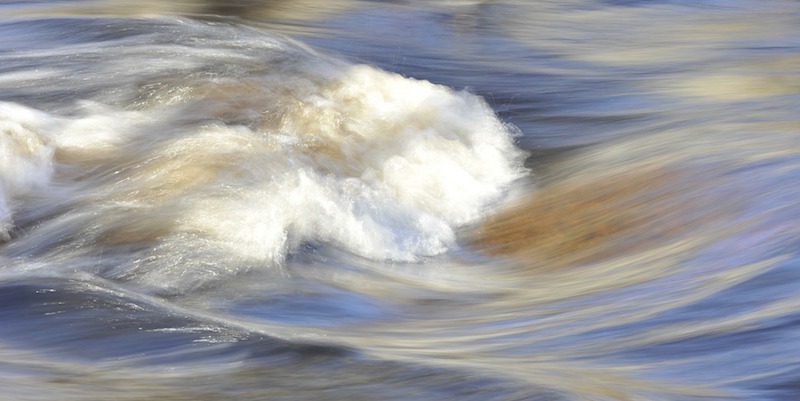 Adam Sol on 'Ode to Drinking Water from My Hands'

Odes are songs of praise, to a person or an event or an object—a wedding poem, or epithalmium, is a kind of ode, as are a lot of nature poems. Often, an ode can be a way to meditate on what makes the subject worth praising, so the topic can be less direct than the title implies. For example, the way I read John Keats’ “Ode to a Nightingale,” the real subject of praise is how we lose ourselves (briefly, fleetingly) when encountering something truly beautiful. You could say the nightingale is a vehicle for the poet’s praise of that feeling of losing oneself.

The great 20th-century Chilean poet Pablo Neruda wrote a series of odes in the early 1950s that are some of his most plain-spoken and accessible poems. If you’ve had trouble getting past the lush surrealism of Neruda’s love sonnets or the more epic scope of his Canto General, the odes are a great place to start. Partly motivated by a political desire to speak to (and on behalf of) common people, Neruda wrote odes to mundane things like “Ode to My Socks,” “Ode to Broken Things,” and “Ode to the Tomato,” praising their usefulness and lack of pretention but also elevating their commonness by focusing his lyrical attention on them. The poems are also full of whimsy and joy and often a bit of nostalgia. He expresses regret that we have to “assassinate” the tomato to enjoy its freshness, and wonders at how his clothes “make me what I am” and vice versa. A teacher of mine once remarked that Neruda wanted to eat the world, and there’s something boldly loving in these poems that is only matched in my reading experience by Walt Whitman.

I mention Neruda because he’s clearly one of the presiding spirits for Ross Gay’s Catalog of Unabashed Gratitude, the book from which this poem is drawn, and which contains a number of odes and praise-songs. The impulse to praise the simple and straightforward, even perhaps a socio-political desire to elevate the mundane by focusing poetic attention on it, is similar in both poets. But there are also some interesting points of departure. For one thing, Gay’s odes are mostly about actions rather than things. Neruda’s tomato, clothes, and yellow bird become Gay’s “Ode to Sleeping in My Clothes,” “Ode to Buttoning and Unbuttoning My Shirt,” and here, drinking water with his hands. I want to explore this difference, but first here’s the poem:

Ode to Drinking Water from My Hands

which today, in the garden,
I’d forgotten
I’d known and more
forgotten
I’d learned and was taught this
by my grandfather
who, in the midst of arranging
and watering
the small bouquets
on mostly the freshest graves
saw my thirst
and cranked the rusty red pump
bringing forth
from what sounded like the gravelly throat
of an animal
a frigid torrent
and with his hands made a lagoon
from which he drank
and then I drank
before he cranked again
making of my hands, now,
a fountain in which I can see
the silty bottom
drifting while I drink
and drink and
my grandfather waters the flowers
on the graves
among which are his
and his wife’s
unfinished and patient, glistening
after he rinses the bird shit
from his wife’s
and the pump exhales
and I drink
to the bottom of my fountain
and join him
in his work.
— from Catalog of Unabashed Gratitude
(University of Pittsburgh Press, 2015)

If you’ve perused any of Neruda’s odes, you can see right away that the form here is a direct imitation/homage—the short lines, the straightforward language. The form forces us to slow down, but not in a way that feels pretentious. To me it reads more like the deliberate, present-tense wandering of the imagination as it connects back to memory. The act of drinking from his hands, which the speaker does “today, in the garden,” reminds him of his childhood when he first learned this skill from his grandfather.

By focusing on an activity that is meaningful in his individual way, Gay’s efforts feel welcoming, open to participation by us as readers.

So back to the question of actions versus things. In this poem, and in the other odes I’ve seen by Gay, the action being praised isn’t significant in and of itself. This is in contrast to Neruda, who seems to want to elevate the subjects of his attention, in part just by virtue of his attention. This is a little unfair to Neruda, but I get a vision when reading his odes of all the little items of the world—marbles, pieces of string, dead mice—waiting outside his study hoping for him to bestow his poetic attention upon them. And that he would make time for them all if he could. Neruda’s vision (like Whitman’s) is all-embracing, and a little self-important.

Gay’s odes, on the other hand, don’t presume any kind of universalism. When he praises “drinking water with my hands,” there’s no presumption that this activity is as meaningful for everyone else as it is for him. (Notice how all of the titles of the Ross Gay odes I mentioned above include the word “my.” They are intended, without apology, to be specific to his own experience.) Drinking water with his hands today, in his own garden, reminds the speaker of his own grandfather watering graves—“mostly the freshest,” but also his own—and it’s that reminder that makes the action worthy of praise. The action calls forth a whole host of feelings of grief and love, not to mention the sensual memories that get brought up with it—the sound of water coming up the pipe “like the gravelly throat / of an animal,” or the “lagoon” that appears in his grandfather’s hands. I love that word “lagoon,” how it evokes the massive size (in the speaker’s childhood memory) of his grandfather’s hands. These memories and feelings are what’s really being praised.

Weirdly, by focusing on an activity that is meaningful in his individual way, Gay’s efforts feel welcoming, open to participation by us as readers. Instead of a line of little items waiting for Neruda’s attention, I get an invitation: “This is how drinking water from my hands is meaningful for me; what simple actions are meaningful in this way for you?” I don’t personally have any strong memories connected to drinking water out of my hands, but reading this poem I’m reminded of cracking my knuckles with my own grandfather, holding up my hand to his to measure its size, and am tempted to write my own “Ode to Cracking My Knuckles,” to participate in a dialogue with Ross Gay. So the poem evokes not just his own memories, but summons similar ones in a total stranger—no small feat for a praise song. What might your memory be? 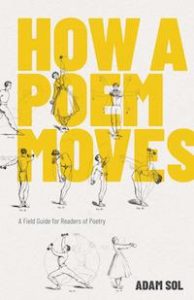 Excerpted from How A Poem Moves: A Field Guide for Readers of Poetry by Adam Sol. © 2019 by Adam Sol. All rights reserved. Published by ECW Press Ltd. “Ode to Drinking Water from My Hands” from Catalog of Unabashed Gratitude, by Ross Gay, © 2015. Reprinted by permission of the University of Pittsburgh Press.

Adam Sol is an award-winning poet, writer, and teacher. He has published four collections of poetry, including Crowd of Sounds, which won Ontario’s Trillium Book Award. He lives in Toronto, Ontario, with his wife, Rabbi Yael Splansky, and their three sons. 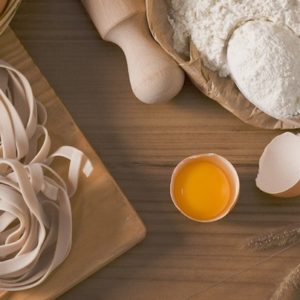 For fifteen years, my step-grandfather Mr. Bill warned me that if I wanted a husband, I had to learn to cook. “Learn...
© LitHub
Back to top
Loading Comments...