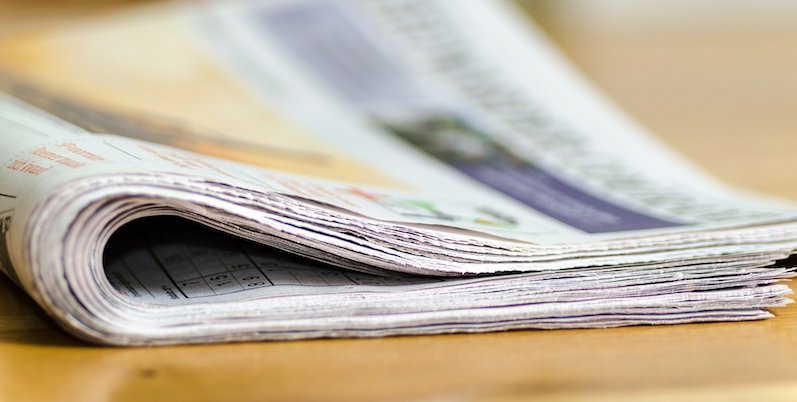 The newspaper has been shrinking for years, losing pages the way a sick person sheds weight. The Monday edition of the Eau Claire Leader-Telegram is now so thin that a reader can skim its pages in a matter of seconds. Sad, yes. But this isn’t a sad story, the story of another small-town newspaper gone belly-up. This is a story about place, about craft, about community, and about exchanging ego for something more valuable—citizenship.

When my wife and I moved our family back to our hometown after fifteen years away, one of the first things we did was subscribe to the Eau Claire Leader-Telegram. And when the delivery-driver pounded a heavy steel stake beside our mailbox and hung an orange newspaper-box along our rural road, I felt a sense of community, yes. I was buying into something that didn’t necessarily make sense, but that was surely bigger than me, or my family. This was another kind of stake—an investment—in local journalism, in local journalists, in our place.

I knew the paper was struggling financially, knew that oftentimes, the news I’d read in my morning paper was hours, even a day old—like going to a market to willingly buy wilted flowers or hazy-eyed fish. And yet—I knew the LT would hold stories not available anywhere else on the planet: a city council race, a school-board member who vanishes, a super-intendant of schools charged with sex-trafficking… To say nothing of the local sports scene, the obituaries, the weather, and the comics.

This is a story about place, about craft, about community, and about exchanging ego for something more valuable—citizenship.

Do I read the newspaper every day? No, I don’t. Some days, the paper goes from its orange delivery box right into the recycling. But other days, the paper is passed from my hands to my wife’s, and then something odd happens: our children take note of a story that has interested us, and suddenly, two children under the age of twelve are reading about Trump’s foreign policy, and how trade agreements in Europe or China effect local dairy farmers. I watch them as they read, as they sit at our kitchen counter, chewing their cereal and asking me questions far above their elementary school “pay-grades.”

About two years ago, the LT reached out to me and two other area writers with a proposal. The three of us could write about whatever we wanted related to our region, the Chippewa Valley of west-central Wisconsin. We’d get about eight hundred words (that word count has risen to basically whatever we’d like, or not exceeding approximately 1,300 words) and the columns we wrote would be featured on the lower-half of Saturday’s front page. The paper couldn’t pay us much ($300 per essay), but that didn’t really matter—the idea was that we’d offer something a little more casual, a little more intimate to the readership. What was unspoken in these early conversations was that there really was nothing to lose. The paper might not exist in five years, five months, or five weeks. Like my childhood best friend Josh Swan likes to say, it was Hard tellin’ not knowin’.

My very first column was a terrible mistake. Suffering one of the worst winters on record, I questioned the decision by local school-board officials of cancelling school over a dozen days that year. I questioned our “toughness” as Wisconsinites. The column was meant to be funny, but the joke fell very flat to many readers. At best, I sounded like a smart-ass. At worst, I sounded like a rich, privileged white guy, using his status in the literary world to hector a community of people battered by cold and over nine feet of snow. Barns were collapsing, killing cattle. Farms were closing.

God, I wish I could have that column back. I wish I hadn’t written it. In my career as a writer, I’ve toiled away at novels that I am incredibly proud of, that have resonated with readers, soothed readers in times of woe, and I’ve even received some prizes for my efforts. I’ve written short stories and poems and some non-fiction just for the fun of it, as a lark, or because I want to be published in a specific magazine. But I am also guilty of writing pieces that were unnecessary, unkind, and did little to make anything better in this world. To make a real-world parallel: This would be like coming to work at your office job, yelling at the woman in the cube next to you, burning a few files in the bathroom sink, microwaving a salmon filet in the breakroom, and then leaving work early. The question is really: Why come to work? Why write that essay?

It is difficult to communicate the level of shame I felt. I had written the column for almost no money, with altruistic intent—to support the local newspaper. And suddenly, I could feel people in my own community (my hometown!) lean away from me as if I had developed an offensive smell.

I learned something valuable, as a person and as a writer: It is the self-inflicted wounds that hurt the most.

I learned something else: Know your audience.

I was writing a column for my community of 65,000 people in west-central Wisconsin. Most of the paper’s readership are folks nearing or deep into retirement. My columns would always run Saturday mornings. For many folks, my column might be the first thing they read after a hard week’s worth of work. How did I want those readers to feel as they read my column? What was I hoping to achieve?

I knew what I was hoping to achieve. I wanted the paper to thrive again. I wanted people to look forward to receiving their local newspaper, and to feel a pride in that publication.

So I changed my tact. I wrote with humor. I highlighted the good in our community. The charities doing more with less. The artists who would not enjoy media coverage in our country’s big-city, coastal metropolises, but who were world-class, just the same. I wrote about our local food system, about farmers, and our regional cuisine.

And I learned to churn out a new column every three weeks, no excuses. I knew the deadline, and I kept to it, like a promise. I learned to write (for the most part) within a given word count. This brought to mind one of my favorite writers, the great Lydia Davis who felt ostracized by some literati for using too many contractions. You know who uses a lot of contractions? Writers trying to squeeze a lot into a little; it’s a necessity and a great luxury to combine two words into one.

With the local newspaper, I realized I wasn’t writing to be seen or to impress, I was writing as an act of service. And service or duty, never goes out of style.

Something unexpected happened. People in our community would approach me in cafes, bars, or restaurants, and rather than knowing me through my books, they knew me because I’d written a column about a tiny Lutheran church’s annual lutefisk fundraiser. They thanked me for writing for the local paper and unprompted would tell me that the columns my friends and I were writing had indeed breathed new life into an otherwise stale institution.

Something changed in me, too. For years, I had been frustrated that my books were ignored by certain trendy coast culture-websites. If you’re younger than forty, you’ll catch my drift. If you’re over forty, you may be thinking, What’s this guy talking about? But for novelists, these media outlets are important early buzz generators for upcoming books, and in my career, they’d passed me by like the unpopular kid in the school cafeteria. I guess it’s not very cool to live in a small-town in the Midwest.

But with the local newspaper, I realized I wasn’t writing to be seen or to impress, I was writing as an act of service. And service or duty, never goes out of style. When I wrote about the local public library or my favorite teacher passing away, I knew, I was honoring in the best possible ways, citizens that had truly helped to form who I am, and what my community is.

One thing that troubles me about our country right now, is that places like Wisconsin are losing young people to big cities. Around here, it’s Minneapolis-St. Paul and Chicago. Small towns around Wisconsin are depopulating, the main streets emptying and shuttering. An American way of life is disappearing, and with it, an exchange is made. If there is no future for small-towns, what about local media like the Eau Claire Leader-Telegram? Who will report on the illegal acts of multinational corporations polluting the countryside? State officials undermining local and regional democracy? Who will grow the nation’s food? Who will work in its factories? Who will be the stewards of the backroad forests, orchards, prairies, rivers, and streams?

I don’t know how long I’ll have the great fortune of writing for the Eau Claire Leader-Telegram’s Sawdust Stories feature. In the time since I wrote my first draft of this essay, the newspaper contracted from seven-day service to five-day service. With the onset of COVID-19, a depleted newsroom became further forlorn. The LT’s building in downtown Eau Claire looks like the sort of mid-century nondescript structure begging for a wrecking-ball and new development. And yet, my friends in the newsroom solider on.

One reason why I wrote this essay, was because I know so many writers struggling to find purchase, some toe-hole in Publishing, and to most, the New York City Scene is unattainable, beyond their grasp, like a distant mountaintop. But there is good work, great opportunity, and even a little money much closer to home. And most importantly, there is meaning, purpose, and community in that work.

Not long ago, my newest novel received a very lukewarm review. The sort of review that ultimately does little to either celebrate or critique a work of art. Mostly, this review recapped the plot. I was disappointed. I would like to tell you that I ignore reviews, but I don’t. I tend to read them, internalize them, and the bad ones metastasize near my heart like tumors. The day I read the review I was scheduled to give blood at my childhood church. I didn’t much feel like seeing people and thought about cancelling. But I dragged myself into the church’s narthex and was greeted effusively by two church-ladies who have followed my career since the jump. They were very excited to see me and discuss my work, in particular my newspaper writing.

“I’m sorry,” I said, “I don’t know if I’ll be able to donate today. I think my blood pressure is a little wonky.”

“Why?” they asked, worriedly.

“Ah,” I said, not sure how candid I ought to be, but then, confessing, “I got a bad review today.”

You should have seen their faces light up—that this was my bad news!

“Who cares about reviews?” they said, literally taking me by the arm, and drawing me further in to the church. “We love your writing. All of it. Come on, let’s get you started.”

Nickolas Butler was born in Allentown, Pennsylvania, and raised in Eau Claire, Wisconsin. He is a graduate of the University of Wisconsin-Madison as well as the Iowa Writers' Workshop, and the author of the novel The Hearts of Men, the internationally bestselling and prizewinning novel Shotgun Lovesongs, and the acclaimed short story collection Beneath the Bonfire. He lives in Wisconsin with his wife and their two children. His new novel, Godspeed, is now available.

Who Are the 9.9 Percent? A Closer Look at the Math of American Inequality 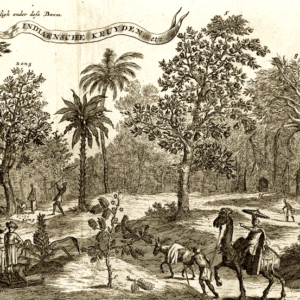 Reading Amitav Ghosh’s work these last few years, I’ve felt an eerily exciting sense of gratitude. Someone else out there—someone...
© LitHub
Back to top