There were things I must have known growing up but whose significance I wasn’t aware of: that, for instance, this woman I called my mother, with her Dark n Lovely perm and her Yvonne Chaka Chaka smile and her Tina Turner legs, had lived through a war and a genocide. She had been about 14 in the 1970s when our bloody liberation war from the white supremacists of Rhodesia broke out, and 21 when, right after our independence in 1980, the genocide, known as Gukurahundi—the early rain which washes away the chaff before spring rains—happened.

I had never asked her about this, never really thought about it. Like so many things in our country’s history, including our liberation war, the past was not something we discussed in our families. Sure enough, we are a family of stories. But these were always scattered and light-hearted—amusing tales about growing up in the rural areas or attending mission school. Furthermore, as children, it was expected that we would not ask questions, at least not difficult ones.

I grew up watching on television the kinds of quintessential war or genocide “victims” I would never have associated with anyone I knew, especially my mother—the ribbed, fly-infested “Africans” one saw hunched in the dirt in some war-torn country or other. My mother was a self-made woman; the first-born daughter of my khulu who rented her own home and made her own money as a revered, if not feared, mathematics teacher at Northlea High School in Northend, Bulawayo.

Her bedroom, in our vanilla-colored cottage, smelled of Parfum de Marly and Sta-Soft Lavender and the freshness of spring—she abhorred dirt and spring-cleaned obsessively. I loved her make-up especially; I’d smear burgundy lip stick across my lips and try on her blouses with their puffed-up sleeves and drape her pearl and gold necklaces around my neck. She was a woman of the city, a woman of the now, on her way to a future. And so, it would never have occurred to me to think of her past and what it had meant, growing up in a war and a genocide, growing up in so much death.

It was only when I set off on a quest to understand what this idea called Zimbabwe was that I began to grasp the many lives my mother has lived. I did a lot of reading during the writing of my debut novel, House of Stone. I read books on history, on philosophy, on war. I eavesdropped on conversations in Facebook groups and blogs run by ex-Rhodesians. I read and reread a report on the genocide compiled by the Catholic Commission for Justice and Peace, unable to make sense of the fact that concentration camps such as Bhalagwe—whose practices match those of Germany’s Holocaust—had existed in our very backyard.

The immensity of this history, coupled with the dystopian texture of contemporary Zimbabwe—a world of food shortages and a currency urging towards the quintillions—gave life an overwhelming sense of incongruity. The absurdist works of Fyodor Dostoevsky and Ralph Ellison began to feel prescient; we were, just like Raskolnikov and The Invisible Man, at the whim of an amoral and undiscriminating world, from which we tried to wrestle meaning, only to be stupefied by one cataclysm after another at the hands of the malefic genius that is (human) nature. It’s from this profound experience of reading history and finding myself tossed about in its currents that my character Zamani’s increasingly absurdist quest for meaning-making was born.

The last thing I did—and I suppose this was because deep down I knew the discomfort it would cause—was ask my family about our history. I asked my mother last. To my surprise and delight, she was very happy to tell me about growing up during the liberation war. She spoke openly about waking up as a teenager in the middle of the night to the sounds of fighter jets from the Rhodesia Air Force overhead and fleeing to the bush with her siblings. My grandfather, then a headmaster in Lupane, had smuggled contraband for the guerrillas, and at one time had been captured and tortured by Ian Smith’s Central Intelligence Officers (CIO).

It was only when I set off on a quest to understand what this idea called Zimbabwe was that I began to grasp the many lives my mother has lived.

Encouraged, I went on to ask my mother where she had been during Gukurahundi. We were in her kitchen making supper. I spoke casually, in the same way I had asked about the liberation war. Her body tensed. And then, gripping the stew pot she was stirring, she said she would tell me another time.

“But where were you?” I pressed.

She said, louder this time, that she would tell me another time. She did not look up at me, even as I implored her with my gaze. When I pressed one more time, infusing my voice with a false light-heartedness, she snapped at me to leave it alone, closed the stew pot and walked out of the kitchen. It struck me, then, the weight of what it was that I was asking her, and how callous it had been of me to ambush her in this way, having read what I had read about the genocide.

My mother did not talk about the Gukurahundi Genocide again, not until she listened to me talking about my novel House of Stone last year on BBC Woman’s Hour. Perhaps it was hearing me speak freely about my novel and the genocide on a public platform that helped her open up. We spoke over the phone while I was in London, and the pride in her voice at having heard me speak made me grateful for having written the book. It also made her more willing to share with me some of what she remembers. She said that speaking about the genocide has been dangerous in Zimbabwe—right after the genocide, many of those who tried to bring it up in villages like Lupane, where she grew up, would disappear.

Nevertheless, I am grateful I asked her about the genocide that day in her kitchen and got to witness her reaction. It informed the kind of characters I chose to write about in my novel, particularly the women. These characters, like Abednego and Mama Agnes, though cheerful and quite eager to share their embellished memories about the liberation war, find they cannot talk about the genocide. That period is filled, in the novel, with pregnant silences, and the novel’s narrator, Zamani, finds he must coax and cajole it out of the other characters, at times filling in the gaps with his imagination. Thus, the importance of the imagination in the work of empathy and humanizing others.

The two main women in House of Stone—the feisty Thandi, who is enamoured of Angela Davis, and the coy, naïve Mama Agnes—are not your quintessential war or genocide “victims.” Neither are they trapped in this narrative of their lives. I wanted to capture them as sparkling, revolving prisms, in the way I had known my mother to be; women who laughed and danced and had a zest for life. I had watched my mother, in my teens, stunned by our food and money shortages and hyper-inflation and the violence of it all, surely a kind of déjà vu for those in her generation, new and perplexing for those in mine. I wanted to capture this, too. I wanted to capture all of it, moments beautiful and ugly, perplexing and absurd, and see what they accumulated to. The writing of House of Stone, then, was, for me, a quest to understand humanity that, inspired by my discussions with my mother, lent me an appreciation of the multiple, disparate lives that can make up a person.

Novuyo Rosa Tshuma's work has appeared in numerous journals and anthologies, including The Displaced, edited by Viet Thanh Nguyen. Her short story collection, Shadows, won the 2014 Herman Charles Bosman Prize and was longlisted for the 2014 Etisalat Prize for Literature. She is a graduate of the Iowa Writers’ Workshop and serves on the editorial advisory board and is a fiction editor at the Bare Life Review, a journal of refugee and immigrant literature based San Francisco.

So Many Damn Books: The Best of 2018 Episode

Want To Be Happy? Live Like a Woman Over 50 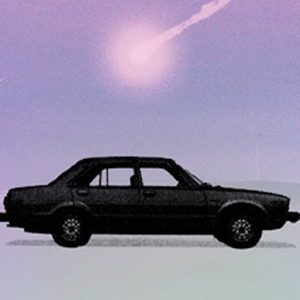 So Many Damn Books: The Best of 2018 Episode

On So Many Damn Books, Christopher Hermelin (@cdhermelin) and Drew Broussard (@drewsof) talk about reading, literature,...
© LitHub
Back to top