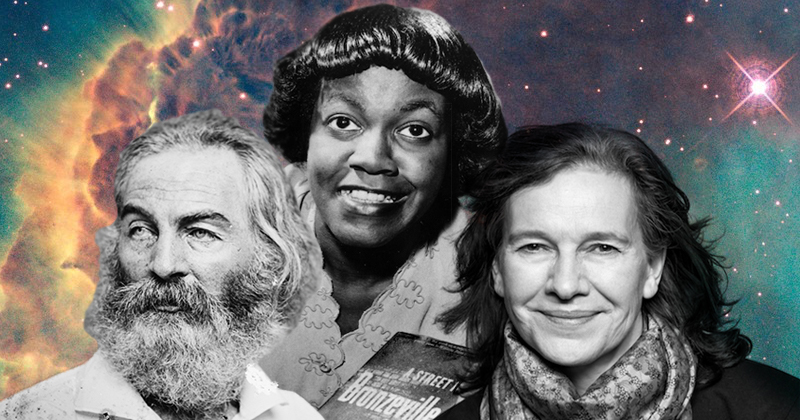 Writers of the Zodiac: Playful Gemini? You Have a Way With Words

From Gwendolyn Brooks to Dashiell Hammett, Geminis are Curious and Creative

The symbol representing Gemini, a pair of twins, seems to perfectly encapsulate what most people associate with the sign—duality (or, if we aren’t being poetic, two faced-ness). This symbol originates from the myth of Castor and Pollux, also known as the Dioscouri. The pair emerged from an egg laid by the Queen of Sparta, who was impregnated by Zeus while he was disguised as a swan—for some reason, he gets off on disguising himself as animals and raping powerful women (see Taurus). The mythical hatchlings are technically half-brothers; Castor’s dad was Sparta’s mortal king, whom the queen boned before the possessed swan happened upon her. They did everything together, but tragically, Castor—the mortal twin—died because they got too rowdy. Immortal Pollux was grief-stricken, so he begged his dad to be allowed to visit Pollux in the underworld. Zeus granted Pollux half of Castor’s immortality, so although their constellation lives in the sky forever, they split their time equally between the worlds of the living and the dead.

From this myth comes the typing of Gemini as the sign of fraternity and duality. Combined with Gemini’s planetary signifier Mercury, the trickster god of transit and commerce who serves as a messenger between the worlds, it blesses Gemini with a multifaceted worldview. Take, for example, the most famous line of beloved Gemini poet Walt Whitman (born May 31, 1819): “I contain multitudes.” A Gemini’s truth is never singular. While its opposite sign, Sagittarius, is associated with higher learning, Geminis are inspired by Mercury to explore via traveling and reading, cultivating an expansive worldview from the comfort and convenience of their own neighborhood. While Saggitarian knowledge comes from faraway travels, Gemini’s horizons broaden in shorter commutes. Their personalized philosophies originate from common sense, their research done themselves.

Whitman was clearly inspired by his natal Gemini sun’s self-directed, fraternal spirituality. In “Song of Myself,” he declares:

I Celebrate myself, and sing myself,
And what I assume you shall assume,
For every atom belonging to me as good belongs to you.

Although he centers his own experience, the knowledge he accrues is not, ultimately, self-serving; it also illuminates the experiences of others. Whitman was inspired by fellow Gemini Ralph Waldo Emerson (born May 25, 1803), who founded the Transcendental Club, which turned transcendentalism into a coherent movement. Transcendentalism is basically the most Gemini philosophy ever, arguing that individual experience and intuition take precedence over science and objectivism. Although many disparage Geminis as self-absorbed, always speaking but never listening, there’s more to them than that. They are curious about and engaged with the world around them, but they can only understand it through the lens of the self. 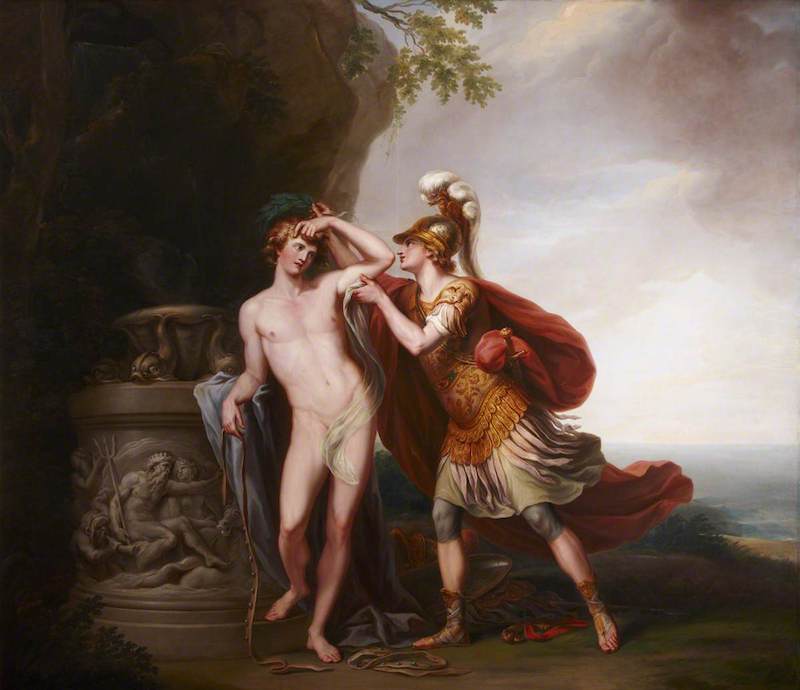 Despite what their detractors may have you believe, Gemini is driven by a brotherly compassion for their fellow man. Progressive and forward thinking, they use their natural talent for writing as a vehicle for their activism and philanthropy. Dr. Cornel West (born June 2, 1953), noted Marxist and critical race theorist, has a Gemini stellium (meaning he has a cluster of major planets in the sign), which has strong aspects to planets in Libra, the zodiac sign associated with justice. Part of Gemini’s bad rap is their brazen outspokenness, which West is certainly known for, but it can—and often does—serve a higher purpose. Rachel Carson (born May 27, 1907), marine biologist and author, ignited the environmental movement when she published Silent Spring in 1962. Carson has a Gemini stellium in her third house, which is the section of the astrological chart associated with writing and research (of course a Gemini would have two careers).

As a mutable sign, Geminis are incredibly flexible. When asked to make a choice between two possibilities, they often suggest that the answer is both, preferring airy flexibility to rigid answers. Novelist Jamaica Kincaid (born May 25, 1949), whose writing paints vivid stories drawn from her lived experience, refuses to consider her works as autobiographical. As she explains it, “Everything I say is true, and everything I say is not true. You couldn’t admit any of it to a court of law. It would not be good evidence.”

Nobel Prize laureate Svetlana Alexievich (born May 31, 1948) similarly dismisses categorical divides. The Belarusian writer—whose work explores Soviet history and the emotional effects of world events using witness interviews—rejects the title of “investigative journalist” in the same way Kincaid rejects the label “autobiographical.” Alexievich describes her books as “novels in voices,” sourcing text from interview transcriptions which the author intersperses with personal anecdotes, emphasizing the literary nature and artistic liberties taken in her prose. This rebellion against the fascism of facts reflects the mercurial nature of Gemini knowledge. Fickle Gemini avoids absolutism and carves reality from observation, understanding truth’s malleability. They are not so much duplicitous as they are suspicious of absolutes.

Geminis love experimentation and are highly adaptable, easily learning new ideas and catching onto patterns quickly. Their adaptability also manifests as a short attention span: they get bored then bounce to their next interest. Louise Erdrich (born June 7, 1954), for instance, is a prolific writer whose oeuvre spans from realist fiction to poetry, from children’s books to future dystopias. She also owns an independent bookstore, Birchbark Books, which is an ideal place for an information-hungry Gemini to dwell. Its mission is “to keep real conversations between book lovers alive”—fitting for a store founded by a cunning, chatty Gemini.

“Fickle Gemini avoids absolutism and carves reality from observation, understanding truth’s malleability. They are not so much duplicitous as they are suspicious of absolutes.”

Gemini is a highly verbal, communicative sign, so it makes sense that many of the most prized poets in the Western canon are Geminis: Alexander Pope (born May 21, 1688), W.B. Yeats (born June 13, 1865), Allen Ginsberg (born June 3, 1926), and Gwendolyn Brooks (born June 7, 1917), to name a few. Gemini’s ability to mimic the world around them gifts them with the talent for writing and creating realistic dialogue. As the sign of duality, mimicry, mimesis, and mirroring come naturally to them: a Gemini can provide their audience a with the bigger picture just by perfectly replicating a single aspect of life, making for excellent poetry.

Gemini’s airy mutability results in highly creative problem-solving, and they love riddles and unanswerable questions. Their ability to imitate others based on impressions makes them masters of disguise (and great at lying). This might explain why two of the giants of crime fiction were born under this sign. Arthur Conan Doyle (born May 22, 1859) gave us Sherlock Holmes, the world’s most iconic detective. Dashiell Hammett (born May 27, 1894) birthed the “hard-boiled” detective mystery sub-genre and heavily influenced film noir as a screenwriter, ranking him among the best mystery writers of all time. A striking feature of Hammett’s fiction is his dialogue, which makes perfect sense—the Gemini mind is in constant dialogue with itself. Geminis have the ability to hold a conversation with a brick wall, which is a very useful talent for a writer to have.

With unmatched versatility and playfulness, the Gemini’s body of work has a wider range than most. Because of their natural curiosity, ability to communicate realistically, and talent for accurately representing their impressions of the world, Geminis make great artists. They hold a mirror to the world, giving us an image of (at least, their malleable version of) the truth.

Dana Schwartz: Writing a Book Did Not Change My Life

Chelsea Hodson: Trying to Write Down Life Before It's Too Late 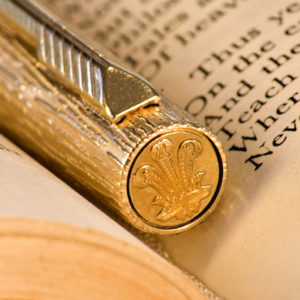 Dana Schwartz: Writing a Book Did Not Change My Life

I did not lose 15 pounds after writing a book. I still go to bed mentally cursing the pouch of fat that has taken up residence...
© LitHub
Back to top
Loading Comments...