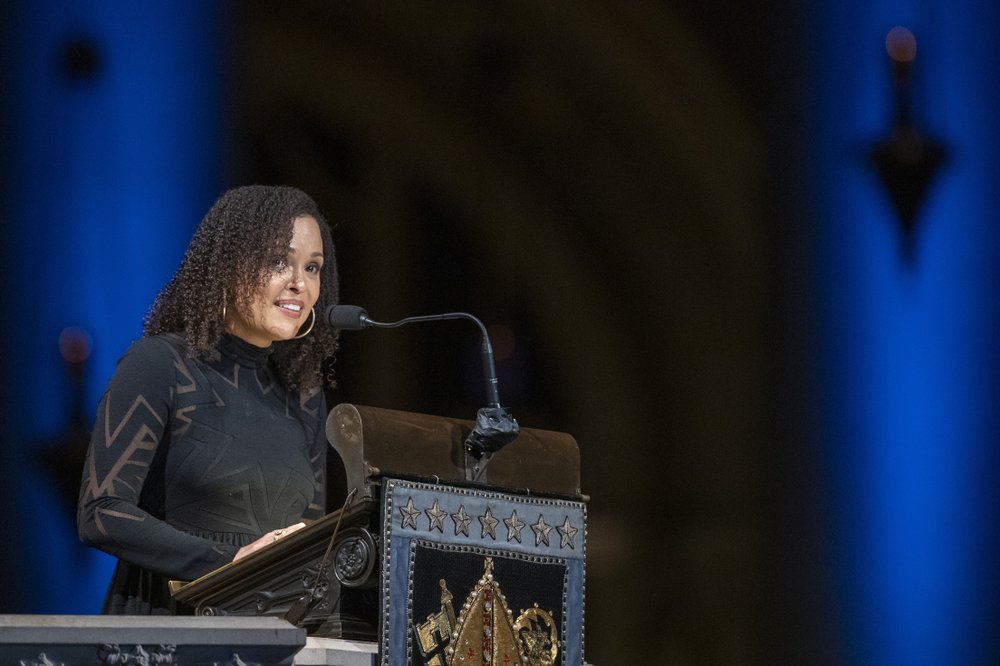 Acclaimed writers Jesmyn Ward, Ta-Nehisi Coates, Michael Ondaatje, Edwidge Danticat, and Kevin Young were among the speakers who shared memories of the late Toni Morrison at a three thousand strong celebration of her life and work in the Cathedral Church of St. John the Divine in Harlem last night.

The authors joined Oprah Winfrey, Angela Davis, Fran Lebowitz, and other luminaries from the worlds of literature, journalism and the arts, in paying tribute to the Nobel Prize-winning giant of American letters, who died on August 5th of this year, at the age of 88.

You’d be hard-pressed to find a more perfect setting in which to bid farewell to perhaps the most beloved and revered writer of the past half century than the iconic cathedral, where more than thirty years earlier Morrison had been among the mourners saying goodbye to James Baldwin. As Hillel Italie reported earlier for the AP:

With its massive rose window and nave ceiling reaching more than 100 feet, the cathedral was suitably grand for an author who may well endure as the essential American literary voice of her time, one who universalized the stories of black Americans and raised American prose to poetic heights. Attendees were young and old, of diverse genders and races, members of the publishing world and longtime fans. They filled the front seats, and the back seats. Some sat quietly through the roughly 100-minute ceremony, others murmured, affirmed and cheered out loud.

Together, the eulogists created a moving portrait of Morrison as a mentor and friend, an inspiration and revelator.

“We wandering children heard Toni Morrison’s voice,” Jesmyn Ward said from the pulpit, “and she saved us.”