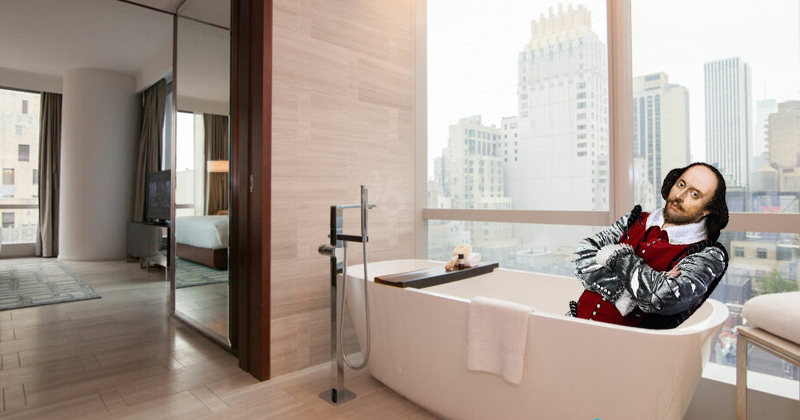 Would a TV show in which Shakespeare’s characters all live in the same hotel be amazing or terrible?

The Stratford, now officially in development for NBC, is an hour-long drama series “set in a New York luxury hotel” and centering “on a young man’s search for his father’s killer in a modern reimagination of a Shakespearean world. Behind the modern exterior, the characters in the show would be revealed to be updated versions of classic Shakesperean characters.”

Will it be fun? Will it be impossibly twee and corny? Will they call Julia Stiles? I can’t tell the future, except to say that I’ll almost certainly watch it, if only to see if my best gal Beatrice makes an appearance.