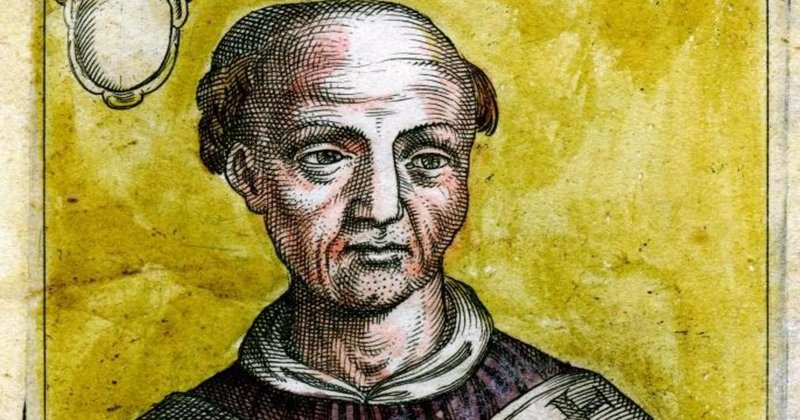 Cronyism, Adultery, Torture... He Was No Francis

“. . this monster without one single virtue to atone for his many vices.”

Alluring and talented, Marozia was a powerful noblewoman who became a senatrix and patrician of Rome, queen of Italy and the mistress, murderess, mother and grandmother of popes. Demonized as a political whore by male contemporaries for being the most successful woman of her time, Marozia’s astonishing career of ambition and power dominated the sacred papacy and Eternal City for decades.

Marozia was born around 890, the daughter of Count Theophylact of Tusculum and his courtesan, Theodora, called a “shameless whore” and “sole monarch of Rome” by her enemies. Indeed, the mother and her two daughters, Marozia and another Theodora, were infamous. As the English historian Edward Gibbon wrote:

The influence of two prostitutes Marozia and Theodora was founded on their wealth and beauty, their political and amorous intrigues: the most strenuous of their lovers were rewarded with the Roman mitre and their reign may have suggested to darker ages the fable of a female pope. The bastard son, the grandson and great-grandson of Marozia, a rare genealogy, were seated in the Chair of St Peter.

At 15, Marozia became Pope Sergius III’s mistress, producing a bastard son, later Pope John XI. In 909, she married Alberic, marquess of Spoleto, producing another son, Alberic II. The senatrix of Rome was now the most powerful of a dominant aristocracy. After Alberic I was killed, she became mistress of the reigning Pope John X, a tough and intelligent man, who resisted her control. (He had been a lover of her mother’s too.) He defeated the Saracens, but Marozia came to hate him: she turned against him, marrying his enemy, Guy of Tuscany. Together they conquered Rome, imprisoning the pope. Marozia had John X (whose papacy was from 914 to 928) strangled in the Castel Sant’Angelo and then seized power for herself, ruling through her puppet popes Leo VI and Stephen VIII before raising her own papal bastard to the throne of St. Peter as John XI, 21 at the time, in 931. Widowed again, Marozia married Hugh of Arles, the king of Italy, with whom she ruled. (Hugh was already married; his wife conveniently died, another victim of Marozia, no doubt.) The couple were overthrown by her son Duke Alberic II, who imprisoned his mother. The merciless and talented politician died in a dungeon. Alberic ruled Rome through four popes. When the fourth resisted, he was tortured to death. Alberic, on his own deathbed, demanded that his bastard son Octavian be made pope.

Reigning 955–964, Octavian, known as Pope John XII, grandson of Marozia, was the most shameful pontiff to lead the Christian Church, the antithesis of Christian virtues. He lived a private life of brazen immorality, turning the Vatican into a brothel. His behaviour was duplicitous, cruel and foolish—he and his grandmother personified the papal “pornocracy” of the first half of the 10th century. Fittingly, he finally brought about his own downfall through his insatiable depravity.

On December 16th, 955, Octavian became the highest authority in the Christian Church, both the spiritual and temporal ruler of Rome at only 18 years old, renaming himself John XII.

Through his mother, Alda of Vienne, he was a descendant of Charlemagne, but he showed none of the virtues expected of a pope. His private life was a litany of sin. Disdaining the celibacy his position required, he was a rampant adulterer, fornicating with literally hundreds of women, including his father’s concubine, Stephna. The sacred Lateran Palace, once the abode of saints, became a whorehouse, in which lounged hundreds of prostitutes, ready to serve his sexual whims. John had incestuous relations with two of his sisters.

Throughout his reign, John’s fortunes were interwoven with those of the German king Otto I the Great, a friend of the Church to whom John appealed for help after suffering defeat in a war against Duke Pandulf of Capua, and then losing the Papal States to King Berengar of Italy. Otto arrived in Italy with his powerful army, forcing Berengar to back down. On reaching Rome in late January 962, Otto took an oath of allegiance to recognize John’s authority, and on February 2nd, 962 John crowned Otto Holy Roman emperor, along with his wife, Queen Adelaide, whom he made empress.

This powerful alliance was of benefit to both John and Otto, but each immediately set about struggling to dominate the other. Shortly after Otto was crowned emperor, he issued his “Ottonian Privilege”, a treaty that promised to recognize the pope’s claim to the bulk of central Italy in exchange for a pledge that all future popes would only be consecrated after they had sworn allegiance to the Holy Roman emperor. However, when Otto left Rome on February 14th, 962 to continue his war against King Berengar, John—fearful of Otto’s strength—began secret negotiations with Berengar’s son Adalbert to rise up against his father and sent letters to other European rulers, encouraging them to do the same. However, German troops intercepted these letters, the plot was laid bare and if John had any hopes of placating the furious Otto, these soon ended. After John received Adalbert in Rome with great ceremony, bishops and nobles sympathetic to the German king rebelled. On November 2nd, 963, John was forced to flee Rome as Otto reentered the city.

Whilst John hid in the mountains of Campania, Otto convened a panel of fifty bishops in St. Peter’s Basilica, who compiled a list of political and personal charges against him. These ranged from sacrilege (swearing oaths and toasting the devil with wine) to adultery, perjury and even murder (he was accused of blinding his confessor, Benedict, leading to his death, and of castrating and murdering his cardinal subdeacon). The excesses of his private life had also led him into flagrant abuses of his office, including simony—bestowing bishoprics and other ecclesiastical titles in return for payments—in order to pay his extensive gambling debts.

On December 4th, 963, the synod found John guilty and deposed him, replacing him with Pope Leo VIII. However, the new appointment was made without following proper canonical procedure, and few regarded Leo as a legitimate replacement. As Otto and Adalbert clashed on the battlefield again, a new revolt broke out in Rome, restoring John to the papacy, while Leo fled. Those who had betrayed John now suffered horrible vengeance. One cardinal had his right hand cut off by the merciless pope while Bishop Otgar of Speyer was scourged; another official lost his nose and ears, and many more were excommunicated. On February 26th, 964, John repealed Otto’s decrees in a special synod and reestablished his own authority as pope.

John’s position was still precarious, and when Otto finally defeated Berengar on the battlefield and started back for Rome, it seemed highly likely he would be deposed again. However, on May 16th, 964, lustful to the last, John collapsed and died eight days after being caught in the act of adultery. Some say he was beaten up by the jealous husband; others that he was murdered; others again that the devil had claimed him as his own. Most believed he had been struck down by divine intervention or carnal exhaustion.

Pope John XII was a stain on the name of the Christian Church. It is said that monks prayed day and night for his death. “You are charged with such obscenities as would make us blush if you were a stage player,” was Emperor Otto’s verdict, writing to him after convening a council of bishops to depose him, “It would require a whole day to enumerate them all.” 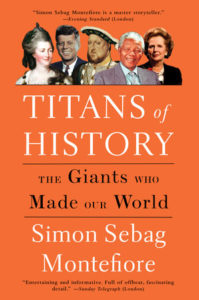 Simon Seabag Montefiore is a historian of Russia and the Middle East. He is the author of the novels 'Sashenka' and 'One Night in Winter', which won the Paddy Power Political Fiction Book of the Year Award in 2014. A Fellow of the Royal Society of Literature, Montefiore graduated from Cambridge University, where he received his PhD. 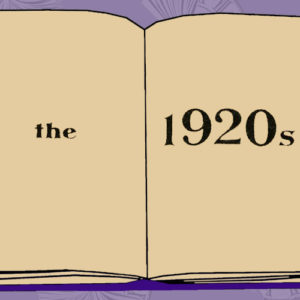 Some books are flashes in the pan, read for entertainment and then left on a bus seat for the next lucky person to pick up and enjoy,...
© LitHub
Back to top
Loading Comments...