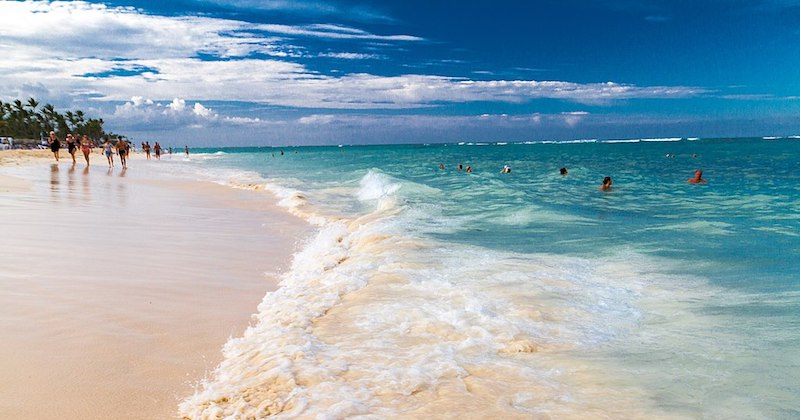 I’ve had the grand pleasure of meeting Julia Alvarez twice. The ﬁrst meeting was ﬁgurative: I met her through her writing. I was in middle school, searching for a silent reading book in my classroom library. There, on the shelf of books that seemed less shelf than treasure chest, was a novel with a title that called out to me. The author’s name was one I recognized because one of her books had been recently adapted into a ﬁlm. The back jacket informed me that the book on my classroom shelf was about Dominicans who emigrated from the island during the dictatorship. I had heard about the 31-year regime of Rafael Trujillo from my mother, who lived through it, but I’d never come across a novel depicting that period. In fact, at 13 years old, despite how voraciously I read, I had never seen any book centering Dominican characters at all.

And here I held How the García Girls Lost Their Accents. I savored the title. The Spanish surname. The promise that these girls would share the secret of how they undid a part of themselves. It took a few years before I would read it, but in high school I borrowed the novel from the library. I devoured it.

Here, I was introduced to the Julia Alvarez who had been compelled to get this particular story in the world before all others; the one who debuted into literary stardom with an honest, unﬂinching narrative that captures the misery, messiness, and marvel of departing from a homeland and making yourself and your family anew. Told in reverse chronological order, the novel is about the dynamics of loss—how each girl’s accent is slowly polished smooth, how each girl sheds an island version of herself.

I reread the novel years later, this time traveling downtown in Manhattan to the only bilingual bookstore I knew of. There, I purchased a copy in Spanish for my mami. Together we read Alvarez, she in Spanish, myself in English. Alvarez is the ﬁrst and only novelist my mami and I have read together. There are two camps of joining an author’s fandom: wanting to hoard the author’s work, as if you discovered her personally writing to and for you; and the second camp: broadcasting your love of an author to the world.

I fall into the latter camp of Julia’s fandom: I wanted to share her with everyone. And in the many years that followed, I did. On stages I’ve talked about her ability to make the strangest moments familiar. In interviews I’ve talked about her pursuit of a story’s truest path, which is seldom its easiest or most comfortable. When I was a schoolteacher, I pressed the novel into the hands of students desperate to ﬁnd language for some of their experiences, or simply to ﬁnd delight outside of the canon of American whiteness.

When I ﬁrst read Alvarez, it was immediately apparent that her prose is informed by poetry. And not only is there music to the language, but this novel also has serious comedic timing! And all while it grapples with some really difficult realities: what it was like to be in the ﬁrst wave of Dominicans who emigrated to the US in the midst of a dictatorship, the taboo of discussing mental health in Hispanophone Caribbean culture, how sexuality is deployed and weaponized against women (to name a few of the many themes of this novel have been explored by readers for almost three decades). There is hurt here, but also joy, and a subversiveness that evokes deep triumph. I imagine Alvarez found delight in the chorus of women chiming in on one another’s lives, in the sharp irony with which the vignettes play off one another, and in the sheer edginess of the writing. She writes elegantly, but her words have fangs.

When it was ﬁrst published 30 years ago, in 1991, this novel disrupted something in American literature. And in this novel, Alvarez reminded me that the treasure chest could be the bookshelf, but it could also be the book. Alvarez’s tapestry of four sisters pitting themselves against their parents, one another, and the world, resonated so much with me.

There is hurt here, but also joy, and a subversiveness that evokes deep triumph.

So much so, that when I met Alvarez again (not ﬁguratively, this time), I had absolutely zero chill. It was 2019, and I had been invited by the prestigious PEN America Foundation in New York City for an event with another Latina writer. Since I had a full touring calendar at the time, I was going to pass on the invitation until I saw whom I would be in conversation with:

I rearranged my schedule and conﬁrmed that I would be there. But I’ll be honest: By that point, I had already been published, and while the experience of meeting more established writers is always exciting, it can be a bit like the shattering of a dream to meet someone who has become such a North Star for your work. I feared being disappointed.

They say don’t meet your heroes, but Alvarez in person shares so many qualities with Alvarez on the page: generous, tender, thoughtful. I found myself wanting to take notes in the middle of our onstage conversation. And one piece of writing advice she gave me that night struck me as so true to how she approaches writing: when I asked how she knew she wanted to write How the García Girls Lost Their Accents, she responded, “In writing, you have to surrender to the book.”

There are writers you meet who are all ﬂash and bows, perfectly coifed but no substance; I’m referring here to their craft. People can master form and punchlines but neglect the heart of why we read. Alvarez never loses sight of the thumping things that make us crave story, that provide an antidote to loneliness. She surrenders to the work, to the characters, to the truth of what needs to be said. It comes out when she speaks about writing; it comes out when you ﬁnish one of her novels and realize she was always going to give you honesty, from beginning to end, because the work was guiding the work—you feel me?

Alvarez later affirmed in that talk, “Stories are power; they can transform you and save you.” And I posit that not only writers but also readers need to surrender to a story, not just be reluctantly swept away, to also be willing to throw their arms up and ﬂing themselves forward, because we do not always know the kind of saving we need until an image or a character resonates on the page and teaches us something about ourselves.

For me, the chapter of How the García Girls Lost Their Accents that I’ve carried with me all these years is “The Four Girls.” Throughout the novel, Yolanda establishes herself as a writer. In this chapter, at a poetry reading, her mother sits in the front row, preparing to listen to her daughter read.

Yolanda’s mother shares with the stranger next to her the story of how Yolanda used to recite her writing on buses. The mother’s obvious pride is complicated; it raises as many questions as it provides answers. What does it mean to share your heart in a room full of strangers while your mother doesn’t understand the work? When I ﬁrst read this chapter, I remember feeling this viscerally; the loss of an accent also means that your ability to communicate in your original language might also be lost.

What does it say about a piece of literature when what it showed you 20 years ago stays with you and matures along with you?

This moment in the novel offered a hand that kept me aﬂoat for many years. Here was a character who is a poet, who is supported and hailed by her mother, who writes in her second language—the one her mother does not speak but still celebrates. A mother who shows up to say, “That’s my kid.” I remember how wistful it made me—for the small possibility that maybe I, too, could have both my writing and my family. I was not always sure they could exist uncompartmentalized, but in How the García Girls Lost Their Accents, every single character is vibrant in such a way that all of us longing to belong will ﬁnd in the novel something that might teach us a bit more about ourselves, and about our possibilities.

It feels important as a writer to work toward tracing the lineage of my work—what has helped form my voice. And so, in interviews as far back as college, when asked about my inﬂuences, Julia Alvarez loomed large. Here was a woman who paved a way to classroom bookshelves. Who proved that our shared island and the people we come from have rich and nuanced stories deserve to be told. Who wrote her way into literary stardom by quietly but persistently laying siege to the American canon; writing story upon story, starting with this one; who, instead of forgetting her accent, leaned into the many languages they carried. I pay homage to Julia Alvarez because I know that a generation of writers were empowered to pick up their pens after they ﬁrst picked up this book. 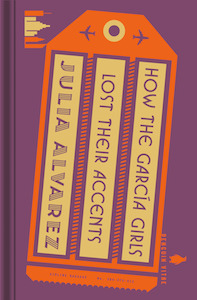 From HOW THE GARCÍA GIRLS LOST THEIR ACCENTS by Julia Alvarez, published by Penguin Classics, an imprint of Penguin Publishing Group, a division of Penguin Random House, LLC. Foreword copyright © 2021 by Elizabeth Acevedo.

Elizabeth Acevedo is the New York Times-bestselling author of The Poet X, which won the National Book Award for Young People’s Literature, the Michael L. Printz Award, the Pura Belpré Award, the Carnegie medal, the Boston Globe–Horn Book Award, and the Walter Award. She is also the author of With the Fire on High—which was named a best book of the year by the New York Public Library, NPR, Publishers Weekly, and School Library Journal—and Clap When You Land, which was a Boston Globe–Horn Book Honor book and a Kirkus finalist. 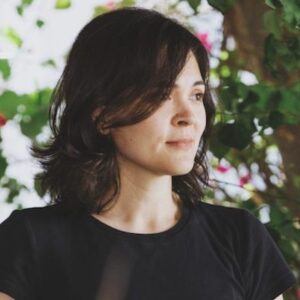 In this week’s episode, Joce talks with Helen Hoang about her latest novel, The Heart Principle, which is out from Berkley...
© LitHub
Back to top
Loading Comments...