The Danger of Naming Art Before It Has Been Made

The Yoruba happens to be one of those cultures where a child’s “naming” is more than simply according a new, yet amorphous entity a convenient handle for reference and identification.

Maybe that is why a lot of thought goes into this process in such societies, why perhaps they indulge in extravagant child-naming rituals—with feasting, dancing, even ancestral masquerades. Not just the parents, but the extended family, sometimes the entire community, is implicated in such an event, at which close members may donate their own naming preferences.

Thereafter they continue to apply that choice—directly or indirectly—in relating to the offspring. Finally, let us again note that both family and communal histories are recalled through the act of naming, and implications and/or expectations for the future influence of such choices.

Extravagant claims embedded in a name are a clear giveaway of a community that perhaps loves to show off, most especially in denoting pedigree, while a mousy choice indicates a posture of self-effacement, bordering on timidity, or perhaps a prayer for the child’s tranquil future—and so on and on. Naming—to some degree—reveals even more the nature and aspirations of the name-givers than prayers or predictions for the docile entity, and may be regarded an embedded social agenda.

“Remember what name you bear” is one of the commonest admonitions from parent, relations, or total outsiders. Conversely, dare lay claim to a name, pedigree, or title to which you are not entitled— no pun intended—and society ferrets you out, strips you of your borrowed feathers, and ostracizes you for identity theft.

Naming—to some degree—reveals even more the nature and aspirations of the name-givers than prayers or predictions for the docile entity.

In the home of the Yoruba, tonal exploitation is only to be expected, but the same naming sensibilities apply even to the nontonal languages. For instance, let us quickly invoke the choices of the master himself, William Shakespeare, appropriately led off by his play on the tropical idyll of magic, power intrigues, loss, and restitution. Trinculo of The Tempest does not have what we would call a “serious” name, and his role in that play more than fits the name he bears.

By contrast, in a totally different environment and variation on that same theme of power, Coriolanus—Caius Marcius Coriolanus, in full—is one name with a martial, authoritative ring. Back to Africa, in Antony and Cleopatra the name Enobarbus is a curious case—but then some of these responses are undoubtedly subjective. I find, for instance, that the name Enobarbus conjures up the figure of a hirsute warrior and matchless carouser, whereas Shakespeare depicts him as a voice of rationality with a poetic heart. Hotspur (Henry IV, Part I) is unambiguous—don’t ever cross him in a quarrel!

Browsing through the cast list of villainy, we encounter the likes of Malvolio, which requires no further commentary. Goneril (King Lear) is in an implacable class of her own—which compensates for the name-shy Lady Macbeth, Shakespeare’s summative treatise on the gender-free absolutism of evil ambition. Caliban is certainly one of the most trenchant names, especially for those of us from a continent that European lore has decreed the home of black medieval bestiary and unnatural dietary habits!

Let it be understood that we are not necessarily speaking of originality—neither in naming, nor in the works begotten (or misbegotten)—even in a tangentially affective way by the naming. I have read critiques of artistic works that appear to make originality the benchmark of creativity, blithely dismissing one product or the other on the grounds that it is not “original.”

Some masterful works—in all genres—have been produced that are based on deliberate imitativeness. Or plagiarism. There are different kinds of plagiarism; some can actually emerge as a new product of its kind, a creative provocation, or a commentary on the original, sometimes a sleight of expectations or attribution—what is sometimes called signification—especially in American literary discourse. So, we are not speaking here of originality in naming, though, of course, this is also to be applauded.

What concerns us here is simply the role of “naming” as a core feature of culture in African societies, the heavy premium that is placed upon—for instance—child-naming. If William Wordsworth had been a Yoruba, for instance, he would not rest content with merely stating the obvious—“the child is the father of the man.” He would have added something like—for us, the Yoruba, and indeed for our sister African cultures—“the name is father to the child,” such are the careful thought, sense of history, hopes, and expectations that ride on the name we decide to give a new human entity we have brought into the world.

Child-naming, on this continent, is itself a creative act. On February 22nd, 2017, the following observation appeared in the Nigerian journal The Nation, on the back-page weekly column “Comment and Debate,” an impeccably timed contribution to this address:

Naming in Africa, especially in Yorubaland, is a special gift that the ancestors as progenitors of the nation bestowed on the elders. Names have meaning, and as they would have us believe, names push their bearers to actualize their encoded meanings. (Oruko a maa ro omo.) [Literally: “The name may mold the child.”] So you don’t find any Yoruba parent giving to their babies names that embed evil meanings.

Did the naming affect or was it indifferent to the first wave of films that came out of Nigeria? My mind goes straight to contrasts, especially since Nigeria was not the begetter of the pioneer film movement on the continent. That honor goes decisively to Senegalese filmmakers. I still recall the first World Festival of Negro Arts in Dakar, which marked the formal outing of contemporary African cinema even as a rudimentary exploration of the genre. Yes, some of the products were amateurish, but they already bore the stamp of genuine exploratory minds at work, interrogating the new medium.

Even the clumsiest was refreshing, and, of course, the more skilled were inspiring. If my memory were not so clotted, I would reel off a few new names. However, I do recall the young Djibril Diop Mambéty, and—I think—Cheick Oumar Sissoko from Mali. What remain fresh in my mind are snippets of scenes—such as the satiric use of the tro-tro, the passenger lorry, to ridicule the pretensions of a figure of the Europeanized black sophisticate, that species known in Nigeria as Johnny Just Come, or Ajebota (weaned on butter). This figure of fun considered it unfortunate for him to be compelled to ride in the same conveyance as peasants, workers, and other “uneducated” beings.

It was a simple but hilarious film, I recall, that introduced the viewer to the makeshift pursuit of semi-urbanized life, a picaresque work filled with incidents along a journey that covered the gamut of daily survival and challenges, inducing the passengers of the tro-tro transportation into a transient community. Our principal, played by the young Diop himself, was reduced, coattails and all, in that suffocating Sahelian heat, to push the tro-tro when it broke down.

Don’t ask me why I recall that scene so vividly after so many decades, but I fervently wish that the young aspirants to the cinema trade would have the opportunity to watch such films, if only as a basic lesson of extracting a film out of virtually nothing, on what must have been a shoe-string budget, bringing reality to life without the ponderous injection of excess craftiness. Beginnings can be very instructive, especially beginnings that are deceptively artless. They strike at recognizable truths without the cluttering of overlabored techniques.

When so much time has passed and a habit become deeply ingrained, what forces of persuasion can one muster to undo that mindset?

Perhaps at the back of my mind was recollection of one of my all-time favorites—Fellini’s La Strada, with the unforgettable performance of Giulietta Masina in the archetypal role of the tragic clown. I am not making the same claims of accomplishment for both—by no means. They are both variations on the same theme— the many faces of The Road, my own favorite imaginal domain, admittedly—and there the comparison ends. That touch of creative innocence, however—perhaps that is what sticks so charmingly to the mind.

And then, of course, there was the already socially dedicated hand of Ousmane Sembène, who grew in self-assurance as he tackled increasingly demanding historical and contemporary social themes—one and all were gathered in Dakar, brimming with confidence in multiple disciplines, a churning magma of artistic forces of a post-independence generation. It is evidently too late now to appeal to those who have embraced—yes, we come close to the N-word, I am gearing up my tongue to utter it—yes, those nationals who have fallen for the hackneyed short-cut to their own naming ceremonies.

Even more thankless than preaching to the converted is preaching against the converted. When so much time has passed and a habit become deeply ingrained, what forces of persuasion can one muster to undo that mindset? As we say in Yoruba—T’ewe ba pe l’ara ose, oun na a d’ose (If the leaf-wrap sticks too long to the soap, it also begins to foam). So, peace unto all upon whose sensibilities I have certainly intruded.

This drawn-out exposition is not really addressed to them; rather it is a simple entreaty to those who have not yet succumbed to the lure of the soap and leaf. To you, I plead: Imagine if the then-putative film venture that made its organized debut in Dakar 1966 had been lumbered with the name Dollywood? Every ensuing product is already doomed in the mind with its associated baggage of infantilism, even before its exposure. Just imagine the annunciation of a Dollywood film festival. Or perhaps “Sellywood” for Senegal? Nothing could be sillier.

If only it stopped at subjective revulsion? However, there are more provocative questions, such as: Does the branding influence the product? If you give a product a deleterious name, does it affect, in advance, the consciousness of future producers? If, on the other hand, a propulsive, challenging name were used, one that even intimates more than it presently is, would that provoke in the artiste a tendency toward adventurousness, experimentation, and originality? Or are we merely indulging in pointless self-flagellation?

If the pioneers of 1966 film had grouped themselves around the formulation Dollywood, would we have produced today’s Souleymane Cissé, Ola Balogun, Kunle Afolayan, Mahood Ali-Balogun, and the rising generation of cineastes? Consider this: following the mentality at the base of such careless name acquisition, fespaco, because originating in Burkina, would be Bullywood. Or perhaps, since that is so close to Bollywood—Bellywood. Try and think—just one more!—of anything more ghastly, more ghoulish than the self-inflicted horror from Ghana—Ghollywood! Why not go all the way and call it Gollywog!

Well, you know where it all started. However, does the emerging Nigerian breed of film artistes still deserve to be associated with that second-hand clothes market tag, or should it be with an evolving designer-cut production, catering not for the lowest common denominator in taste but for more discerning audiences, and/or raising—and surpassing—expectations in their limited scope?

Even a casual study of current filmmaking indicates that the Nigerian film occupation is rapidly bypassing the stage of such imaginative retardation. So why should the films of such artistes continue to be classified under that unprepossessing monstrosity of a verbal shroud known as— here it comes at last!—Nollywood? 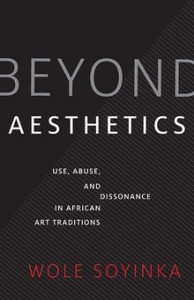 Wole Soyinka is a Nigerian playwright, poet, and political activist. He was awarded the Nobel Prize for Literature in 1986. His many publications include You Must Set Forth at Dawn and Of Africa.

Behind the Mic: On The Will and the Wilds, Narrated by Angela Dawe 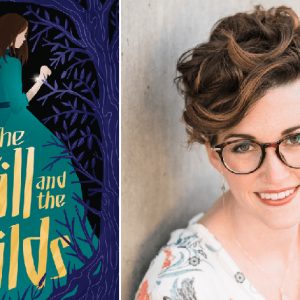 Behind the Mic: On The Will and the Wilds, Narrated by Angela Dawe Every Monday through Friday, AudioFile’s editors recommend the best in audiobook listening. We keep our daily episodes...
© LitHub
Back to top
Loading Comments...