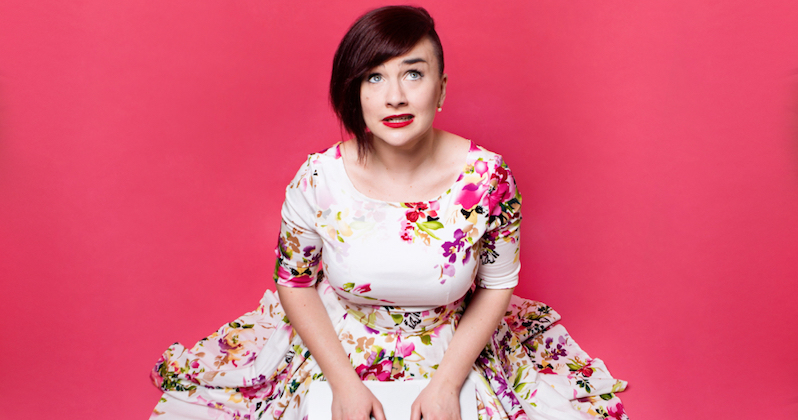 With venues closed, comedian Laura Lexx is crowdsourcing an ending for her novel.

One British comedian has found a great way to keep herself and her fans entertained amid stay-at-home orders: an audience-based novel-writing project.

In March, as performance venues around the world were being shuttered, Laura Lexx dredged up an old writing project of hers, a novel titled As We Know It, and took to reading chapters from it live on YouTube.

She explained what happened next in an interview with Beyond the Joke:

When we started nearing the end of the book people were getting sad because it had become part of their day. There was a listener in New Zealand for whom the book was their wake-up routine, lots of UK listeners doing it as an evening wind-down, and some people in the US (I have no idea when they were listening!). So, as I neared the end, I suggested to them that maybe we could carry it on beyond the book and there was a lot of emoji nodding.

That they did. Lexx ran a poll on Twitter asking her followers where they’d like the story to pick up. People seemed to want “bath”, and after slight confusion as to whether respondents meant an actual tub or Jane Austen’s old haunt, Lexx “plumped for a bath in Bath!”

She then wrote the next chapter, read it on YouTube, and invited listeners to vote on the main character’s motivations.

And so throughout this past week, Lexx has been continuing her reading-voting-writing project, which she called “fun and fresh and communal.” Judging by the comments on her videos, people seem to love both Lexx’s warm demeanor and the story itself. It can’t hurt that she recently got herself a literary agent on too.

You can follow the ongoing story yourself, as well as Lexx’s original 22 installments of As We Know It, on her YouTube page.