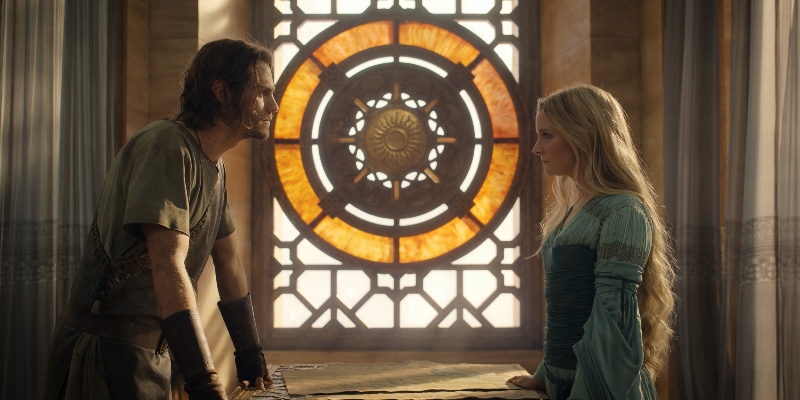 With Three Episodes Left, Can The Rings of Power Maintain its Momentum and Goodwill?

DYLAN: For the first time since the series premiere, this week’s episode “Partings” divides its time between all of our ongoing storylines, plus teasing a few more. We begin with the Brandyfoot family as they trudge across the countryside, aided by the tall and mysterious Stranger (Daniel Weyman).

He’s essentially the Iron Giant, a powerful being from the stars who’s been adopted by young Nori (Markella Kavenagh) and taught to use his gifts for good—but each of his feats of daring or rescue seem to have dark consequences. Might he, like a certain 50-foot alien robot, have less than benevolent origins?

JENNA: I still like the Harfoot plotline in general, but I find myself not actually caring much about them at this point. I’ve never been interested in speculation—it turns a show from a narrative to be enjoyed as it unfolds to a puzzle to be smugly solved ahead of time—so whoever the Stranger turns out to be, it’s moot if the writers aren’t making me believe in the moment that he or those around him matter to the wider goings-on.

It’s not that a space to breathe isn’t appreciated, but all the slow-building tension around the questions of the Stranger’s goals and power went completely slack for most of the episode, and it made me impatient.

While the other plotlines either bend toward each other (as Arondir & Co., and Galadriel and the Númenoreans seem to be) or have clear world-wide consequences (as with Elrond and mithril and the rot eating at the “grace of the Eldar”), the Harfoots are left to wander in complete ignorance as wider events swirl around them.

Obviously now there are some spooky pale folks on their trail led by 2000s-era Eminem (Edith Poor), and the Stranger has to figure out what his fledgling moral compass says about him now that Nori’s afraid of him—but this comes in the last quarter of an episode otherwise jam-packed with forward momentum.

DYLAN: A couple of mysteries were unraveled this week, including the one at the heart of my favorite storyline: the one between Prince Durin (Owain Arthur), Elrond (Robert Aramayo), and the elvish High King Gil-Galad (Benjamin Walker). As it turns out, Gil-Galad suspected all along that Durin had discovered the magic metal mithril, and sent Elrond to confirm this discovery. This puts Elrond in a tight spot, since his king believes that obtaining mithril is the only way to stop the blight that threatens elvish immortality, but he’s also sworn to protect Durin’s secrets.

I was surprised but overjoyed with how Elrond chose to resolve this dilemma: by entrusting Durin with the truth about his mission and allowing him to decide whether or not to share his mithril for the good of the elves. Gil-galad may not have much trust in dwarves, but Elrond does, and his faith is rewarded.

Now, as a casual viewer, there are times when I hear you gasp or groan during an episode, and I have absolutely no idea what you could find objectionable. The mithril reveal is one of those times. Lay it on me: Why is this bad?

So far, of all the show’s protagonists, Isildur is the one I would most like to cast into the fire.

JENNA: Can’t I stay in the lovely glow of Durin and Elrond’s friendship? No? Well, you asked, and in order to give you an answer I must unfortunately first give a bit of background. So: the Silmarils were three jewels created in Valinor by Fëanor, the greatest elven smith to ever live. In these jewels he captured the light of the Two Trees. The Trees were destroyed in an attack planned by Morgoth; in that same attack, he stole the Silmarils and fled to Middle-earth.

Fëanor swore a dire oath with his sons “to pursue any in Arda who may take and withhold from them any of the Silmarils.” In doing so, he and his host defied the Valar, left Valinor as a stained people (and with a lot more violence than the show shared), and brought a hopeless war against Morgoth to Middle-earth. Galadriel was in this host, for what it’s worth.

Though hallowed by the Valar and containing the unsullied light of the Two Trees, the Silmarils themselves were arguably the cause for as much pain, grief, and bloodshed as Morgoth’s Age-long war. This is an inextricable truth of their existence. To reduce one to a simple seed of Valar-ness is to reduce the arc of the Silmarils from arguably the central moral/spiritual pillar of Tolkien’s mythology to as pedestrian a Fantasy McGuffin as that hilt Theo found.

This gets to the heart of my complicated relationship with The Rings of Power. When the show is expanding upon or adjusting within canon, such as with Míriel or Durin, I am delighted and invested. When it’s inventing material whole-cloth, such as with Arondir or the Harfoots, I have mixed reactions but am generally game. But these instances of the writers taking an element from the text and not just rendering it completely unrecognizable, but foundationally missing the point as they do so, eject me fully from the story.

DYLAN: I can see why this would—

JENNA: AND ANOTHER THING! The “grace of the Eldar” is not something that can just fade! It was bestowed by Eru Ilúvatar! You can renounce it like Lúthien or Arwen, but it doesn’t just inexplicably wander off! And if it could, why would rubbing a bunch of mithril all over your body do—

DYLAN: You know who we haven’t talked about yet? Isildur (Maxim Baldry), the son of Númenor’s Captain Elendil (Lloyd Owen), who weeks ago deliberately flunked out of the navy and then immediately wanted back in. In this episode, Isildur earns his way onto the mission to Middle-earth by catching the Chancellor’s failson Kemen (Leon Wadham) trying to burn down the entire fleet. Of course, by “catching him,” I mean “accidentally helping him burn down half the fleet and then covering for him in order to avoid looking stupid himself.”

I don’t think I’ve understood a single one of Isildur’s decisions in this show, and that’s particularly disappointing given how crucial a figure he is likely to be to The Rings of Power’s five-season story arc. The storytellers have a lot of runway to get me invested in Isildur before his fateful moral failure at the mouth of Mount Doom, but so far, of all the show’s protagonists, he’s the one I would most like to cast into the fire. Further, given where he’s headed and how long we have to get there, it’s a little lazy to introduce him as “guy who makes poor choices.”

JENNA: For as much as I continue to enjoy what they’re doing with Míriel and Pharazon and the rest of the adults in the room, the whole thing with the youngins has consistently felt like filler. Isildur is an unlikable nepotism baby with the vaguest of motivations (what does it mean that he wants to “go West”?); Eärien has been given absolutely no personality except an unexplored desire for her brother and father not to go on this expedition at any cost and an almost-completely-off-screen relationship with Kemen; and Kemen is the worst of both worlds, in that he is somehow both unlikable and bland.

The show really wants to have a conversation about sins of the (fore-)father.

I guess having a pretty traditional fantasy bildungsroman for Isildur going on in the background of the Númenor plot isn’t the worst sin, but when you add a teen romance on top of the teetering pile of Númenorean plots, the whole thing runs the risk of bloat. I’m glad it looks like we’re dividing all of the current threads into either “journey to Middle-earth” or “politics back home,” but considering the latter already lowered itself with Parazon exasperatedly explaining his whole political strategy to Kemen, I’m a little worried about the outsized effect these uninteresting teens are going to have on both.

DYLAN: Galadriel actually became my Númenorian MVP this week. For one thing, I enjoy her being aggressively over-leveled in combat a lot more when she’s enjoying it, as we see during the training sequence with Númenor’s rookies. I’m also happy to see that the series is confronting Galadriel’s potentially unhealthy obsession with Sauron head-on, even having her cop to it. As frustrating as I initially found her framing in the first few episodes, Galadriel has benefitted from a lot of organic growth over the past three weeks. She’s learning that she can’t be a good leader so long as she’s only really concerned with herself and her objective.

Halbrand (Charlie Vickers) is useful as a catalyst for Galadriel’s growth, but I’m always going to have a hard time with the notion that this man is the only person who can unite and lead the Southlands by virtue of inheritance, especially when there’s a perfectly good Bronwyn (Nazanin Boniadi) right there.

Back at the Elven Watchtower, the humans are divided when the crotchety barkeep Waldreg (Geoff Morrell) convinces half of their number to align themselves with Adar (Joseph Mawle), who he mistakenly believes to be Sauron. Frankly, if they’re fool enough to throw in with the hideous flesh-eating monsters rather than the level-headed Brownwyn and Arondir (Ismael Cruz Córdova), Adar can have ’em. I’m going to be very annoyed if the wayward humans return to the fold because some king who’d rather be a blacksmith shows up, rather than the fact that Adar is commanding them to murder each other just to be nasty.

JENNA: Halbrand’s speech to Galadriel is overlaid with the departure of these Sauron-worshiping hopefuls from the Elven Tower, and I felt like saying aloud in response, “Okay, I get it.” The show really wants to have a conversation about sins of the (fore-)father: it’s brought up in episode after episode. But there’s honestly so much else going on that we never get much more than rehashes of “Southland men threw in with evil generations ago; elves still don’t trust their descendants and police them; distrust breeds hatred; and either the distrust or the hatred is justified.”

The conversation between Halbrand and Galadriel was a good moment to dig into that a little more, as was Theo and Arondir’s chat over their impromptu archery lesson, but it still feels very 101.

DYLAN: As Galadriel and company depart for Middle-earth and storm clouds gather in the Southlands, it seems as if we’re headed into the season’s third act. With three episodes remaining, can The Rings of Power maintain its present level of momentum and goodwill? Or will it finally, irreparably, piss one of us off? 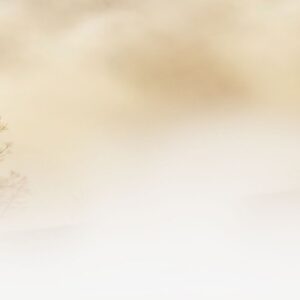 The following first appeared in Lit Hub’s The Craft of Writing newsletter—sign up here. I have a lifelong fascination...
© LitHub
Back to top