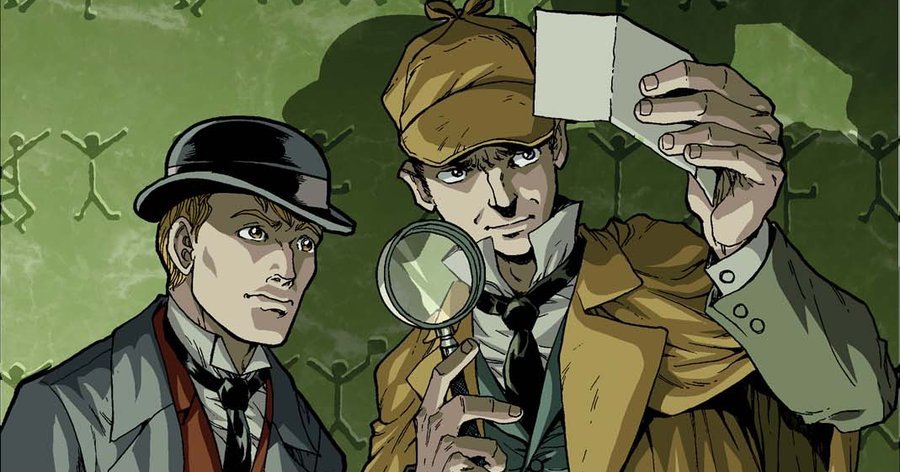 How I Learned to Create an Effective Sherlock Holmes Pastiche

Arthur Conan Doyle’s Sherlock Holmes wasn’t the first of his kind—Edgar Allan Poe’s C. Auguste Dupin arguably owns that distinction—but The Adventures of Sherlock Holmes was revolutionary nevertheless. Placing beautifully drawn characters in a series of self-contained episodic conundrums was groundbreaking, anticipating the blockbuster movie franchises and TV series to come. Add in Sherlock Holmes’ knowledge of the literary killing John Watson was making off his crime-solving career—and well, there you have a living, breathing, self-aware horse of an entirely different color. Arguably no pop culture heroes have been more beloved than the Great Detective and the Good Doctor; their influence spans so many cultures and forms of media that a UFO-shaped hat and magnifying glass have become a symbolic replacement for the very word “detective.” They were better than merely original—they’ve also been proven to be timeless.

This timelessness is certainly one of the reasons why interlopers like myself keep inflicting further Sherlockian adventures on the world. When one finds such marvelous, giddy, adoring, ridiculous imitations on the shelf of a bookstore, he calls them pastiche; when one finds equally splendid, worshipful, outrageous tributes on free websites, he calls them fanfiction. A rose by any other name, I’d argue, and what’s the point in distinguishing? None of these new exploits are Sherlock’s first rodeo. There are 60 “canonical” rodeos, and you’d have to be a fool to argue that any of ours compare to them. I’ve read some stories that brought me to joyful tears and others that made me want to bleach my corneas. But when a pastiche does succeed, it’s like viewing a previously “undiscovered” forgery of an Old Master’s work. It might not be exactly what it purports to be, but that doesn’t make it any less thrilling to look at.

The thriving cottage industry of banging out Sherlock Holmes-inspired yarns filled with romance, intrigue, red leeches, vampires, space aliens, and Transylvanian Satanists began during Sir Arthur’s time, before he even finished penning the originals, and continues today. I’m honored to have published ten Sherlock Holmes stories in the American Strand Magazine (the UK version is where Holmes gained an international reputation), and 15 of my pastiches are appearing in a collection titled The Whole Art of Detection: Lost Mysteries of Sherlock Holmes. It’s thrilling, jubilant work—but how can a writer channel a deceased fellow author in a way that satisfies an audience only longing for more of the real thing?

The absolute requirement involved in crafting an effective pastiche is a passionate love of the original work. I’ve been reading the 60 Sherlock Holmes mysteries without cease since age ten and am considered skilled at aping them, but I’d never be able to write a Professor Challenger novel, despite their also being Doyle’s creations. Why? Because I read them once and went instantly back to contemplating just what made Watson’s war wound vanish and reappear on different parts of his body.

I do have one additional trick up my sleeve, however: I was trained as an actor. I’m a mimic, somebody coached to don another human being the way one might shrug on a coat. In the canon, Sherlock Holmes is complimented that “he would have made an actor, and a rare one,” and “what the law had gained, the stage had lost.” The reader knows this to be true, having seen him gleefully disguise himself as an old woman, a nonconformist clergyman, a groom, a sea captain, an opium addict, and doubtless still more ridiculous personae Watson never recorded. I’d make a wretched detective, but I vividly recall lessons in shamelessly borrowing the quirks of strangers without their permission. “Go to coffee shops and parks and shopping malls,” our acting coaches would tell us. “Write everything down about the people you see. Is he habitual to the point of neurotic about blowing on his coffee? When does she subconsciously pull her hair over one shoulder? Why does he press his thumb into his opposite wrist?” Details like this don’t apply to my acting career any longer, but they are exactly the type of minutiae through which Sherlock Holmes might glean a clue—and the type through which I was better able to embody him.

Pastiche writers often insist on spinning Holmes’s lines of dialogue into elaborate Victorian word tapestries that continue on for decades, simply because to our ears, 19th-century syntax is complicated. I see this as jarringly inauthentic; in Doyle’s work, Holmes is perfectly capable of calling out, “I’ll be back some time, Watson,” and vanishing out the door dressed as a rakish young workman with a goatee. “Hum,” he’ll grunt laconically. Or best of all, his sly, twinkling, “Dear me!” I’ve been trained in replicating accents, which makes it much easier for me to write a Cockney character speaking with a Northern Irish one, despite having been born among the taquerias of sunny San Jose.

As any actor (or detective) knows, one should never simply listen to what a character says about himself; what the other characters say about him is much more revelatory. Many writers, when crafting their versions of Holmes, take him at face value. But Sherlock Holmes (and Dr. Watson too, for that matter) is extremely unreliable when it comes to the subject of himself. “I never guess,” declares Sherlock Holmes. (He does—frequently.) “I am a brain, Watson. The rest of me is a mere appendix.” (Yes, of course, Holmes, which is why Watson records you driving yourself so hard you’ve fainted no less than four times.) “Cut out the poetry, Watson.” (Holmes waxes rhapsodically poetic about everything from roses to weather.) He claims to be drawn only to abstruse intellectual puzzles but burgles the house of a blackmailer to save a lady’s honor. He claims to be unsociable but others are magnetically drawn to him. And through it all, he claims to be immune to the softer emotions, which many—in light of his courage and kindness—find the most outrageous prevarication of all.

Crafting a pastiche, for me, is ultimately much less about imitating a style than it is about embodying a person I know as well as any character I’ve ever played. It’s about putting myself in the shoes of literary heroes I’ve come to love and, for a little while, living as them in my imagination. While style is one component of theatre—especially in the case of the distinctive language employed by Beckett or Ionesco, for example—every theatrical production of merit is about exploring the relationships between human beings, and my tales follow this principle absolutely, primarily regarding the staunch friendship Sherlock Holmes and Dr. Watson share.

The most unstudied Sherlockian could tell you that these men are intensely loyal to one another and share an unbreakable bond. By inhabiting both of them on so many occasions, I’ve been able explore grayer areas of their psyches, where all is not precisely as it seems. John Watson, seemingly unquestioning of Holmes’s commands, steers his friend far more than one might suppose. Sherlock Holmes, for all his seeming arrogance, is occasionally deeply melancholy and self-critical. It is these sort of contradictory grace notes that make any adaptation—from Basil Rathbone’s smooth operator to Robert Downey Jr’s frenetic prankster—successful, and the means of exploring them are as limitless as the pastiche author’s imagination.

Lyndsay Faye is the author of five critically acclaimed books: Dust and Shadow; The Gods of Gotham, which was nominated for the Edgar Award for Best Novel; Seven for a Secret; The Fatal Flame; and Jane Steele. Faye, a true New Yorker in the sense that she was born elsewhere, lives in New York City with her husband, Gabriel. 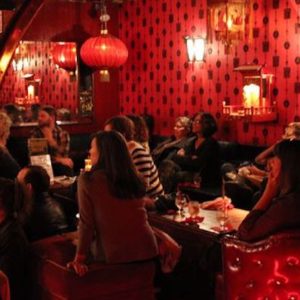 Between 2004 and 2015, I was the curator and host of the Rhapsodomancy Reading Series in Los Angeles. For the first two years...
© LitHub
Back to top