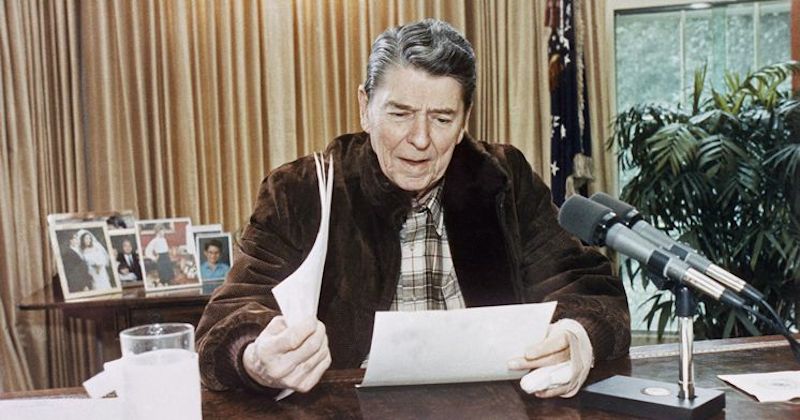 In a recent tweet, pollster and political analyst Nate Silver laid out the following scenario under the tag line “also to consider.” “In 2020,” Silver offered, “Hillary Clinton would be 72, gunning for her party’s 4th straight term, possibly quite unpopular. Tough to re-elect.” As a leap into the future, it was a breathtaking bit of speculation. Clinton has yet to secure her party’s nomination, let alone a victory in the 2016 general election. She is unpopular among enough voters now as a candidate to leave at least room for the possibility that there will be no first term, never mind a bid for re-election four years hence. Second terms are never a sure thing for any President. After one term in the Oval Office—“possibly quite unpopular”? Certainly possible but no more so for Clinton than for any other candidate in the race or for any first term President.

Predictably enough, Silver’s tweet precipitated a flurry of responses, with many suggesting the crystal ball gazing contained more than a hint of sexism. In particular, the reference to Clinton’s age raised hackles among warriors from different Democratic Party camps. “Bernie is 74 now. Why single Hillary out?” asked one respondent whose question was echoed, more pointedly, by a tweeter who charged: “He’s saying we should consider not voting for her because she’ll be 72 at the end of her 1st term yet Sanders will be 79! WTF?” “Reagan was 15 days shy of 74 & showing obvious signs of dementia when reelected but @NateSilver538 goes after HRC?” posted another incredulous follower. While some tweets insisted Silver was rightly pursuing the what-ifs that are the bread and butter of any respectable political analyst, skepticism remained. “It would be WEIRD,” one apparent Silver admirer reflected, “if there was already some polling on 2020 that he sees and we don’t.”

Weirder still were the evident historical parallels, present if largely obscured, between this uber-modern social media debate and longstanding doubts that had surfaced in the quest of previous female presidential candidates. Like the lonely lightning bug captured in a glass jar, emitting an ever fading light, the tweets about Clinton’s age briefly and brightly illuminated a memorable moment in a previous race. In 1964, Republican Senator Margaret Chase Smith of Maine repeatedly faced speculation that her age might well be the Achilles heel of her presidential campaign. Then among the most admired women in the world by Americans, Smith had compiled a remarkable political resume since her 1940 election to the House of Representatives. The first woman elected on her own to the United States Senate in 1948, she would serve there longer than any woman in the 20th century. Fiercely independent, she had earned the unswerving loyalty of her constituents in Maine. But once she became a presidential candidate, her achievements were dwarfed by concerns that at 66 an old woman was not what the nation needed in ’64.

Political commentators of the day evinced little hesitation in making an issue of Smith’s age. There was no question, wrote a columnist for the Los Angeles Times, that Smith was a woman of great “talent and ability.” However, Richard Wilson lamented, “she is regarded as beyond the optimum years for the presidency,” given that if elected she would be 67 when her first term began. At the end of a second term, she would be 75. In Wilson’s view Smith’s age was “a disqualifying factor” despite a record of achievement that “in all other respects” equaled that of many presidents.

In fact, it appeared in 1964 that Smith’s gender could not be disaggregated from doubts about her age. For some the two variables went hand in hand. The changes women experienced at mid-life were “known to have an effect on judgment and behavior,” pundits observed. Concerns that Smith had the stamina for “all-night crisis conferences at the White House if she became President” were posed as serious questions to the long-serving Senator. She bristled at the double standard, tartly rejoining: “I haven’t seen the age played up in the case of the male candidates.” When Smith observed that since she entered the race “almost every news story starts off ‘the 66-year old Senator,’” her complaint was widely reported. One headline read “66-Year Old Sen. Smith Hits Age Talk.” If her age had become another reason why she “should not be running,” Smith was unmoved by the argument. As President she would be expected to face world leaders very much her senior, she noted.

Its awesome responsibilities demand careful scrutiny of every individual who seeks the American presidency. Better to have a rousing, if bruising debate, about each candidate’s merits as a potential leader than to pull punches. For much of American history, there has been little danger of the latter even, or perhaps especially, when women candidates have been in the ring. It isn’t sexist to interrogate a candidate’s fitness for president; similar concerns about age were raised about Dwight Eisenhower in his second term and about Ronald Reagan. But neither suffered the kinds of misgivings about their innate capacity as men to lead the nation that historically confronted Smith and other female presidential candidates. Today such prejudices, if polls can be believed, do not hold sway. Hillary Clinton inhabits a vastly changed political landscape. But when the lightning bug flickers, we’re reminded of just how arduous has been the longer race.

Ellen Fitzpatrick’s The Highest Glass Ceiling is out today from Harvard University Press.

Ellen Fitzpatrick , a professor at the University of New Hampshire and scholar specializing in modern American political and intellectual history, is the author and editor of eight books. Her last book, New York Times bestseller Letters to Jackie became the basis of a highly regarded documentary film, and her newest book, The Highest Glass Ceiling is out now by Harvard University Press. 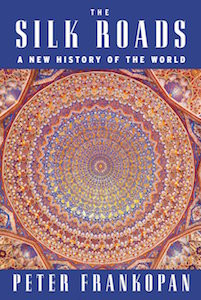 For too long, Secretary of State Hillary Clinton said in 2011, the centre of Asia has been “torn apart by conflict and division,”...
© LitHub
Back to top