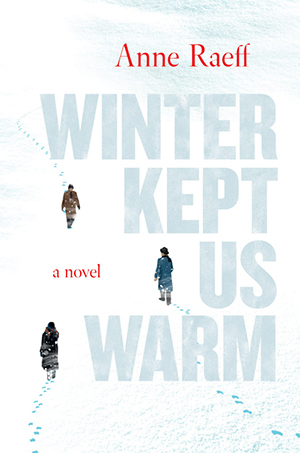 The following is from Anne Raeff's novel, Winter Kept Us Warm. Living in Berlin one year after WWII has ended, Ulli is working as a interpreter between GIs and local women eager to meet them. One night she meets two Americans, befriending both and falling in love with one. Anne Raeff's story collection The Jungle Around Us won the 2015 Flannery O’Connor Award for Short Fiction and was a finalist for the California Book Award.

Postwar Germany was rife with opportunities, and Ulli soon found her place in the postwar economy. She stumbled upon her new livelihood in a bar frequented by American soldiers and young German women who were looking for salvation in the arms of a homesick boy from Iowa or Alabama. When she first started going to these bars, she too believed in this possibility, and she often found herself waking up in an overly soft bed in a dingy hotel room next to a pimply boy with sour breath and a hangover who talked about his mother’s cooking and cars. It took quite a few such encounters before she realized that it was safer—and more lucrative—to play Cyrano for the lonely soldiers and their hopeful German girlfriends than to play at love herself.

The business started out quite innocently. Because of Ulli’s skill with English, soldiers solicited her help with the women they were interested in wooing. A soldier would ask her, for example, to tell a prospective candidate that she had a beautiful smile. The woman would laugh, he would buy her a drink, and she would ask him where he was from. At this point Ulli would ask him to tell her about his hometown, and she would tell the woman about the soldier’s sisters and about what sports he had played in high school, and the woman would invariably want to know whether he had been to New York and whether he had seen the Empire State Building. In turn, the woman would tell him about the fresh cheese on her grandparents’ farm, for so many of them had come from the countryside to seek their fortunes in the city. And before long they would be thanking her, the soldier pressing a few bills into Ulli’s hands before stumbling out of the bar arm in arm with his date. Thus Ulli became well known for her services in a number of the bars the soldiers frequented. With the money she earned, she could buy everything she needed on the black market—real coffee,

vodka, stockings. She slept until eleven or twelve and spent the afternoons wandering the city or reading.

It was in one of those bars that Ulli met Leo and Isaac. They were sitting at a table in a back corner, as far away from the dancing as one could get. She noticed them immediately because they paid no attention to the girls. They seemed to be talking about something important, leaning in toward each other, gesticulating. It was a slow night for Ulli, so she sat at her usual table, watching them. They were drinking quite heavily. Every so often Leo called the waitress over and ordered more drinks.

Isaac was tall and thin, yet he did not have the usual slouch that tall, thin people have. He sat straight, and Ulli could see that his fingers were long and thin too, like a pianist’s, and when he leaned back in his chair, letting his arms fall to the side, his hands touched the floor. Leo was neither tall nor short, stocky but not fat. She noted his handsome, square face. His lips were thick, almost like a woman’s yet not feminine at all.

They seemed so engaged in their conversation that she was taken off guard when the waitress brought her a drink and, pointing to their table, said, “Compliments of the soldiers.”

She tried to refuse it. “Thank you,” she said, “but I was just leaving.”

“It’s already paid for,” the waitress told her, “so you might as well drink it.”

“Thank you, but perhaps you would like it?” Ulli suggested.

“I’m not allowed to accept drinks from the customers,” she said, leaving Ulli with the drink.

“Ulli never thought of her inaccuracies as lying but rather as embellishments, little flourishes she added, like the illuminated first letter in medieval manuscripts.”

Instead of taking a sip, Ulli lit a cigarette and looked away from Leo and Isaac. Of course she could have put on her coat and gloves and hat and walked out the door. She was quite sure that neither of them would follow her. She felt, however, that this was a test, though she had no idea about what, so she did not leave, but she did not take a sip of the

drink either. She tried to concentrate on the music and the dancers, who were, by this time, stumbling drunkenly around the dance floor. Finally, the stocky soldier stood up and approached her. He picked up the untouched drink and downed it in one gulp. “Thank you,” he said, and returned to his seat.

She left soon afterward, giving herself just a few more minutes so it would not seem that she was running away from them. “Good night, madame,” the soldiers called out as she made her way to the door, but she did not respond. Usually there were other people out when she went home, but it was a particularly cold night, so the streets were completely deserted. The trees were covered with ice, and the cold seemed to amplify the sound of her steps on the deserted street. She thought for a moment that she should be afraid of walking alone, but she did not feel any fear and was proud of herself for her adventurousness. If she had been the kind of person who whistled, she would have whistled, but instead she unbuttoned the top button of her coat. She did not want to feel constricted.

The next night, Ulli returned to the bar, but the two soldiers were not there. She spent the evening translating for a young man from New Jersey whose father owned a butcher shop where he was planning to work when he got out of the army. “We’ve got a classy clientele,” he kept assuring his plump young girl. Ulli had read somewhere that Frank Sinatra was from New Jersey, so she told the girl that Frank Sinatra used to be their customer, and the girl smiled, saying she adored Frank Sinatra. The soldier was not at all puzzled by the fact that the conversation had suddenly turned from meat to Frank Sinatra, for he too was a great admirer.

Ulli never thought of her inaccuracies as lying but rather as embellishments, little flourishes she added, like the illuminated first letter in medieval manuscripts. She did it not because she wanted to trick the girls, but because she wanted them to find what they were looking for: a way out. Yet sometimes, if she sensed something particularly mean or annoying about one of the soldiers, Ulli would put words in his mouth that any woman, even the most naïve, would not be able to ignore. She told a very pretty and very young girl, whose father and brothers had been killed on the Russian front, that the young man from Indiana she adored had robbed a liquor store at gunpoint. He had been telling

Ulli that he preferred a wife who did not understand what he was saying. He worried that she would learn English once they were in the United States, and then he would be at a disadvantage. Ulli asked him why, then, he had enlisted her services, and he said he wanted the girl to feel comfortable. “Women like to talk,” he said, “but if I had it my way, we wouldn’t say a thing. Then there would never be any disagreements.” When the girl left him for another soldier, a fat redhead from Maine, he blamed Ulli. The man was brutish but not entirely stupid.

Interestingly enough, most of the soldiers did not engage Ulli’s services. Perhaps, even though they did not put it into words, they too liked not having to talk. It made things simpler, more straightforward. Ulli’s clients were the romantic ones, she supposed, and she liked to think that the brides they took back with them to small towns across the United States were not disappointed when they were finally able to understand their husbands’ words. She wondered whether the woman with the boy whose family owned the butcher shop had ever figured out that Frank Sinatra had not been their customer and, if she had, whether it mattered. Perhaps they shared a laugh about it. Or perhaps there had been so many other letdowns by then that even Frank Sinatra seemed

From Winter Kept Us Warm. Used with permission of Counterpoint Press. Copyright © 2018 by Anne Raeff.

How My Mother Taught Me to Be a Book Fanatic 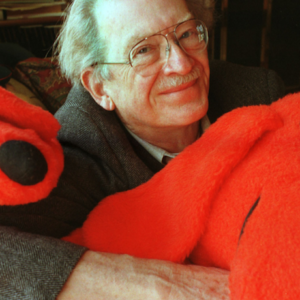 Lit Hub Daily: February 15, 2018 Introvert vs. extrovert: Dani Shapiro on the hard art of balancing a writing life with social media. | Literary...
© LitHub
Back to top