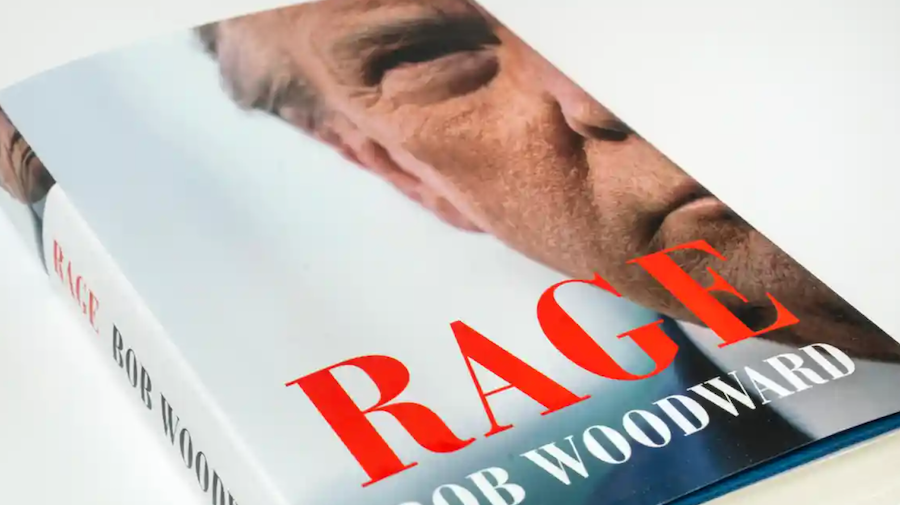 Will the publication of Bob Woodward’s Rage matter? It should.

Even though it feels like it’s been out for weeks, today is the actual pub day of Bob Woodward’s Rage, which has garnered MUCH attention for its all-you-can-eat buffet of pre-pub scoops, not to mention the subsequent anger about apparently vital information being held back for the sake of a book. In talking about his reporting Woodward has also confirmed once again that Donald Trump is a vain, self-deluded narcissist who craves attention above all other things—great qualities for a president: Can you imagine repeatedly calling a reporter whose entire reputation is built on revealing damning facts about powerful people? Who wrote a tell-all called Fear about your workplace? (Well, I can’t, obviously, but still.)

Vox has gone deep on an explainer for Rage—all the whos/whats/whys—but the main question is will any of this matter? Will the fact that Trump downplayed the threat of Covid-19 publicly while privately doing very little to stop it matter? Will it matter that Trump’s former top security advisors—James Mattis, Dan Coats, and Rex Tillerson, not exactly progressive doves—all think him to be a threat to the safety of the nation? That he seems to have dictator crushes on Vladimir Putin and Kim Jong Un?

The cynical answer is no, it won’t: we are scandal-weary, we have been (over)saturated with four years of open incompetence and barely veiled malfeasance, the Republican Party is essentially a cult at this point… so why bother? It has been said elsewhere and at greater length that the size of the lie is the point, that the success of the dictator depends upon the ambition of his falsehoods, that they become so overwhelmingly obvious that we simply start to ignore them, that we begin to lead our day-to-day lives looking inward and down. That we seek to avoid history as it’s happening—until it’s too late.

So let’s pause today and internalize the details of Bob Woodward’s damning reporting, that it might reignite some of that exhausting (and exhausted) rage we’ve all been feeling for a long time, and push us just a little bit harder toward a different world come November 3.

First came Fear, then came Rage—let’s hope the third and final book in the series is called Shame.