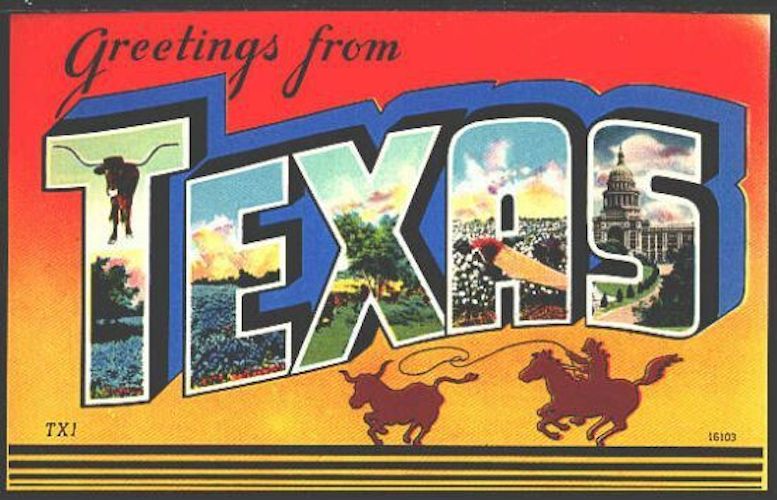 via Henry Holt and Company

Kimberly Garza Unpacks the Mythology of the Lone Star State

The kids’ eyes, wide and bright at first, narrowed and dimmed with every one of my answers. Do you ride horses to school? I shook my head. Do you wear cowboy hats and boots every day? No. But everyone has guns, yes? I sighed heavily. I was fifteen, had been in the Philippines less than three days, and was used to these questions from my extended family here and any other friends and neighbors who heard “the Texans were visiting.” From 8,000 miles away the shadow of my home state loomed large.

It was always this way when we traveled. Here, in my mother’s home country. Or Belize, Australia, England. You’re from Texas? and then a quick once-over to take me in. My hair dark and straight, my skin brown. Hoop earrings instead of a cowboy hat, chanclas instead of boots. I did not like guns. I still don’t. Every day I went to school in a black Impala and left my horses at home (yes, we had them—one nod to the image).

My family peppered our English with Spanish, with Tagalog: I was like n’ombre, that’s chafas. Aray ko! No oil derricks, no tumbleweeds, no big-haired Dallas blondes. The people would shrug, disappointed. And part of me shrank a bit in shame that Texas, my Texas, didn’t align with their myth.

Here’s the thing about Texas, y’all: Those images we relentlessly disseminate to the rest of the world, those legends and stories about what this place is, are the same images and legends and stories we Texans tell ourselves. That we are cowboys and wildcatters, hell-raisers and big dreamers who make things happen; ferociously independent and defiant in the face of overwhelming odds. For better or worse, we move through our lives aware of the burden of this myth, and in our own small ways, trying to live up to it.

Texas writers are no different. Just look at the literature that has traced—and often ruthlessly torn apart—the mythology of the Lone Star State. Larry McMurtry. Cormac McCarthy. James Michener. Américo Paredes. Katherine Anne Porter. The list goes on. Whether it’s McMurtry’s unsentimental elegy to the aging cowboys and lawmen in Lonesome Dove; Paredes’s tender yet damning portrait of lives lived on both sides of the Rio Grande in George Washington Gomez; or the dust-weary southwest borderlands, riddled with ambition and cruelty, in McCarthy’s No Country For Old Men, the Texas portrayed in these novels is one that outsiders see, absorb, add to their perception of this place.

And for us Texans whose version is different—who speak other languages, have different backgrounds, or grew up in corners rarely if ever depicted in Texan literature and film—it’s yet another way to make us feel like outsiders even in a state twice the size of Germany.

I have lived in Texas my entire life and I know it better than any other place on earth but I avoided it like the plague in my work. No one would want to read my Texas, I thought.

When I read those books years ago, I pored through them in search of the familiar. These were award-winning, world-famous novels about my home; surely I could find something relatable. And I did. Mentions here and there of towns, highways, waterways I recognized, accents or phrases or rituals I knew. But none fully captured my understanding of Texas. I was a young writer and a Texan dreaming big dreams about publishing around the world, and it discouraged me. We have been told and re-told the world over; what more could be said? Another book set here would simply be a small voice shouting within the roar of a crowd—a crowd with multiple Pulitzers.

Is there room for me in all this? I wanted to ask. I am here, we are here, can’t we be Texas, too?

I feared the answer was no. So I spent years writing about anything and everywhere else. In my first undergraduate workshop, I submitted a story set in the Philippines. I wrote another about a wannabe writer who moved to New York—where I fervently believed all writers must live at some point to be successful. I set one in Guadalajara, a city I had spent one summer in. I have lived in Texas my entire life and I know it better than any other place on earth but I avoided it like the plague in my work. No one would want to read my Texas, I thought. No one would believe it.

Here’s the last thing about Texas, y’all: We’re just one big state made up of millions of small places.

A few years passed, and I read more, and more. And at some point, the wind changed, the tide turned. If I were writing my own story, I would put an epiphany here. A clever professor, a sharp-eyed workshop friend, an inspirational word from my parents. Someone to see me visibly struggling and say, Enough, Kim. But there was no lightning strike. My realization was a slow, subtle shift into understanding: that all around me were writers writing themselves.

So many of the books I loved deeply—Sandra Cisneros’s The House on Mango Street, Oscar Cásares’s Brownsville, even The Great Gatsby or the Nick Adams stories—were writers depicting what they saw, what they had experienced or were still going through, their own people and home places. Here we are in literature, they wrote. Read us, see us. Unafraid, bold, brash. I could be, too, couldn’t I? What’s more Texan than that?

So no Texas story had really depicted Filipino immigrants like my mother, a nurse who moved from the Panhandle to the Valley to the Gulf Coast and staked her own claim, or looked closely at the present-day complex identity of Tejanos like my father who have so long been here. So I had yet to see a novel fully portraying the Galveston where I was born, an island rich with diversity and history and tragedy, or the Uvalde where I grew up, caught between the South Texas borderlands and the river-veined hill country.

So no beloved Texan characters looked or sounded like me. So what? I wouldn’t align with our myth and legends; I would subvert them. I couldn’t write “Texas,” but I could write Galveston, Uvalde, the Rio Grande Valley. The corners I knew. The ones my relatives in the Philippines or friends abroad had probably never heard of. I couldn’t write under the weight of Texas’s myth so I ignored it altogether.

Carly finally admitted something was wrong the day her grandmother brought home a whole pompano and tried to eat it raw. That was the first sentence I wrote about Galveston, a scrap of a story I would set aside for years until I drew it out again in 2014, couldn’t focus on anything but that. And it became the heart of my novel—a novel about Galveston, Uvalde, Brownsville, yes. And about Texas.

I didn’t know cattle drives or oil derricks, but I know the feel of stepping into a green river, cold as its name Frio, losing your footing on the cypress roots and mossy rocks beneath the surface but plunging ahead anyway. I know the bite of mesquite bark beneath my palms and knees as I climbed trees with my sister, or the slip of baby oil along our heels and ankles to get off the tar that washed in from the Galveston beaches. I know the smell of Highway 83 south in the summer heat and how to spot the state trooper vehicle parked on some caliche road a mile away. I know how to smile at the border checkpoint in Sarita when I am asked Are you an American citizen? I know the sound of my mother’s voice, how she used to smother her accent as best she could as she responded, Yes, sir. These are elements of Texas, of being Texan. I’m going to write them.

Here’s the last thing about Texas, y’all: We’re just one big state made up of millions of small places. Neighborhoods become towns become cities become counties become regions. Running into your football coach at HEB or getting snarled in traffic on I-35 is as much a part of this legend as vaqueros and tumbleweeds. That’s both the irony and the promise of this place. Everyone has a corner of Texas, and every corner is us.

As for the mythos of this place, beloved columnist and author Molly Ivins wrote that “the more a body tries to explode all the foolish myths that have grown up about Texas by telling the truth, the more a body will wind up adding to the mythology.” McMurtry and McCarthy and me—turns out there is enough space in the myth for us all. 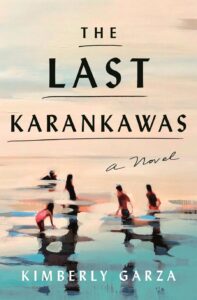 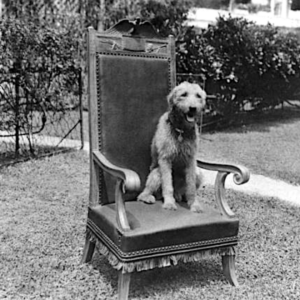 “Whether the Creator planned it so,” Warren Harding once wrote in the Marion [Ohio] Daily Star, “or environment and human...
© LitHub
Back to top
Loading Comments...