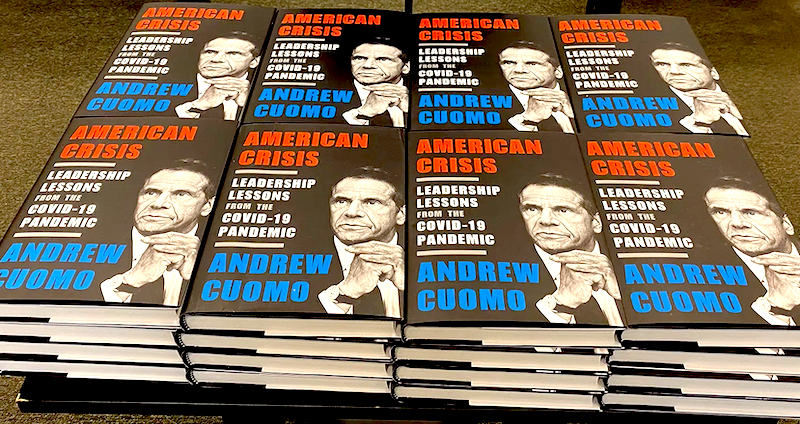 Why won’t Andrew Cuomo talk about his book deal?

Can someone please share the Publishers Weekly deal code* with the New York state Joint Commission on Public Ethics? Because they’re having a hard time finding out any details around Governor Andrew Cuomo’s book deal for the prematurely triumphal American Crisis: Leadership Lessons from the COVID-19 Pandemic. (*You know: nice deal=50K+, good deal=100K+, Mr. Moneybags-over-here=250K+)

Per New York state law an elected official must seek permission from the JCOPE to receive outside income while in office. Apparently, JCOPE commissioner Gary Lavine, who was appointed by Republicans, is getting the runaround from new commission chair Camille Joseph Varlack on the details of the permissions, describing the process to the Times Union as “a gigantic taffy pull—just stretch out everything…” So, you know, slooooow.

At the risk of understatement it has been a rocky month for Cuomo who, after it was revealed that statistics were fudged around Covid-related nursing home deaths in New York state, is also facing multiple credible charges of serious sexual harassment. The knives are indeed out for a governor who’s never seemed interested in making political friends so much as acquiring political allies and removing political enemies.

This one, though, seems like an unforced error by an administration more concerned with absolute control than PR damage. Unless Cuomo got a super-duper major deal (like, ten figures), this has Streisand Effect written all over it.