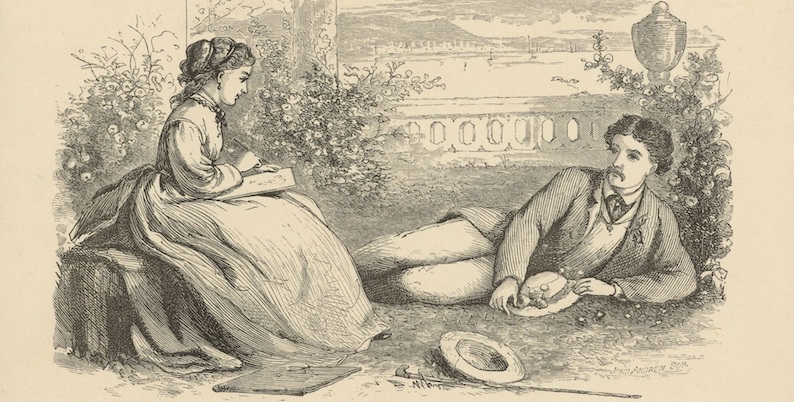 Why We’ll Never Get Tired of Literary Retellings

Meg Donohue on the Enduring Appeal of Updating Old Stories

I make an effort to read a wide variety of books, but the genre that I find myself drawn to time and again is retellings of classic novels. I’ve yet to hear about a new twist on a timeless tale that doesn’t sound compelling to me. In fact, it’s a niche of storytelling that I enjoy so much that I’ve written my own entry into the genre, a novel entitled You, Me, and the Sea that is inspired by Emily Bronte’s Wuthering Heights. As I worked on my novel, I spent a lot of time thinking about my favorite retellings, and what it is, exactly, that makes these stories so endearing to readers—and writers. What I’ve come to believe is that reimaginings present a unique delight to readers because they manage to combine the pleasure of surprising twists with the comfort of a familiar story.

Like a lot of readers, I first read many of the classics during my formative teenage and young adult years, and subsequently came to associate many of these famous works with the heady, emotional time of youth. Perhaps returning to the plotline and characters of a classic novel is like taking a drive through your hometown, or visiting the summer camp where you had your first kiss. We’re reminded of the thrill of that first experience of falling in love with reading.

And then there’s the pleasure of spotting the similarities and differences between the new novel and the one to which it pays homage—an English major’s version of Where’s Waldo. Retellings come in all shapes and sizes, with some adhering strictly to the plotline of their source of inspiration, and others using the older novel as a springboard to something entirely new. Some retellings, like Wide Sargasso Sea by Jean Rhys (inspired by Jane Eyre), shift the story so that readers view it from a new perspective, giving voice to a character whose voice was not heard in the original. Others, like Eligible by Curtis Sittenfeld, a retelling of Pride and Prejudice, have the story unfold in a different era, often revealing the ways in which the themes at the heart of the classic novel are timeless.

Or perhaps what is most fun about retellings is the moxie it takes for an author to retune a book that feels so canonized as to be nearly untouchable. Retellings breathe exciting, new life into classic tales, letting us rediscover stories that we read long ago, and allowing readers to interact with classics in a way that feels playful, provocative, and illuminating. And a retelling gives readers a great excuse to revisit a classic novel. Edmund Wilson said, “No two persons ever read the same book”—similarly, you’ll never again be the person you were when you first read a book, making the experience of reading novels inspired by classics all the more layered.

Here are twelve of my favorite retellings of classic novels: 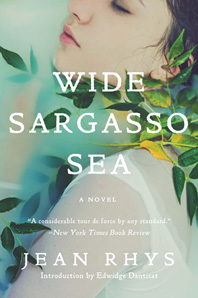 If at a certain point retellings surpass the genre and become classics themselves, Wide Sargasso Sea has certainly done so. Published in 1966,  Rhys’s novel brilliantly reimagines Charlotte Bronte’s Jane Eyre from the point of view of the first Mrs. Rochester, the mad wife locked in the attic, and in so doing turns the classic entirely on its head, making the reader see each character in a new light. Bronte created strong, passionate female characters, and Rhys’s novel takes these characters several startling, feminist leaps forward. I believe this is the first novel I ever read that was directly inspired by another, jumpstarting my love for fresh takes on classics. 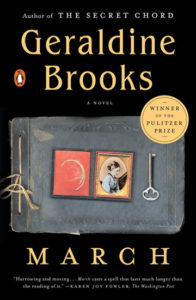 Brooks won the Pulitzer Prize for March, a historical novel inspired by Louisa May Alcott’s Little Women. True to its title, Little Women focused on the daughters of the March family, with some attention paid to their beloved mother, Marmee. But the girls’ father, Mr. March, is largely absent from the novel while acting as a chaplain in the Union Army during the Civil War, and even when he returns home, his character is not much more than a sketch. Brooks’s novel therefore becomes a fascinating companion to Little Women, revealing the war and the March marriage through Mr. March’s eyes. 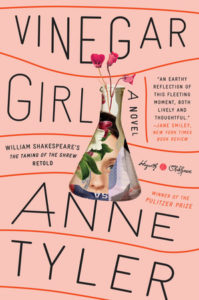 With her signature blend of empathy and humor, who better than Tyler to take on Shakespeare’s Taming of the Shrew? Tyler sets her retelling in her beloved Baltimore with a protagonist who is less “shrew-like” than endearingly flawed. A zippy, fast read that I’m not afraid to report I enjoyed far more than the classic on which it’s based. 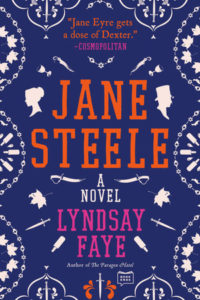 “Reader, I murdered him.” From this line—a zinger of a twist on one of the most famous sentences in literature—I was hopelessly hooked on this inventive reimagining of Charlotte Bronte’s Jane Eyre. Set in Victorian England, with Jane retooled as a witty serial killer, Jane Steele manages to capture all of the dark, romantic energy of the original story while refashioning it into something entirely new, fast-paced, and deeply entertaining. 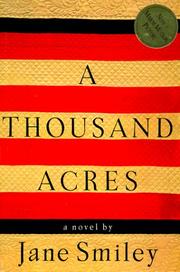 Another reimagining that won a Pulitzer, Smiley’s version of King Lear is set on an Iowa farm. At first, the plotline hues closely to Shakespeare’s famous tragedy—an aging patriarch divides his land among his three daughters. But in Smiley’s novel, shocking family secrets cast the consequences of this action in a stark new light. Why would a patriarch’s family betray him? In Lear, the answer is power, but Smiley’s update gives a more layered, traumatic, and ultimately haunting answer. 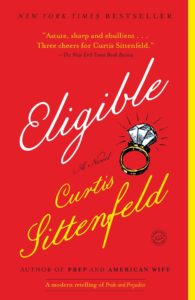 Of all my favorite retellings, Sittenfeld’s take on Jane Austen’s Pride and Prejudice feels the most true to the classic that inspired it. Though set in contemporary Cincinnati, Sittenfeld does such an impeccable job of invoking the charm and sharp wit of Austin that Eligible truly feels like the story Austin would write if she were working today. 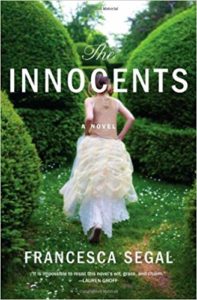 Edith Wharton’s The Age of Innocence had New York high society; Segal’s novel brings readers to a new enclave where everyone knows everything about everyone: a tightknit Jewish community in the suburbs of London. The Innocents is a lively update of the original, full of sharp observations about social conventions, the unspoken rules of certain communities, and familial pressures. 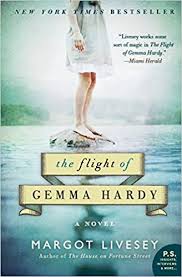 I know what you’re thinking: Another novel inspired by Jane Eyre? All I can say is the heart wants what the heart wants. The Flight of Gemma Hardy reworks the classic into a coming-of-age tale set in Scotland in the middle of the 20th century. Livesey imbues her Gemma with Jane’s plucky, independent spirit, but she also allows herself the freedom to play with the plot of Jane Eyre, turning her novel into more of an homage than a straight retelling. 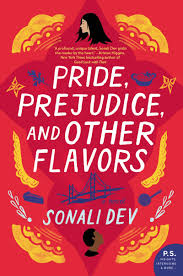 Pride and Prejudice meets Crazy Rich Asians in this juicy saga about a large, wealthy, and eclectic Indian American family—including but not limited to ex-Bollywood actresses, descendants of Indian royalty, neurosurgeons, and chefs. Dev’s retelling has a gender-swap twist, with a female protagonist who is a fresh version of rich, prickly Darcy. There’s still plenty of pride and prejudice on these pages, but by tackling cultural issues as well as class ones, Dev adds welcome new layers to the story. 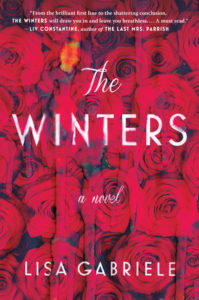 Writers of Gothic fiction are known for using place and weather to create a dark, spellbinding tone, and Gabriele’s retelling of Daphne du Maurier’s Rebecca pays tribute to the classic with its eerie, secluded-mansion setting. The Winters is the kind of homage that I love—it hues closely to the original while still managing to have enough twists to keep even fans of the classic guessing. 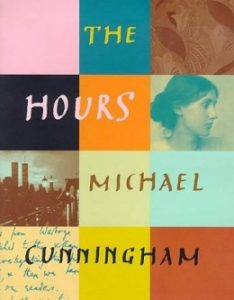 More than any other author on this list, Cunningham takes a loose approach to concept of retelling a classic novel. In The Hours, interwoven stories pay tribute both to the novel Mrs. Dalloway by Virginia Woolf, and also to the author, Woolf, herself. While The Hours stands on its own as an entirely original work, like all the best retellings it also makes for an eye-opening and moving companion novel when read in conjunction with the classic that inspired it. 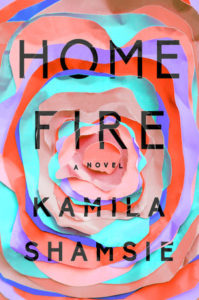 Shamsie uses the core themes of the Greek tragedy Antigone—war, love, and loyalty—to a spin a tense and moving tale about a British Pakistani family whose patriarch is a known jihadist. Employing a 2,000-year-old play as the framework for an of-the-moment story about prejudice, extremism, human rights, and modern love, Home Fire is the perfect example of how retellings illuminate the timelessness of the human condition. 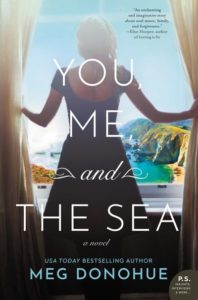 Meg Donohue is the bestselling author of five novels. Her latest novel, You, Me, and the Sea, is inspired by Wuthering Heights.

Gabrielle Bellot on the Dreamy, Queer Beauty of On a Sunbeam 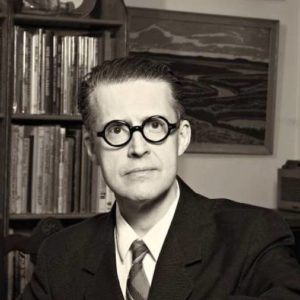 Alternative comics legend Seth drops into the Damn Library on tour for his career-defining Clyde Fans. The conversation quickly...
© LitHub
Back to top
Loading Comments...