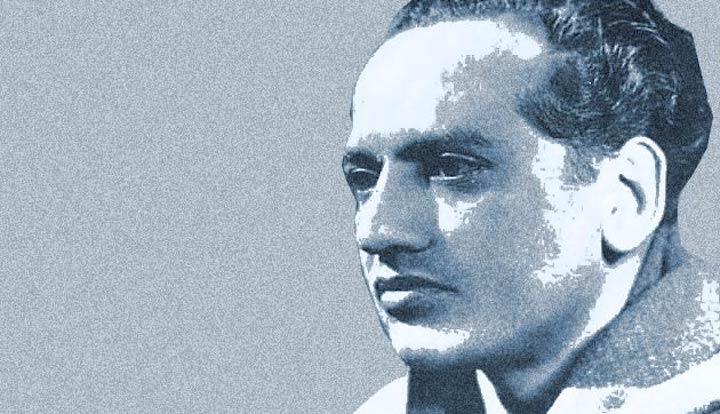 Why We Need Revolutionary Poet Faiz Ahmed Faiz More Than Ever

Rajat Singh on the Tangible Power of Political Poetry

During unspeakably dark moments, where do we turn? To facts? Beliefs? Or to someplace else? Facts organize the world, which we go mad to control. When we cling to our beliefs out of fear, they in turn dull our minds. But poetry, specifically that of the revolutionary poet, can both soothe our disquiet and awaken us to our complacency. Within the revolutionary poet’s words lies the potential not only to speak of our discontents, but also to bring us together, move us to action, and help us imagine how to create new futures.

This past month, we have been taking stock of the catastrophic loss that Donald Trump’s triumph has hollowed out among our nation’s people of color, among its minorities, among those who fear their further disenfranchisement and loss of voice. The night of the election, as I crawled into bed, unsure of what kind of America I’d wake up to, a slim volume of translated poems lay on my bedside table: verses written by the Urdu poet Faiz Ahmed Faiz.

In 1947, the British, hastening to grant the people of the Indian subcontinent their independence, split the region of Punjab between Hindus and Muslims so that each religious group could have their own state: India and Pakistan. Faiz documented the Indian subcontinent in the throes of uncertainty, tension, and horrific violence. Since the election, his poems, both nourishing and rousing, have kept me company as I’ve struggled to find words to articulate my anger, grief, and indignation at the nightmarish reality that awaits us.

Faiz was born in 1911 in Sialkot, from where my maternal grandmother also hailed, in a region of Punjab that sits along the fault line of Partition. His upbringing was Muslim, he was trained in the classical Persian poets Rumi and Hafiz, and he learned to read English, French, and Russian literature while growing up. He has achieved today an iconic legacy, his name carrying a distinctive ring that many Pakistanis hold within their hearts.

Faiz’s poetry has long reflected a syncretic spirit, both across place and across time. It found a place among many local cultural traditions and also beyond. He not only navigated the space between Hindu and Muslim, but was also deeply influenced by British poets like W.H. Auden. Faiz’s poetry merged styles across centuries, weaving together classical forms like the 14th-century ghazal (notably drawing from Punjabi poetic ideals like loss and longing, as well as from Sufi philosophy) with 20th-century forms like free verse that the British had been importing into the subcontinent since the Raj took hold of it a century earlier.

Moreover, that Faiz’s work responded to contemporary moments of crisis made his poetry distinctively critical in two ways. His verses both challenged structures of power and the failure of governments to heed the concerns of the downtrodden, and they reflected a new direction for poetry itself—a revolutionary one. Most importantly, Faiz adopted and adapted the forms, images, and themes of Urdu poetry to criticize and galvanize readers against the oppressive political regimes threatening the subcontinent while the British were drawing their line in the sand and splitting the land apart.

Faiz’s poems issue a social and collective call through their use of a universal hum (Hindi for “I” or “we”). His characteristic style of free verse, referred to as nazm within the Urdu poetic tradition, assumed a revolutionary aesthetic, opening for his readers new possibilities for becoming actors in—and on—the world. Nazm departs from the formal genre of ghazal, classical love poetry that either celebrates or mourns love. In the lyrical fervor of nazm, Faiz transformed emotion into motion, such that erotic poetry and revolutionary poetry blurred. Traditional tropes like devotion and separation, and peace and madness, became mobilizing forces for critiquing state oppression and for upholding an ethos that empowered the exploited to rise up. This is why we must take him up again in our present, paroxysmal moment.

Faiz belonged to the Progressive Movement, a collective of writers and poets who, in the decade leading up to the 1947 independence of India and Pakistan, embodied a revolutionary aesthetic. This group of writers and thinkers believed suffering could be done away with through action. What’s more, their community couldn’t disentangle art from responsibility. Each line they wrote was an active commitment to the issues of the time and also an attempt to empower their audiences. Art took on an activist sentiment; readers implicated in the progressives’ writing couldn’t look on silently as spectators to injustice.

In 1941 Faiz wrote a poem that perfectly embodies the spirit of the Progressive Movement:

Look—in the blacksmith’s shop,
The flames soar and the iron is red-hot.
Look—the mouths of the locks are beginning to open,
The links of the chains are coming undone.

Speak—the little time before your body and tongue give out
Is enough.
Speak—truth is still alive.
Speak—say whatever you wish you’d said.

The metaphor of shackles is ominously prescient—between 1951 and 1955, Faiz was imprisoned by Pakistan’s prime minister on charges of conspiracy to overthrow the government. Eventually Faiz fled into exile in the years after his release because the political climate in Pakistan had grown so severe that he feared the constant threat of arrest. But these shackles also index the burden many of us feel now—the threat of oppression growing every day. More than that, though, his poem speaks to the visceral and inviolable property of the human body. We need not only to cast off the shackles, but also to deploy that embodied force we carry within us: our voices. Speaking out is a product of our bodies and can assume real, material force.

Through his verses, Faiz gave the people of a newly created Pakistan not only a voice but allowed them imagine an alternative future for themselves, one that “The Great Leader” Muhammad Ali Jinnah, Pakistan’s first Governor-General, had failed to deliver on. According to Faiz’s translator, Naomi Lazard, his poetry “has become . . . the cri de coeur of a people betrayed soon after they thought their newly formed country was on its way to becoming, out of feudalism, the promised republic.” As his literary project, Faiz wasn’t interested in nationalist pride or propaganda or a patriotic consciousness but in the health of the Pakistani body politic—and in healing the trauma of a people torn asunder. His verses evoked a Punjabi homeland lost while remaining critical of British imperialism. And as a champion of humanism, Faiz was particularly attuned to the injustices borne by Pakistanis.

On August 15, 1947, Faiz composed perhaps his most famous work, the prophetic poem, “Dawn of Freedom.” His intent was not to celebrate the successful end result of a modern rational project at the hands of British foreign power, but rather to mark the beginning of a much longer and more difficult journey for the Pakistani people. The vatic Faiz wrote his poem on the day of India’s independence, before anyone knew how devastatingly violent things would get. Independence meant that the real work was still to come.

Take a look at the opening and concluding verses of “Dawn of Freedom”:

This blemished light—this dawn devoured by night—
Surely this wasn’t what we we’ve all been aching for.

The heavy darkness of night hasn’t yet lessened.
The moment of salvation hasn’t yet come for our hearts or eyes.
So let’s keep going—for that destination [manzil] has yet to come.

Manzil in Urdu means “destination”—either to the beloved or to the divine—but regardless, it is always in the form of a union. And while the future Faiz alludes to isn’t clear, his verses articulate the possibility of thinking with utopia, in order that Pakistan might become something else as a nation. It’s still a call to us today: how can we create anew? Freedom finds life as a rousing azaan that call us not to prayer, but to imagination. In uncertain times, poetry offers an opportunity to queer what we think we know about this past and present, as a medium through which we might imagine a new future. Longing can be a productive sentiment, a feeling filled with potential for change. Is the project of re-suturing a subcontinent idealistic? Is an American utopia itself unattainable? Either way, Faiz’s lesson for us today is how to transform into action the ache that our present moment isn’t enough for us.

To read Faiz, argues Indian poet Gauhar Raza, is a subversive act. It flies in the face of an increasingly narrowing framework within which we’ve been taught understand sites of Otherness like Islam, homosexuality, or cultural difference and inequality—especially in the days following the Trump’s victory. Faiz’s poetry offers a way of thinking through the poetic ideals and historic imaginaries of an embittered Pakistani people (whom some of us today understand as backward, repressed, and dangerous), in order to learn how to oppose despotic regimes and refuse our present moment.

The ruthless political and military elite of Pakistan, once infuriated by Faiz’s angry and agitating poetry, had him imprisoned. Yet, following Faiz’s death in 1984, Pakistan’s elite sanitized his image as a national hero, a celebrated champion of the oppressed. We should remember that history has worked on Faiz to give us a man deeply conscious of the struggle against authority and also subjugated by it, between tradition and experiments, between the darkness of tyranny and the dawn of freedom. Power will always shape the reputation of those who speak out to be counted.

It’s worth ending on an image of the poet in solitary confinement. While Faiz was imprisoned, he composed the poem “This Hour of Chain and Noose,” but had to commit to memory and write it down months later, since he was confiscated of pen and paper. In his poem, Faiz defiantly addresses his people’s oppressors and his own captors, using the metaphor of a caged bird, in order to reflect on a new time to come:

This is the hour of madness, this too the hour of chain and noose
You may hold the cage in your control, but you don’t command
The bright season when a flower blooms in the garden.
So what if we didn’t see it? For others after us will see
The garden’s brightness, will hear the nightingale sing.

We are all waiting and wanting. For a season to change. For our rights not to be dissolved, for us not to be divested of them. For the indignation to stop. But resistance is the shape of rebellion each of us maintains in our own bodies. And if spring arrives after us and nature asserts its dominance over the diktats of demagogues, it will come all the same.

Faiz’s verses, falling somewhere between rebellion and devotion, anxiety and peace, stay with me as my eyes open to a new political morning. For Faiz the poet reminds me the destination hasn’t yet come. The word “poet” comes to us from the Greek for “making.” Verse is how we remake the world. And dawn is an opportunity to envision the horizon anew and clear, and to imagine how the next day, as the sun burns off the dew, may be better. That’s why we take up Faiz in the days following Trump’s triumph. Speaking is an act of refusal. Through the creative process, verse illuminates our outrage, reveals our heart, and shines a light, sometimes unexpectedly, on those truths we need most to enlarge our lives.

Rajat Singh is a communications strategist and freelance writer who lives in New York. He holds a master’s in anthropology from The New School and a bachelor’s in Latin from Boston University. He writes cultural criticism and creative non-fiction.
http://ruhjut.com/ 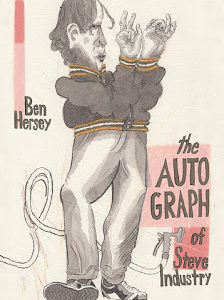 On stage with my band, The Steamrollers, and we’re a long way from home mid-song. That’s a good one, a feeling. My eyes...
© LitHub
Back to top