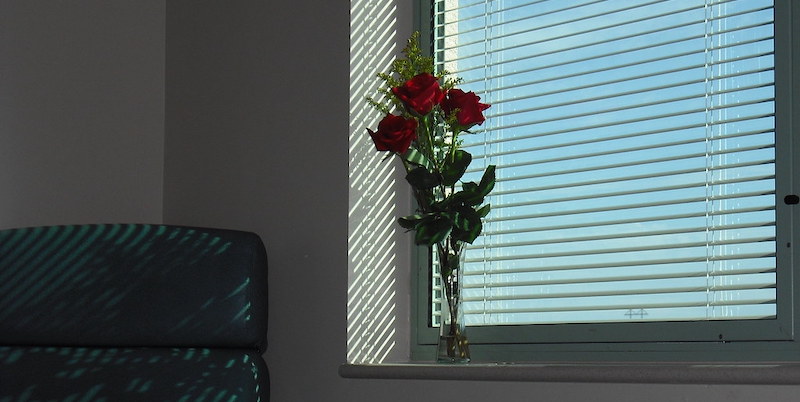 In 2003, Rivka Galchen received her M.D. from the Icahn School of Medicine at Mount Sinai. Once she was finally a doctor, she turned away from medicine forever. Seeing patients was not her calling; writing fiction was.

“I’m not a clinical person,” Galchen, now a contributor to The New Yorker and author of five books including Everyone Knows Your Mother Is a Witch, told me. “I’m not great with other people’s bodies in a basic, practical way.”

Galchen loved meeting patients from different walks of life but said that pursuing medicine felt like a familial obligation rather than a vocation. When she was supposed to be brushing up on the urea cycle or diabetic ketoacidosis, Galchen was reading Gabriel García Márquez and Lorrie Moore instead. “The truth was,” she said, “I really wanted to be a writer. It was hard to let go of that dream because reading and writing were when I felt like myself.”

The lineage of physician-writers runs deep: the novelist Arthur Conan Doyle; the playwright and short-story writer Anton Chekhov; the poet William Carlos Williams; and, more recently, Oliver Sacks, Danielle Ofri, and Paul Kalinithi. While their works of literature have arguably eclipsed the impact of their clinical work on cultural memory, these authors managed to straddle two widely disparate ways of addressing human suffering.

Others, like Galchen, went to medical school and then left the profession. James Joyce, a keystone of literary modernism, attempted medical school three times. Although insufficient funds and bad chemistry grades foiled his ambitions, Joyce maintained his fascination with bodily processes and would regularly carouse with medical students at a local hospital. (One was the poet-otolaryngologist Oliver St. John Gogarty, who served as a model for the most infamous medical student in fiction, the raucous Buck Mulligan.)

Another titan of modernism, Gertrude Stein, studied medicine at Johns Hopkins to satisfy her mentor William James, who believed an M.D. would provide her more latitude for studying psychology. Stein dropped out in her fourth and final year because, according to an obstetrics professor, “she was bored, frankly openly bored.”

The literary-minded medical student should not be made to feel fraudulent, but necessary.

Other defectors abound. During his five years of medical education, when he “learned pretty well everything [he knew] about human nature,” English novelist W. Somerset Maugham reveled in his patients’ tales of poverty and illness. He gathered these precious “glimpses of life in the raw, of human nature at its most unguarded” into his debut novel Liza of Lambeth, a bestseller that freed him financially to write full-time. The American poet Elizabeth Bishop briefly attended Weill Cornell before her idol Marianne Moore convinced her that poetry was more urgent. The Japanese writer Kobo Abe did medicine to dodge conscription (“My friends who chose the humanities were killed in the war,” he said), and then eschewed his degree once World War II ended and his expectant physician father died from typhus.

Some of the writers who attended medical school expressed ethical concerns about remaining in the profession while pursuing their literary ambitions. In his memoir Travels, Michael Crichton reminisces about skipping clinical rotations at Harvard to be on set for the Hollywood dramatization of his debut novel, The Andromeda Strain. “I often listened to patients, thinking, how can I use this in a book?” he wrote. “When you go to a doctor, you don’t want him to view you as a book chapter … I understood that I was not behaving like a doctor that I would want to consult. So I thought I ought to quit.”

Galchen, who was accepted to Mount Sinai’s humanities and medicine early-admissions program as a college sophomore, suffered from a similar feeling of disconnection between patients and herself. High-pressure environments like hospitals and clinics force doctors to remain in the present all day long, faced with the people or bureaucratic tasks before them. Galchen termed this state “front of the brain thinking,” whereas the writing mind is “back of the brain thinking”: slow, reflective, and passive.

Modern medical education has increasingly blurred the lines between these two modes of thinking. In parallel with the emergence of poststructuralism in the 1960s, American medical schools began integrating literature, history, ethics, and, later, sociology and anthropology with lectures on human anatomy and physiology. Macbeth became a case study for schizophrenia, King Lear for vascular dementia, and Othello for narcissistic personality disorder. Philosophical works by the phenomenologists Edmund Husserl and Maurice Merleau-Ponty informed approaches to clinical encounters that considered patient perceptions and lived experience equally as important as physical facts.

Responding to the biomedical model of illness, which has dominated since the Scientific Revolution and has allowed doctors to operate at a remove from their patients, proponents of the medical humanities wanted to re-humanize medicine by emphasizing the subjective components of illness in education. Diabetes, for example, was not only the pathological mechanisms or individual choices that elevated a patient’s blood glucose but also a watershed for historical and psychosocial factors ranging from food insecurity and colonialism to race and personal identity.

The particular emphasis in recent decades on “narrative competence” seeks to cross-pollinate clinical and literary language by encouraging physicians to approach their patients’ life stories like novels-in-progress. By seeking a patient’s first-person exploration and articulation of changes in self, physicians can better divine coherent patterns from the messiness of illness, recognize both parties’ emotional responses to their encounter, and address medicine’s core task of preventing and alleviating suffering—all in a 15-minute appointment.

Does it work in practice? When I entered medical school at the University of Rochester in 2018, I found that a love for reading and writing was not rare among the students. Amidst the onslaught of exams, we had book clubs. A reflective writing group met monthly, and at the year’s end we published a literary magazine with our work. The pre-clinical curriculum made room for students with literary inclinations, with a track for developing personal projects under the guidance of faculty members in the medical humanities. My personal goal was to write a novel.

Rotating in the hospital, known for eroding the empathy of trainees, tempered my romantic vision of medicine. Covid-19 was raging. I had to yell so that patients could hear my voice through layers of PPE. Some would ask me if I was from Wuhan or whether I could speak English. Others would grab my gloved hand and ask if I could sit quietly with them because they were dying and alone.

These experiences devastated me in different ways. I was not magically adept at soliciting patient stories just because I was a writer; their stories were usually beside the point, anyway, and supervising hospitalists barked at me for dwelling in the social history during patient presentations. As Dr. Danielle Ofri describes in What Doctors Feel, the empathy with which I entered school was ambushed by medicine’s hidden curriculum of brutal pragmatism, its reliance on derogatory humor towards patients, the ever-present (and increasing) exhaustion of its staff, and the overwhelming sensation of being surrounded by suffering but only being liable for the selfish act of learning.

When I move through a piece, I find myself asking the same questions I learned to ask patients. How can I help you today? Where does it hurt?

I was never bored; medical science thrilled me and discharging recovered patients added meaning to my days. Still, to understand my experiences, I needed to write about them—at the same time, the all-consuming nature of hospital life dominated the time required by literature. I was not satisfied with making writing into a hobby to which I could only return once a month. Meanwhile, I was barely passing my board exams.

I thought about leaving medicine every single day.

Our medical institutions are undergoing a historic moment. One in 5 American healthcare workers have quit their jobs since the pandemic started, adding to the already-alarming concern over rampant physician burnout leading to major medical errors and high physician suicide rates. This is an institution that suffers from, and is responsible for, systemic mistrust in medicine, which has hampered America’s ability to effectively manage the pandemic and continues to promote health inequities among marginalized people. A broad humanities education before and during medical school should prepare students to interrogate institutional structures as physicians. If the work environment is actively hostile towards creative work, then those students will either leave or relegate their art to a pastime. This is why physician-writers, our vanguards against misinformation in uncertain times, are exceedingly rare.

In the case of almost physician-writers, many would have been bad doctors, interested more in their patient’s imagined internal realities than in their insulin refills. We will never know. I believe their examples are important because they point to medicine and literature’s shared mission: to discover, witness, and tell the stories of vulnerable others. Our data-driven, results-oriented medical institution has created the impression that these methods of care are mutually exclusive, when in fact they are complementary. The literary-minded medical student should not be made to feel fraudulent, but necessary. Whether it’s by expanding medical humanities electives during the clinical years, developing admissions programs that encourage both young students in the humanities and older established artists to pursue medicine, or by creating joint MD/MFA degrees, our institutions and the well-being of our patients need more writers in hospitals.

Maugham would write later in his life, “I am sorry I abandoned medicine so soon.” Galchen also expressed reservations about her decision to leave, wishing that she was much older when she entered medical school. “In retrospect, the hospital is an incredibly stimulating environment,” she told me. “If I was older, my heart would’ve been more open to what was beautiful about it.” Medicine and science never left Galchen, and much of her writing is infused with curiosity about clinical language and the art of doctoring.

In a single career, a physician amasses thousands of narratives, a deluge of individuals and families at the height of human suffering (the unveiling of a terminal diagnosis, the alienation of a disabling accident) and joy (the moving calm of a good death, the long-awaited birth of a baby). Like writers, physicians are the collected stories of others, and they bring their anthology of experiences to each new patient visit. These are embodied stories, records of flesh and movement. Medicine can help literature not only how to imagine bodies, but also how to listen to bodies.

On leave from medical school to study at the same MFA program that Galchen escaped to, I encounter medicine in everything I read and write about. Illness and mortality are the reality of our day-to-day lives, especially during the pandemic. When I move through a piece, I find myself asking the same questions I learned to ask patients. How can I help you today? Where does it hurt? Where are you right now? Medicine provides literature a different kind of close reading, one attuned to language as a corporeal act. It’s in the slow moments when I am seated and listening to another’s uninterrupted testimony on the page that I sense the power of the patient-doctor relationship in the process of healing, both personal and societal. Writing can unleash the beauty of medicine—now it’s time for medicine to recognize the beauty of writing.

Xi Chen is a medical student at the University of Rochester and an M.F.A. student in creative non-fiction at Columbia University's Writing Program. His writing has appeared in Scientific American and Intima. He is currently working on a book about homebound Americans. 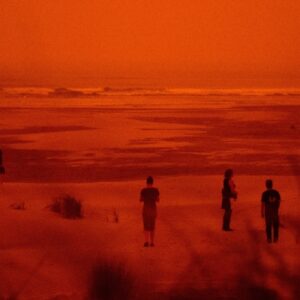 I was a freshman in college on 9/11, and I obtained what I still think of as my first real “grownup” job not long before...
© LitHub
Back to top