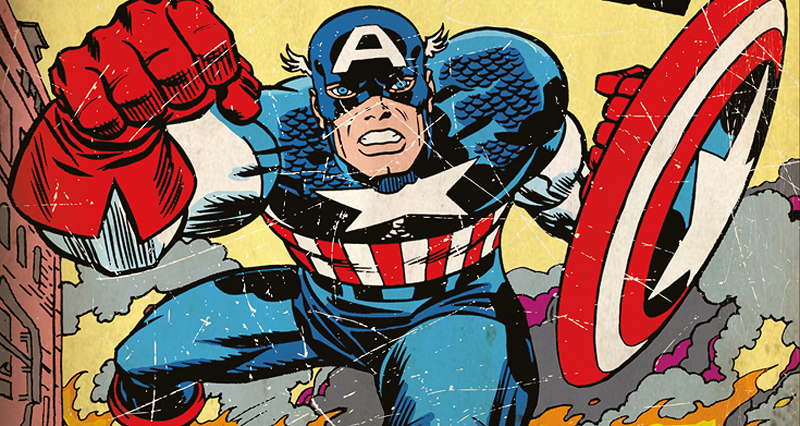 Captain America is Not a Nazi!

Despite what one story says, Captain America is not a Nazi.

Last month’s issue of the Captain America comic book showed the Sentinel of Liberty hailing Hydra. It was a shock. It was an outrage. Writer Nick Spencer took to the internet to assure angered fans, “This really is Steve Rogers, Captain America himself.”

But the fact remains: Cap is not a Nazi.

Not because, unlike Hydra in Marvel movies, Hydra in the comics is not a direct outgrowth of historical Nazism. That’s an argument for another day and another forum, my nerdy brethren.

Captain America is not a Nazi because we all know he’s not a Nazi. It’s the fundamental thing most people know about Captain America: he’s a guy that hates Nazis. He started off his comic book career by punching Hitler before we were even at war with Germany. I would even say, given the fact that “America” is an ill-defined signifier that simultaneously embraces and rejects a wide spectrum of political ideas, Steve Rogers could have more accurately chosen the superhero nom de guerre Captain HatesNazis.

I can’t claim to know what writer Nick Spencer has planned for the character or for this storyline. But if the idea of making the Symbol of America into a fascist is extreme, it’s not entirely without precedent. Over his 75 year history, Captain America has been tossed left and right in reaction to contemporary politics. After Watergate, he resigned his post to roam the country on a motorcycle with the slightly on-the-nose codename Nomad. In the wake of 9/11, Cap battled “Arab” terrorists who attack a small midwestern town, in a sort of Patriot Act-themed fever dream of a narrative. He’s been the ghost of the New Deal haunting the 80s and a relic of the Eisenhower Era chiding the liberalism of the 60s.

But through all that, there is a core to the character that has remained consistent. There is a Captain America that exists outside of or above the stories written about him. He’s a moral guidepost. He stands apart from the political fray: a version of an America that could be. He’s better than all that. He’s super.

This is the cultural space superheroes occupy, and it’s curiously separate from the monthly narratives they inhabit in the comics, or what they do on the big screen. In the 2013 film Man of Steel, Superman finished an epic battle by snapping the neck of his opponent. People were outraged. Never mind that he’s killed before in the comics. Never mind that he’s even killed that same character before in the comics. Superman doesn’t kill. It’s a fundamental belief about the character that persists through various iterations and survives despite contradictory (and technically “canonical”) versions.

In this way, superheroes function as myths at the same time they function as literary figures embedded in ongoing narratives, or corporate intellectual properties appearing on Underoos and Coke cans. There is not, for instance, a fundamental quality of Holden Caulfield that exists outside of Salinger’s writing about him. But there are things we can say about Hercules that have nothing to do with the Disney cartoon or Dwayne Johnson. Likewise, there is a Batman that is not Christian Bale, or Adam West, or a bat-shaped shelf at Pottery Barn, but who encompasses and exceeds all of these things. A Platonic Batman from which the others take.

I’m not the first person to suggest that superhero stories are modern myths. Comic books and comic book movies fairly beat us over the head with “deities among us” symbolism. Zack Snyder’s Batman vs. Superman may be the filmic apotheosis of this tactic. It lights up the screen, dimly, with Wagnerian swagger and, in case you miss it!, makes constant reference to the characters as god-like. But I’m not here to make the obvious case that the superhero Thor bears certain similarities to mythology. I’m saying that the impact of the characters, their role in modern culture, is mythic.

It’s unavoidable to mention Joseph Campbell here, so let’s get him out of the way. Campbell argues that the four functions of myth are to evoke a sense of awe in the face of existence, to offer an explanation of the universe, to reinforce a social order, and to offer instructions on how to live in the world according to that social order. I’m paraphrasing here. This conception of myth puts it well into the realm of Western religion. Myth is cosmology, it is the mode of transfer for tradition, and it is a way of legitimizing the law through narrative. A system of “thou shall nots” acted out by gods and monsters for our edification. This is dragons imagined as warnings to sailors. Devils that snatch children out after dark.

The sense of awe and wonder superheroes evoke is grounded in humanism. Most superheroes are born or powered by science. Iron Man’s armor, Batman’s wonderful toys, the irradiated spider that bit Peter Parker. Even Superman couldn’t have made the exodus from Krypton if his parents weren’t actual rocket scientists. But superhero narratives don’t deify science or slot it into the place of religion. Science is morally neutral; it’s what you choose to do with it that counts. For every technology-born hero, there’s a villain using the same gadgets to rob banks and threaten world domination. It’s been pointed out that if you look at the bullet points on Peter Parker’s life without context, they read like the recipe for a super villain. The science-derived powers don’t make him Spider-Man. It’s his ability to overcome tragedy, to face whatever is thrown at him. His heroism is the part of him that’s human.

And this is how superheroes perform the didactic function of myth, how they teach us to live. They are aspirational. You have gifts, they teach us. You are as cunning as Batman, as strong as Wonder Woman, as ingenious as Iron Man. You owe it to yourself to go out into the world and do good things with whatever ability you have. Or, as Spider-Man might put it, “With great power comes great responsibility.”

The impact of those lessons cuts both ways. The question of “What does it mean to do good?” is an open one, and the “goodness” of superheroes is similarly up for interpretation. Two of this year’s superhero blockbusters engaged with the question of whether superheroes do more harm than good, and neither came up with a clear answer. Superheroes are conflicted signifiers with long narrative histories. The canonical stories of any given character will include contradictions and “retcons,” a portmanteau for “retroactive continuity,” when a writer “fixes” something about a character’s past by rewriting the events. The editors and fans that keep up on comic book continuity are like Biblical redactors, assessing the relative truthfulness of made up stories.

In many cases, though, contradictions are woven into the very concept of these characters. Iron Man is a techno-futurist who champions clean energy but embodies the military-industrial complex. Batman is a rich white male who wages a non-stop war against street crime, a.k.a. poor people. Superman and Spider-Man are, of course, beyond reproach, and I will fight anyone who says differently. But in general, containing these contradictions is part of how superheroes appeal to fans across a broad political spectrum.

As a result, we’re sometimes confronted with superheroes conscripted into causes we might personally oppose. The Oath Keepers evoked a version of Batman as they patrolled the rooftops of Ferguson following the killing of Michael Brown, and Chris Kyle, the subject of American Sniper, cited the Punisher as a personal role model in his autobiography. On the other side of the aisle, when the American Freedom Defense Initiative put a series of anti-Islamic ads on the side of San Francisco city buses, they were quickly covered up with pictures of Muslim superhero Ms. Marvel, a.k.a. Kamala Khan, delivering a swift kick to racist slogans.

The calls to action for various superheroes may produce mixed results, but their aspirational strength is undeniable. In a popular Ted Talk, Harvard Business School professor Amy Cuddy touted the psychological and economic benefits of assuming “the superhero pose,” a powerful stance that evokes iconic heroes. Many fans who engage in cosplay don the costumes of their favorite supers to feel empowered. You can see it in the way they carry themselves: no one slouches when they’re dressed as Wonder Woman or The Flash. And going back to the earliest days of comics, superheroes have been used by psychologists in the treatment of children and adults. The superhero can serve as a symbolic protector or an avatar for personal strength. Some victims of violent crimes find solace and vicarious revenge in the stories of Batman. Characters like the Hulk or the X-Men can be touchstones for people struggling with mental health issues or discrimination.

The most amazing demonstrations of the mythic power of superheroes come at the places where fandom and kids overlap. I’m not going to talk about Bat-Kid, because I will cry. Instead, let’s talk about Albert Manero, who runs Limbitless Solutions out of the University of Central Florida. Manero’s company works to build 3D printable prosthetic limbs at a fraction of the cost of traditional prostheses. Limbitless Solutions’ website advertises “Iron Man’s technology. Six year olds’ price” and designs, among other things, prosthetic arms that match the Iron Man armor. Watching a seven year old born without a right arm put on the prosthesis, becoming just a little bit Iron Man, drives home what these characters can do for us. Their stories, in comics, on television, or in movies, can entertain and thrill us. But as myths, they allow us a way to imagine ourselves a little bit better, a little greater. A little super.

Bob Proehl grew up in Buffalo, New York, where his local comics shop was Queen City Bookstore. He has worked as a bookseller and programming director for Buffalo Street Books, a DJ, a record store owner, and a bartender. He has written for the 33⅓ book series and worked as a columnist and reviewer for the arts and culture site PopMatters.com. Proehl currently lives in Ithaca, New York, with his wife, stepson, and daughter. A Hundred Thousand Worlds is his first novel. 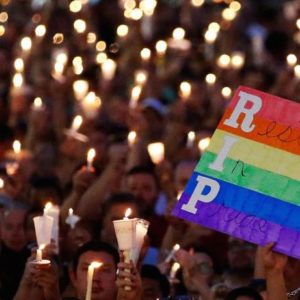 More than anything the message we all need to carry away from what happened this month in Orlando is that LGBT people of color...
© LitHub
Back to top