America Wants to Kill Us, and America Makes It Easy

More than anything the message we all need to carry away from what happened this month in Orlando is that LGBT people of color were the target. Specifically Latino gays and trans people. Omar Mateen deliberately emptied twenty shots of ammo into these human bodies in nine seconds on Latino night at Pulse, an LGBT nightspot. I’m stating the obvious here because so much of the political bluster animating congress, animating the presidential campaign seems determined to look away from that fact, to be arguing instead about which terrorist watch list we should be really paying attention to. The argument seems to be that if we could just keep the bad people out America we could be safe again. Yeah like when.

It reminds me of going to a reading by Quincy Troupe and Amiri Baraka at Malcolm X Library in San Diego a year after 9/11. To be one of the few white people in that room was to understand how unstable a word terrorism is to the African-American community. What do you call a century of lynchings but terrorism. Yet America talked like this was a new affliction. And we’re going to try and stop it again now, today in 2016, by putting walls up around our borders and keeping the bad people out of our airports and mosques, churches and schools.

When Mayor de Blasio addressed the LGBT community in front of Stonewall in the past week he made a tactical error by bringing along William J. Bratton, the NYC chief of police, to address the assembled queers and trans people. I guess the idea was that he would make us feel safe. But people in the LGBT community have a long sense memory of the police department after decades of being the front line of harassment against my community’s capacity to meet and gather in bars and private clubs. Our history contains decades of experience being assaulted and publicly shamed by these same public servants, the cops, who had always been hired to make our lives safe—but only very recently has public safety been consistently offered by the police to citizens (especially ones of color) generically identified as gay, queer, trans and bisexual, the non-conforming individuals of the sexual human family. Just as women intuit when a man is implying that ultimately he will just use force to get his way, and in many seemingly casual exchanges just by being female and often physically less powerful a woman simply exists feeling threatened. Nobody went to high school in America, nobody played in the schoolyard in grade school who didn’t feel the threat of mockery or worse violence for being LGBT, just wrong, not able to play the right game for your gender, not holding the jump rope right, not jumping right, not playing hard, invariably using your body in a fashion that could be read as strange, hence dangerous. Hence endangered.

We hear about a college student being videoed during one of their first experiences of gay sex and later when the clip went viral in their small world they killed themselves sure that the life they felt surging through them was wrong, laughable, so they filed themselves under doomed and did the deed to themselves. When Omar Mateen fired his guns heartlessly and with abandon against a room full of Latino gays it seems pretty clear that this was a man profoundly disturbed by his own sexuality, and compelled to act out of the lack of peace he felt in himself about it. Whether he dedicated his massacre to Isis or Jodie Foster it seems he was a suffering army of one living in a conservative culture in a conservative country that rather than ever owning or naming or healing its own spiritual sexual wounds of manhood, or womanhood, or childhood or national or cultural pride, its wounds of global war and colonization, gave Omar Mateen instead as his only ally his gun—his gun was his better half, his ultimate expression of freed speech.

What’s left to say in a country where the rising cost of speechlessness is plainer every day. We might as well admit that this was not an act of war, but an act of grandiose hurt, of confused sexual pride. One article suggests he was mad as hell at Puerto Ricans thus he picked Latin night at Pulse. It’s easy to imagine he liked Puerto Rican men and the women were just there as we usually are. I want to take a moment to mourn the correct people, the 49 LGBT Latino Americans who went out to dance that night unafraid, though probably many of them had been afraid all their lives of the consequence of who they are.

When we talk about gun control I think we need to put the focus explicitly on protecting us from us and not from ISIS. We have guns, we live here, we find it so easy to kill. Something is so very wrong with America when the right to bear arms is not a freedom but a curse. We are killing ourselves, and we are killing the most vulnerable ones among us, the ones who felt that bullet all their lives, whether it hit the mark or not. We grow up knowing this inside. That America wants to kill us. America makes it easy. That is the problem. It’s not out there. It’s in here. And we can’t even begin to talk until we make the guns stop. But the guns keep telling us to shut up.

Watch: An interview with Eileen Myles on the struggles with nationalism, cultural writing, and the most interesting nights of her life.

What It Means To Be an Inclusive Literary Journal 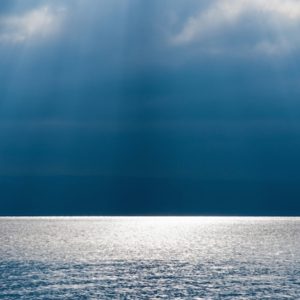 What It Means To Be an Inclusive Literary Journal

In 2010, I was part of a group of writers of color that founded Apogee Journal, the literary magazine that serves writers...
© LitHub
Back to top