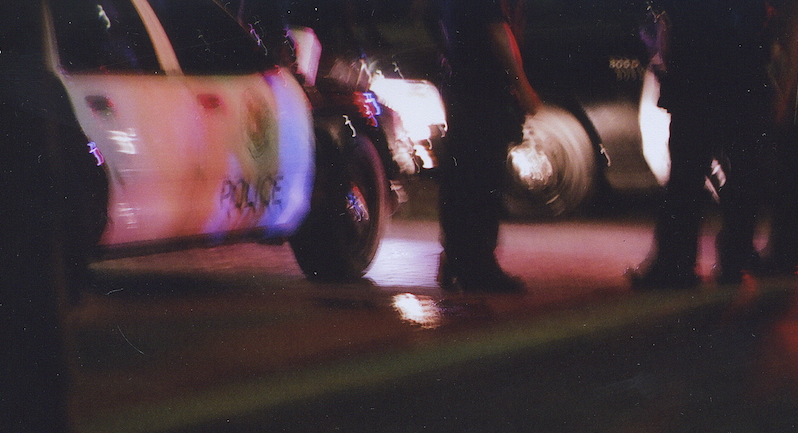 Those of us who advocate for student survivors’ Title IX rights will tell you the question we get asked the most, bar none, is why schools have any business responding to rape reports, beyond perhaps placing a call to 911. The association between rape and the police is so strong that a survivor’s decision not to file a criminal report is often seen as evidence that they’re lying. In 2018, when Christine Blasey Ford accused then Supreme Court nominee Brett Kavanaugh of sexually assaulting her when the two were teenagers, many, including the president, cited the fact that she had not made a criminal complaint as evidence that her account was not trustworthy.

I get the instinct. As an undergrad, I applied to a summer job at a New York nonprofit that provides legal services to domestic violence victims. I don’t remember much about the interview, but one moment has stuck with me. The attorney I hoped would hire me spoke about the kinds of help they offer spouses fleeing domestic abuse. I naively commented, Of course, you tell them to report to the police. I was surprised by her answer: No. Sometimes, she explained, that is not the right choice. I did not get the job.

For me, the exchange illustrates how even those with the best intentions can misunderstand survivors’ needs and overstate the usefulness of the criminal legal system. By the time of my interview, I knew from my studies that sexual assault is the most underreported serious crime: only 23 percent of sexual assaults are reported to the police, compared to over 60 percent of batteries and robberies. And I had, by that point, experienced sexual harms myself, and had not once considered calling the police. Nevertheless, it seemed obvious to me that reporting was the right course for someone else. It took years of work with survivors for me to understand why they—why we—do not come forward in the ways everyone else tends to expect. I had viewed a victim’s choice not to seek police help as a mistake, if an understandable one. But I have learned that it is, instead, a decision based on a reasoned cost-benefit analysis about what good, and what harm, might come from the criminal legal system.

For the majority of survivors, criminal law is an incomplete and sometimes dangerous “solution” to rely on in the wake of violence. Perhaps most importantly, there are plenty of remedies that police and prosecutors simply cannot provide, and not everyone wants to see their assailant in prison. Plus, much sexual harassment (for example, most verbal abuse) does not violate any criminal laws. And many victims prefer to turn to an institution they already know and trust.

Many, including the president, cited the fact that Ford had not made a criminal complaint as evidence that her account was not trustworthy.

But there’s also another fundamental mistake made by the people who instinctively assume that we should leave sexual harms to the criminal legal system: they assume, as I did during that ill-fated interview, that police and prosecutors serve sexual violence victims well. That common belief, though, could not be further from the truth. When survivors report, they often face skepticism, abuse, and even the risk of imprisonment, all for a minuscule shot at some imperfect vision of justice. To even try to cover all of the ways criminal law fails victims would take a book of its own (as the many existing books on the topic show). But I’d like to discuss, at least briefly, some of the most notable issues.

To begin with, victims who turn to the police in the wake of sexual assault encounter a system that is startlingly unlikely to convict reported assailants. Very few sexual assault reports lead to arrest (20 percent) or are referred to prosecutors (4 percent). Even fewer—only about 2 percent—result in felony convictions. Reported sexual assaults are about three times less likely to result in convictions than nonsexual assaults and batteries. I find these numbers significant even though I don’t see convictions as a true and straightforward measure of justice, given the horrors of incarceration and its incompleteness as a remedy for victims. Regardless of my values, low conviction rates reflect the criminal system’s failures on its own terms. And if we are asking what criminal law can provide victims, these statistics demonstrate the unlikelihood that the system will be willing or able to make good on its promises.

So what’s driving these low rates of arrests, prosecutions, and convictions? It’s not, as many believe, that reports of sexual assault are far more likely to be false than reports of other crimes. Instead, dropped cases are largely the product of biases that permeate police stations, judges’ chambers, and jury boxes, and inform the decisions prosecutors make. Survivors hear those messages loud and clear.

Law enforcement skepticism of sexual assault reports is rooted in police acceptance of “rape myths”—common misconceptions that shape how society views victims. A 1997 study of police officers found that half adhered to victim-blaming ideologies and obsolete legal definitions. For example, one officer stated that “the ‘man in the bushes’ is a much bigger threat to the community than the date that got carried away,” even though the vast majority of perpetrators target people they know. Another pondered, “What if someone has had sex twenty or thirty times over a three-month period. Then one night they say ‘no.’ Should this be rape? I don’t think so.” A third officer explained, “Sometimes a guy can’t stop himself. He gets egged on by the girl. Rape must involve force—and that’s really rare.” And a fourth veered into fantasy territory: “Rape is just rough sex that a girl changed her mind about later on. Technically, rape is a sex act done by the use of force, but so many girls are into being forced, that you can’t tell the difference and you wouldn’t want to convict an innocent guy.” All of these statements are false as a matter of both ethics and law.

For the majority of survivors, criminal law is an incomplete and sometimes dangerous “solution” to rely on in the wake of violence.

And while police views may have evolved in more recent years, research suggests those changes have been insufficient. In a 2010 study, less than half of surveyed officers said they were likely to believe a woman who said she was raped by her husband, even though marital rape is now illegal in all fifty states. (In light of these attitudes, it is perhaps not so surprising that police officers themselves commit sexual violence at alarmingly high rates.)

Police officers are particularly unlikely to believe survivors who deviate from our popular model of the “perfect victim”—generally, a white, heterosexual, cisgender, virginal, middle-class (or richer) woman, who was not drinking, using drugs, or selling sex, who did not know her assailant, and who fought to get away, ideally under the threat of some kind of weapon. Almost none of us are described by such a portrait. One “requirement” alone knocks three-quarters of survivors out of the running: the vast majority know their abuser. Yet many police officers still expect victims to fit the narrow mold. The role these biases play in police decision-making isn’t subtle.

For instance, a 2007 study found that 44 percent of officers felt they would likely not believe a report of rape from a sex worker. Survivors can feel this kind of skepticism. Almost half of the women in one study who had called the police about partner abuse felt that officers had discriminated against them. Most felt that this discrimination was due to “not being a ‘perfect’ victim” because of, among other things, their “income, reputation, disability, [or] sexual identity.”

Many police officers also endorse another common myth: that all victims are women and all perpetrators are men. In a 2010 study of several dozen detectives who dealt with sexual assault, none “had heard of female-on-male rape”—even though thousands of such assaults occur each year. And 34 percent of officers surveyed in another study published that same year did not believe the statement “any man can be raped.” Not unexpectedly, then, male victims are less likely than women to report intimate partner violence, especially to police.

In light of this widespread incredulity and ignorance, it should come as no surprise that police officers tend to overestimate the prevalence of false rape reports. For any crime, it’s hard to know exactly what percentage of reports are untrue. After all, people generally don’t tell you they’re lying. But all methodologically rigorous studies converge on rates between 2 and 8 percent of all rape reports, a range similar to that for other crimes. Yet a 2014 study drawn from interviews with law enforcement officers found that more than 80 percent believed false rape reports are more common than that. Most startlingly, the majority of officers believed most rape reports were false. Who could blame survivors, then, for deciding not to report? 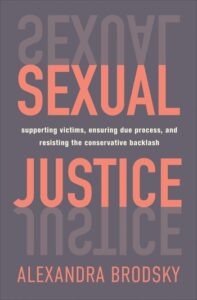 Alexandra Brodsky is a civil rights lawyer with deep ties to the student movement to end campus gender violence. She holds a J.D. from Yale Law School and clerked for the Honorable Marsha S. Berzon on the U.S. Court of Appeals for the Ninth Circuit. Brodsky has written about sexual assault for the New York Times, the Guardian, the Washington Post, and the Atlantic, among many other publications. She lives in New York. 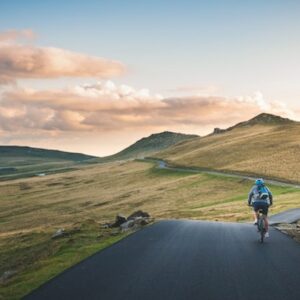 MISSISSIPPI In August 2013, I rode my bicycle 800 miles down the Mississippi River Trail from Memphis, Tennessee, to Venice,...
© LitHub
Back to top
Loading Comments...