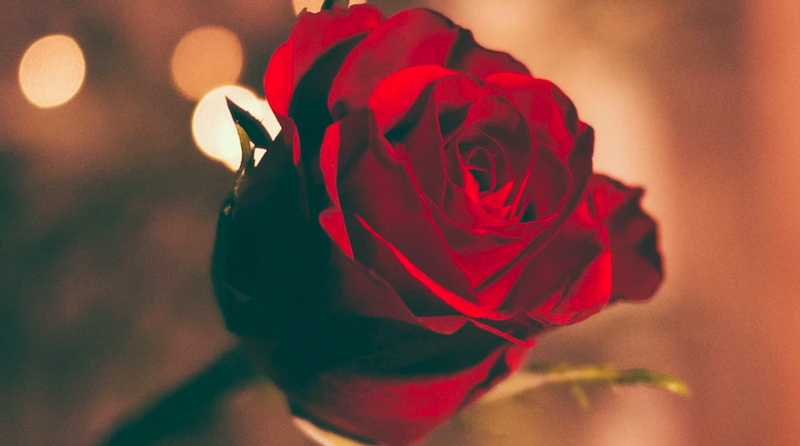 Tropes are an important aid for romance readers. We might like to read scenes of stumbling about in the dark (usually with articles of clothing being shed), but when it comes to choosing books many of us want to know where we’re headed from the start, in the same way people want a menu when they go to a restaurant. Tropes are the beef and salmon and vegetarian option of the literary world.

Often derided as clichés, tropes actually go much deeper than that. They reflect universal experiences and archetypes, which is why they speak to us so strongly. After all, who hasn’t been snowed in with a handsome ranger with whom one has a fraught but sexually charged relationship? (Or, more generally, who hasn’t been in a situation where they’re forced to deal with another person and develop a new depth to the relationship because of it?) Storytellers have been using tropes for as long as there have been stories.

As a reader, I like tropes. As a writer, I love them. They’re hugely fun to play with while still retaining their emotional core. Here are some I’ll defend to the death (or, more honestly, to the slightly bruised) . . .

Enemies to Lovers
The smoky looks! The sizzling wit! The fiery sexual combustion that practically sets alight the only bed left in the roadside inn! Enemies to lovers is hot. Ironically, it may have begun as a gentle trope in the days when enemy tribes would negotiate marriages between themselves as a way of weaving peace. But writers generally like to take “gentle” and throw it into a deep fryer, so it’s no wonder the history of this trope goes from Gareth and Lynette in Sir Thomas Malory’s Le Morte D’Arthur to Shakespeare’s Much Ado About Nothing, leading on to Pride and Prejudice by Jane Austen, and reaching fever pitch with the likes of Julia Quinn’s The Viscount Who Loved Me, set to ignite screens all around the world this year.

I myself love starting with two idiots who believe their self-defenses are their actual characters, and then have them dismantle each others’ barricades and biases until they realize their true selves through the processing of falling in love (or bashing headlong into love, in some cases). Both The Wisteria Society of Lady Scoundrels and The League of Gentlewomen Witches feature this trope.

Mistaken Identity
This trope is just begging for the madcap errors and shenanigans of a romcom. For a crash course in this bonkers kind of romance, start with Cinderella, make your way through Shakespeare’s Twelfth Night, Oscar Wilde’s The Importance of Being Earnest, and Emma Orczy’s The Scarlet Pimpernel, and finish up with The Ex Talk by Rachel Lynn Solomon and Well Played by Jen deLuca. Toss in some Mr Wrong Number by Lynn Painter to leave yourself in hysterics.

But beneath the fun, mistaken identity stories also offer an exploration of what’s really important in life, the integral value of one’s character, and painful truths that often hide behind a comforting status quo. I personally want my comedy to come with a true heart, which is why I think this trope ranks amongst the superior ones. It’s fun, but also illuminates a character’s essential problem.

Reformed Anti-Heroes
Once employed by women as a way to advise others about the travails of transactional marriages, this trope has found new purpose in the era of free love as a means of imbuing a novel’s characters with power. Engendered by early tellings of Beauty and the Beast then made hugely popular by Charlotte Bronte’s Jane Eyre, we now have the giddy, albeit shadowy heights of Heart of Obsidian by Nalini Singh, The Duke With The Dragon Tattoo by Kerrigan Byrne, and Sarah MacLean’s Bareknuckle Bastards series.

What I love best about this trope is the tattoos covering hard muscles way it allows writers to address issues such as sexism and post-traumatic stress. I also think it’s a great opportunity to spotlight the harms done to men within a patriarchal culture. Of course, women can be anti-heroes too, as I hope I’ve proven with my own books—although I confess, I skipped the reformation part and let my wicked women go on to maraud another day!

Friends to Lovers
If romance tropes were part of an ensemble cast in a movie, friends to lovers would be the sweet one with a secretly angst-filled heart. Dressed in pink, it would tell cute jokes, share its sandwiches, then unexpectedly burst into tears, revealing all its inner yearnings and woes. We’ve seen it in Jane Austen’s Emma, L.M. Montgomery’s Anne of Green Gables, and Louisa May Alcott’s Rose In Bloom. We’ve given it our handkerchief and patted its shoulder, assuring it that the idea of love through familiarity is a deeply affirming one, and that truly, it’s one of our most beloved tropes of all time. People We Meet on Vacation by Emily Henry, Better Than The Movies by Lynn Painter, and Leah on the Offbeat by Becky Albertalli all prove this.

If you want a book to really make you go “awwww,” this is the trope for you.

Second Chance
I often tell myself I don’t like this trope, then read books featuring it and realize all over again that I really do. Which is fitting, when you think about it. With the message that there’s always hope even when all seems lost, and that love can endure despite being broken and cast away, the second chance trope is the kind of angsty, heart-catching storytelling that makes movie producers weep hot, happy tears into their wallets.

The sheer emotional force of this trope explains why it has been use throughout the centuries, from the myth of Eros and Psyche to Rapunzel to Jane Austen’s Persuasion to modern novels like Again The Magic by Lisa Kleypas and The Bromance Book Club by Lyssa Kay Adams. Take two star-crossed lovers, add pain and regret, mix with fraught looks across a crowded room, and you have a recipe for a happy ever after that is often years in the making. Season it with humor like Sarah Hogle does in You Deserve Each Other, and you’ll find your heart taken on a rollercoaster ride that leaves you wonderfully breathless afterwards.

The fact is, I’m a writer of “tropetastic” books, so I’m rather obliged to say nice things about them. But I really do believe they’re powerful tools for writers to drill down to deep places in readers’ hearts (and now you’re going to think of writers like dental surgeons and never pick up a book again). Zelda Fitzgerald said, “Nobody has ever measured, even poets, how much a heart can hold.” But tropes help us pinpoint various facets of love so that an in-depth conversation can be had on the subject, and for that reason they’re invaluable.

Plus they make writing book blurbs a whole lot easier. 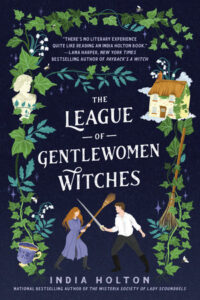 India Holton’s The League of Gentlewomen Witches is available now via Berkley.

India Holton lives in New Zealand, where she’s enjoyed the typical Kiwi lifestyle of wandering around forests, living barefoot on islands, and messing about in boats. Now she lives in a cottage near the sea, writing books about uppity women and charming rogues, and drinking too much tea. The League of Gentlewomen Witches is her latest novel. 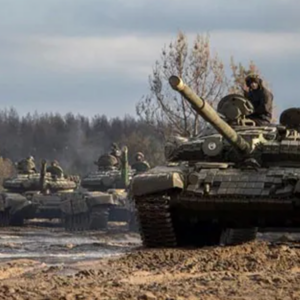