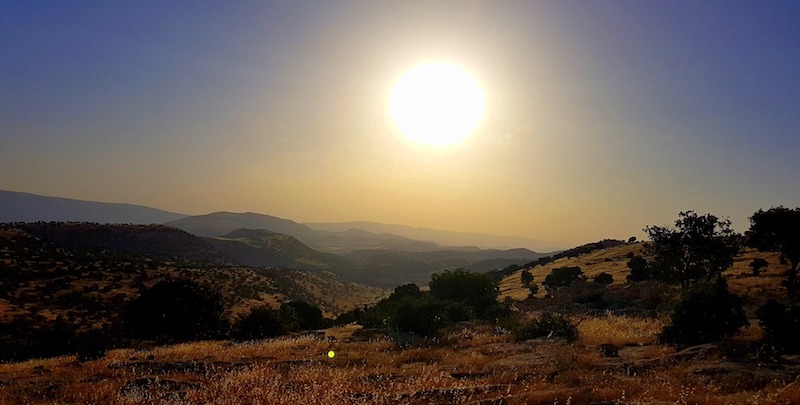 Ava Homa on What Statelessness, Trauma, and Political Exile Have Taught Her as a Writer

Coming of age as a Kurdish girl in Iran, I learned early on that my being alive was an act of subversion. I belong to a people who have been subject to repeated genocides. Ever since the Allies redrew the map of the Middle East after World War I, we have been under attack by four atrocious states that have perceived us as threats to be annihilated, never humans. From the 1937–1938 Dersim Massacre at the hands of the Turkish government, Saddam Hussein’s 1986–1988 Anfal Genocide in Iraq, and the ongoing executions in Iran, to today’s ethnic massacre in Syria, Kurds are a nation that has been denied a state of its own and, consequently, we have been denied the right to exist and live in peace.

I was raised with hushed stories of massacres and how we survived them. How state soldiers, even volunteer militia, came to our cities and villages to kill us, to more than kill us. They gassed us, torched our villages, raped our women, shot fathers before the wide eyes of their children. . . and more, much more.

Those of us who survived the physical erasure of our lives faced cultural destruction. The states that ruled over us told us we didn’t exist, or if we did, we were merely what they named us; Turkey called Kurds mountain Turks. Iran called Kurds mofsid filarz: corruptors on earth. Those who fought back against state aggression were labeled terrorists.

As Kurdish parents tried to protect their offspring under the annihilate-or-assimilate policies, we gradually lost parts of our heritage and developed a cognitive dissonance between generations who had difficulty communicating. Our language and history were banned, our pain was ridiculed and used against us—we were denied and defined by our oppressors, reduced to subhumans, in ways that shattered our pride and dignity.

In spite of—or perhaps because of—all of that, Kurds became masters of rising from the ashes. Our statelessness killed us but also taught us to resurrect. It’s no wonder that our most common mantra, especially in Syrian Kurdistan (known as Rojava), has been Barxodan Jiana: Resistance is life.

Our statelessness killed us but also taught us to resurrect. It’s no wonder that our most common mantra, especially in Syrian Kurdistan, has been Barxodan Jiana: Resistance is life.

To resist/exist, I have relied on the arts. Literature has been my refuge and shelter, my life support, but my search to find myself in it proved futile. Growing up illiterate in, and therefore alienated from, the Kurdish language and literature, I searched for my reflection in Persian and world literature in English. But I never found anyone remotely similar to me. No one had written Kurdish women into literature. We had to do it ourselves. I won a scholarship to earn my Master’s Degree in English and Creative Writing at Windsor University in Canada.

Thus, my years of writing in exile began. I put blood and sweat into crafting short stories of modern Iranian women and published Echoes from the Other Land which went on to be nominated for the 2011 Frank O’Connor Short Story Prize. And I spent the next nine years writing my debut novel Daughters of Smoke and Fire, which will be published by The Overlook Press in the United States and HarperCollins in Canada in May 2020.

Like many other diasporic Kurds, I taught myself to read and write in my mother tongue and learned my history and politics. I searched for the stories of Kurdish women who had simultaneously fought gender and ethnic oppression and had a voice: Women like Leyla Zana and other parliamentarians, mayors, and leaders who were elected yet jailed, who endured the most sadistic sexual torture and still sent out messages of courage and determination from behind bars. In Kurdish literature and in real life, powerful Kurdish women—and men, like the executed teacher Farzad Kamangar, whose life was the inspiration for my novel; like the imprisoned Selahttin Demirtas who has been called the Kurdish Obama—lived complex, resilient lives.

Kurds have been able to govern their own area since Syrian President Bashar al-Assad’s iron fist was lifted from their suppressed region in 2012, as he turned attention to crushing an uprising in the south. Some 11,000 lives were lost in the effort to defeat the Islamic State, and widespread images of Kurdish female fighters went viral on international media. When Rojava came to exist as of 2012, it became my paradise regained. What gave my writing hope and courage was the type of society Kurds created: a bottom-top, democratic, feminist, ethnically-inclusive, and ecologically sustainable enclave. They banned child marriage, forced marriage, and polygamy, and they created communes where women had veto power.

Rojava, this oasis in a volatile region, though imperfect, was another major reason I believed I could create characters who’d find and employ agency against horrors of genocides, executions, and betrayals. The existence, in Rojava, of women’s liberation, democratic confederalism and environmentalism—a model that not only the Kurds but the world needs—has been the most inspiring Kurdish reality. The characters that I had created in my novel jumped out of the page and lived in Rojava. Daughters of Smoke and Fire, which is interwoven with 50 years of modern Kurdish history, tells the story of three Kurdish children growing up together, Leila, Chia, and Shiler, but finding different means to defy nonexistence: a pen, a camera, a gun.

Like many diasporic Kurds, I taught myself to read and write in my mother tongue and learned my history and politics. I searched for stories of Kurdish women who simultaneously fought gender and ethnic oppression.

But then, the invasion happened in October. As 400,000 were displaced, burned, killed and traumatized, hopelessness took over me. Since then, I have been watching all that’s good, right, and possible being destroyed or used as a bargaining chip between politicians.

Among the horrific videos and other evidence of Turkey’s war crimes that have emerged since the country’s invasion of Syria, one, in particular, shattered me inside.

A 35-year-old Kurdish female politician, Hevrin Khalaf, who had been working to foster Kurdish–Arab cooperation in postwar Syria, is pulled out of her car and violently beaten with metal objects. Footage shows Turkish-backed militiamen shouting insults as they assassinate her. They drag her by the hair until her skin is peeled off her scalp. Turkey’s mainstream media proudly broadcasted the murder as a “successful operation of neutralizing” a “terrorist.”

For a Kurdish writer-in-exile like me, this wasn’t simply another gory and inhumane video on social media. It opened up my historic pain and intergenerational trauma and swallowed me alive. I felt paralyzed for several days and nights.

Still, being a Kurdish writer is about rebirth and resistance.The precarious life of Kurds has traveled through history and will continue to do so. If I do what I know how to do, at the very least, I can show that even in the age of nation-states, stateless Kurds matter and we are as complicated, important, imperfect, funny, and fascinating as any other group of humans. Perhaps if we are reminded of our humanity—of Kurds, of everyone—we can create global policies that reflect that.

Ava Homa is a writer and journalist. Her forthcoming novel Daughters of Smoke and Fire, weaving fifty years of modern Kurdish history, will be published in May 2020 by The Overlook Press, an imprint of ABRAMS and by HarperCollins in Canada. 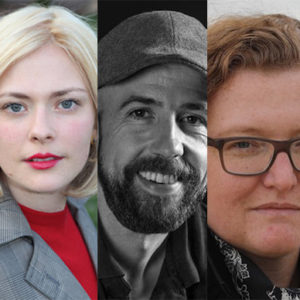