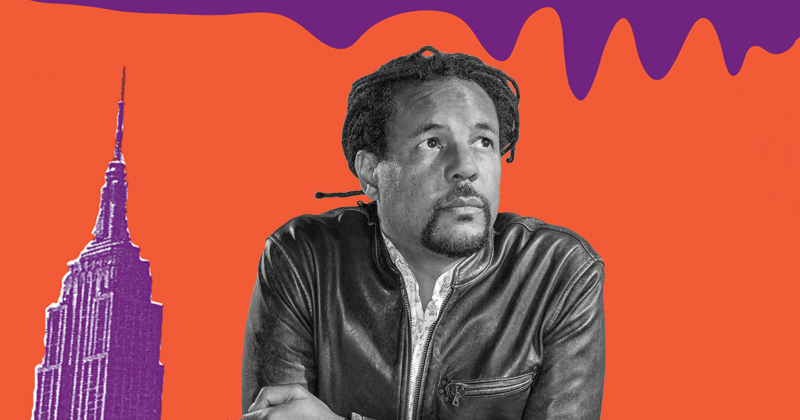 Why now is a great time to read Colson Whitehead’s Zone One.

Colson Whitehead’s zombie novel Zone One was published nine years ago today, on what I imagine to have been a chilly and sweeping October day in 2011. I was a teenager when the novel was released, and only got around to opening the book a few months ago, as I tried to read my way through the New York Times’ list of pandemic novels for quarantine, which was published in early March, back when everyone’s reality was taking an extraordinary turn. For reasons I probably don’t need to explain, I took my time working my way through the list. I began with Albert Camus’ The Plague in the spring, read Ling Ma’s Severance in the summer, and only started Zone One during the stormy days of early August.

It is no surprise to find Zone One on such a list. After all, the novel is about a zombie apocalypse, which emerges from a novel virus. We follow protagonist Mark Spitz over the course of three days—Friday, Saturday, and Sunday—as he works with two other comrades in an Omega unit to clear the remaining zombies from the Manhattan area, in what is called Zone One. Everyone suffers from post-apocalyptic stress disorder (PASD), yet everyone tries to find ways to make meaning of their world, even as Mark Spitz, a self-avowed mediocre man, believes the only way forward is by thinking only of how one is to survive the next five minutes.

Though the novel feels insightful, and even prescient, today, we must remember that it was published during a time in which paranormal and supernatural horror were having a cultural resurgence, with zombies and monsters fading into banal tropes. But even at the time, Whitehead transcended the genre, using zombies as “rhetorical props” to unpack paranoia and misanthropy. The zombies of Zone One stage a cogent conversation around memory, along with the destruction of society and the individual’s (lack of a) place within it. One of Zone One’s departures from the “normative” zombie apocalypse narrative is the the fact that there are zombies who are not exactly pernicious, who become immobile, tethered to a location associated with a specific memory buried deep in a “mind” that can no longer think. They are catatonic beasts. They are called stragglers.

The style and structure of the novel mirrors the tensions between memory and survival. Though the novel ostensibly takes place over the course of a weekend, the narrative itself functions as one extended flashback, interspersed, withheld, repressed—and for good reason. It is no coincidence that the acronym PASD is phonetically similar to the word “past.” Every human gesture—a turn of the body—every look—a stare, an indifferent gaze—even a position—one body atop of another—has the potential to pry open memories of the “Last Night,” the argot used to describe the night the world collapsed. We manage to slip into the past with one sentence, and arise into the present with a clause. These memories swell and recede, but they are there to stay. Perhaps the prose itself might be considered PASD manifest.

Mark himself says that one cannot sit too long in the past, lest they remain stuck, unable to get up, imbued in an immobilizing past that is not past. The walking dead become no different than those who are alive but dead on the inside.

Unlike Ling Ma’s The Severance, in which we follow a virus as it emerges and subsequently wipes out the majority of the world’s population, all of that is behind us in Zone One, subsumed by the present but always poking through. In other words, we are not precisely located within the descent. We begin when the rubble has settled. Which doesn’t mean the destruction is done. (Sound familiar?)

Zone One showcases the anxieties of world-building—what happens when people try to use tools of the old world in a place where those rules don’t and shouldn’t apply. Deceit, corruption, and dissimulation prevail. Thus, the word “rebuild” might, in fact, be a misnomer—one that emphasizes repetition of the old and not creation of the new. Yet, if there’s anything this year has taught us, it is that catastrophe awaits. Just like in Zone One, no one has solutions, only experiments. Even when all seems lost, the trick, it seems, is to keep fighting for life, for a future. This is one of those novels that will help you feel like such a thing is possible.