Steve Luxenberg on Journalism Versus Storytelling

When I was the greenest of reporters at The Baltimore Sun, not quite 23 years old and feeling mighty lucky to have a job in any newsroom anywhere, I learned about the fine art and adrenaline of scoops.

Now, as an author of nonfiction narrative books, I do my best to forget—or, at least, pretend to forget.

There’s no contradiction here. But there is a healthy and sometimes irreconcilable tension, which arises from the difference in the crafts, and what they demand.

Possession of an exclusive story, some morsel that would require competing newspapers to chase after your discovery, did not come my way often during my early days as a reporter. I was too busy trying not to look lost.

One of The Sun’s premier scoopmeisters in 1974-75, my first year at the paper, was a wunderkind named Richard Ben Cramer. He seemed to collect scoops the way a honey bee gathers pollen—instinctively and industriously. Taking note of my tentative pursuit of a few investigative stories, he appointed himself as my adviser. He was bearded, gravel-voiced and a smoker. He called me “kid.” He was 24.

Like a Mafia don, Richard had invented (or gleefully borrowed and popularized) his own vocabulary for the politicians he covered and the scoops he relished. He would look at me over the multiple Styrofoam cups of coffee on his desk, strategically lined up and rationed to provide a steady stream of caffeine, and ask: “You got roof?”

“Roof” meant a story powerful enough to blow the top off City Hall. Or the State House. Or police HQ.

I rarely had roof. “Nope,” I would joke. “Basement. Maybe first floor.”

There is a healthy and sometimes irreconcilable tension between nonfiction and journalism, which arises from the difference in the crafts, and what they demand.

We enjoyed the ritual. I enjoyed it even more the day I returned to the office after a morning of reporting, loitered by his coffee cups, and said, as casually as if I were ordering scrambled eggs, “I’ve got roof.”

But if scoops are the oil that keep a newsroom’s engine humming, they can just as easily ruin the rhythm of narrative nonfiction, especially narrative history. Developing a story’s arc, researching the principal figures, accumulating the telling details that can make readers feel as if they are inhabiting a bygone world—none of those crucial elements rely on scoops. Quite the opposite.

The fastest way to slow down a narrative’s locomotive power is to stop the natural flow with a detour to a “discovery.” It lifts readers out of the historical moment and brings them back to the 21st century. Before risking such a derailment, I ask myself two blunt questions: Assuming I can find a seamless way to brag a little, will it move the story ahead? Almost certainly not. Will readers care? Probably not a whit.

After years of coveting scoops, it feels odd to dread discoveries. Well, not dread, exactly. My natural competitive juices make me want to shout them out. But my narrative instincts tell me to run in the other direction.

Discoveries, as desirable and delicious as they are, can prove to be as much trouble as triumph. How do I prove beyond a shadow of a doubt that I’m the first to unearth my hard-won gem? Is it worth the time? If I claim to be the first, doesn’t that set me up for someone, somewhere, to come up with evidence to the contrary? There are more books—not to mention journal articles—than any human can read.

And yet, and yet. . . No, I’m sticking with this. Resistance is not futile.

Earlier this year, on the eve of the publication of my new book Separate: The Story of Plessy v. Ferguson, and America’s Journey from Slavery to Segregation, I was working on an excerpt for The Washington Post Magazine. Editor Richard Just and I had picked Chapter One as the focus. It told the story of how, for five years at the dawn of the railroad age, three of the eight earliest railroad companies in Massachusetts had chosen to divide their white and black passengers into separate cars.

The year was 1838, two decades before the Civil War, a quarter-century before emancipation. As I write in the book, Jim Crow laws gained velocity in the South at the end of the nineteenth century. But Jim Crow did not originate in the states where slavery ruled. Separation had no role there. Slavery required close contact, coercion, and even intimacy to survive and prosper. It was the free and conflicted North that gave birth to separation, in different places and different forms, as custom or company policy rather than as law.

As I researched separation’s origins, I spent days scouring newspaper databases. Curious to know when “Jim Crow” had become a synonym for separation in public accommodations, I typed that pernicious phrase into the search engine, along with a wide date range. If I had been reading newspapers at a library, on microfilm, I would never have requested a reel from before the Civil War. It would require hours of bleary-eyed, and probably fruitless, reading. Not a good use of time for an author working on his own. But Google can yield such secrets in minutes, if not faster. Why not?

If scoops are the oil that keep a newsroom’s engine humming, they can just as easily ruin the rhythm of narrative nonfiction, especially narrative history.

October 12, 1838, the Salem Gazette. Opening the link, I found a story on a vandalism case involving two “intoxicated” white sailors on the Eastern Rail Road’s new Boston-to-Salem line. They were charged with damaging the railroad’s track in retaliation for being ejected from the train. Their boorish and profane behavior, the Gazette wrote, had so disgusted the other passengers that the conductor had ordered “the drunkest” of the two men “to take his seat in the ‘refuse’ or ‘Jim Crow’ car, at the end of the train.”

This mention of “Jim Crow” was not something I had come across in the notable works on Northern racial prejudice that I had read during my early research. I stared at the screen, excitement building. The Eastern Rail Road had opened for business in late August 1838. Within six weeks, a local newspaper was using “Jim Crow” as the name for the separate car. What a find.

In the book, I did not call attention to my “discovery.” Instead, I offered plenty of context that made clear the Gazette’s use of “Jim Crow car” was something special, but without halting the narrative to say so explicitly or to describe my research. I left that for the chapter notes at the back of the book. (Thank you, Writing Gods, for the gift of endnotes.)

There, at a safe distance from the main narrative, dedicated readers will find the following: “The Salem Gazette account of the two drunken white sailors, on Oct. 12, 1838, is the earliest reference to a ‘Jim Crow car’ that I could find in an American newspaper, using keyword searching of digitized newspaper collections.”

But even there, I avoided saying categorically that I had discovered something, or that I was the first to do so. I had checked a variety of sources, and other than a single footnote that cited the Gazette article without mentioning its significance, I could find no other reference. Still, that footnote gave me pause. What if I had missed something?

Another factor: There’s a vigorous and necessary resistance among historians to the casual reliance by writers and publishers on phrases like “the untold story” as an easy way to draw attention to their products. It’s best not to feed that hype, especially in writing about people of color. For too long, such stories were not “untold” or “unknown.” They were ignored or left out.

I looked again at my claim. Saying it was “the earliest reference I could find” was true. Saying I had a scoop? That would take a lot more digging.

When Post Magazine editor Richard Just read the excerpt, his scoop instincts clicked into gear. He pressed me: Is this new? I told him the background, and explained my thinking. He said, okay, yes, fine, understood. But can you incorporate the endnote into the excerpt? That would give the excerpt something extra. I knew what he was saying. In his own, respectful way, he was essentially asking: Got roof?

I told him I would fashion an insert. It turned out to be harder than I thought. After a few frustrating hours of writing and rewriting the key sentence, I focused on why I was having so much trouble. That’s when the root of my ambivalence emerged: The conflict between storytelling and scoop.

There’s a vigorous and necessary resistance among historians to the casual reliance by writers and publishers on phrases like “the untold story” as an easy way to draw attention to their products.

Richard understands and lives with this tension. His magazine sits at the intersection of “scoop-driven” journalism and narrative nonfiction, relying on—and benefiting from—the imperatives of both. This creates a “healthy” pressure, he told me recently, to publish pieces that “reveal something new and/or surprising . . . which can take the form of new facts (scoops) but also a new argument or a new idea.”

In the end, I stuck with a modified version of my endnote, saying simply that the Salem Gazette item “was the earliest record I could find of the use of ‘Jim Crow” as a shorthand for discrimination in public accommodations.”

Whether I was the first to discover the Salem Gazette’s use of “Jim Crow” was not the point. At least, not the point I was trying to make. I wanted readers to appreciate that this label for separation, this marker of racism, was present from the railroad age’s earliest days. I didn’t want, or need, to take credit for unearthing that fact. Every generation discovers—or, just as often, rediscovers—the past. That’s one of the delights of history, for both researchers and readers. If it’s new to me, if it’s new to others, that’s discovery enough.

That’s roof, or something close to it.

Steve Luxenberg’s Separate: The Story of Plessy v. Ferguson, and America’s Journey from Slavery to Segregation is out now from Norton.

Steve Luxenberg, a long-time Washington Post senior editor, is the author of two new nonfiction books. His new work, Separate: The Story of Plessy v. Ferguson, and America’s Journey from Slavery to Segregation, has been longlisted for the 2019 Cundill Prize, an international award that honors the year’s best works of history published in English. As a work in progress, Separate won the J. Anthony Lukas award for excellence in nonfiction.

On Monsieur Bovary, One of Literature's Most Necessary Characters 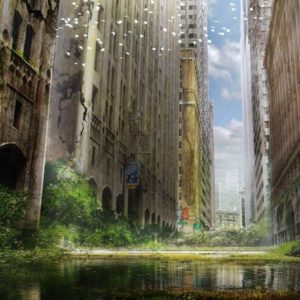 Money often costs too much. –Ralph Waldo Emerson He who dies with the most toys wins. –Malcolm Forbes The more we understand...
© LitHub
Back to top