“Why My Hair Is Long” 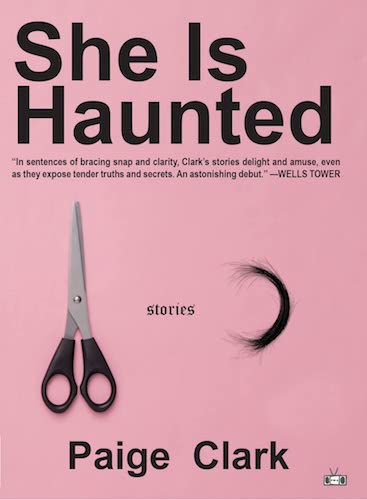 The following is short story from Paige Clark's debut collection, She Is Haunted. Clark is a Chinese/American/Australian fiction writer, researcher and teacher from Los Angeles. In 2019, she was runner-up for the Peter Carey Short Story Award and shortlisted for the David Harold Tribe Fiction Award. She is currently at work on her PhD at the University of Melbourne.

If my mother had called me and asked, “What have I done that you can’t forget?”

I would have said, “I can forgive anything.” But she never called and that is what I can never forget.

Instead I get an email. It shines bright and blue on my phone in the dark bedroom of my new boyfriend. It says, “When people ask how you are doing, I will say that I tried my best and it was not good enough for you.” I am confused. I am always the one who is not good enough.

I turn off my phone quickly. I do not want to wake up my new boyfriend. He sleeps with a smile on his face, as if he is having the most pleasant dream. When I ask him about it in the morning, he says he dreamed we were in Hawaii and I was learning to hula, my dark hair reaching to my waist.

“How wonderful,” I say. I forget to tell him about the email.

It all started with my mother’s hair. It stopped growing. In a photograph from her youth, she is standing in a red gingham shirt and short jean shorts, eating an ice-cream sandwich. Her hair oats behind her like a sheet hung out to dry. A morsel of chocolate cookie dots her lip. She looked at this photo often, wondering why her hair would not grow past her shoulders anymore.

Then it started falling out in clumps. I could see bits of it wrapped up in toilet paper and stuffed into the bathroom wastebasket. The shower drain was constantly clogged with loose strands, so I stood ankle deep in murky water every time I shampooed my hair. She never said anything to me about it. I took out the trash often and secretly bought drain cleaner from the supermarket.

She enlisted a famous hairdresser that she saw on David Letterman. My mother forced me to go with her to the salon, all the way over in Beverly Hills. She said she needed company for the long drive. She raced through Laurel Canyon to get to the appointment. Her urgency rounding every corner made me uneasy, as if I knew already what disappointment awaited her. Or maybe I was just afraid of the canyon, how it seemed like it could swallow a person whole.

When we arrived, Ringo Starr was paying his bill. My mother’s eyes flashed when she saw him, but I noticed he was balding, just slightly, on the crown of his head.

My new boyfriend likes his mother. She wears lipstick in contemporary colors like fuchsia and mandarin. She drives to his apartment with spare keys when he accidentally locks himself out, and looks after his dog when he travels for business and even for pleasure. When I first meet her, I notice her hair is platinum blond. My mother hated women who dyed their hair. “They think they look younger,” she said.

If my new boyfriend asks about my mother, I switch the subject. It is easier to change the topic than to change the mind. Tell someone you do not speak to your mother and they always say you should instead of why.

“Maybe we should go to Hawaii,” I say. His face goes dreamy and quiet.

Next my hairbrush went missing. This was after several visits to the fancy salon and a few bottles of shampoo that smelled like parsley and powdered soap. It was after my second conversation with Ringo Starr, the first one being about the weather. He said, “You are such a beautiful young girl. Look at how you shine.”

“You should just keep quiet,” my mother said on the ride home. “You are always in everybody’s business. It’s aging me beyond my years.”

I noticed how her center part was widening. Like the canyon, I feared it would take me. How strange, I thought, how strange that even when you have so little hair, you can still not possibly count all the strands. Later, I found my hairbrush snapped in two and discarded in the kitchen trash.

My new boyfriend gets a haircut. “Do you like it?” he asks. “No,” I say, “but you are very handsome.” In the early morning, when he is still asleep, I notice tiny bits

of hair sprinkled around the back of his neck—the haircut. The sight makes me queasy, so I pretend we are in Hawaii. The waves lap at our ankles as we walk beside the water. The thin chords of a ukulele drone as we kiss while the sun goes down. He picks me up over his shoulder and throws me into the frothy surf. For a moment, I am happy—weightless as a child being tossed above her father’s head.

When he wakes, he asks what is wrong. I don’t know how to tell him the answer to his question.

Instead I say, “You are my island of happiness.”

I bought a new hairbrush and hid it at the bottom of my sock drawer. I brushed my hair secretly in my bedroom and wore my hair in a tight bun. One night, my mother barged in on me examining myself in the mirror. She said, “Your vanity is endless.” I did not mention that I had seen her staring at photos of herself—before and after shots given to her by the salon, close-ups of the back of her head.

She stopped taking me with her to Beverly Hills. The bottles at the bottom of the shower multiplied. Their labels advertised them as stimulating scalp shampoos, protein daily rinses, density boost conditioners—as everything except what they were. I overheard her mention Ringo casually on the phone to her friend, as if she’d known him for years. She did not say how she met him.

From the internet, she purchased a laser wand to encourage hair growth. She held it over each inch of her head for five-minute intervals twice a day. When I asked what the wand was for, she said, “Vitamin D. I don’t get enough sun.”

My new boyfriend goes on vacations with his family. After he graduated from university, he took the Trans-Siberian Railway from Beijing to Moscow with his parents and his younger brother. On the train, the Russians were hospitable and made sure his family always had a bottle of vodka. His mother, knowing that once a bottle is opened it must be finished, drank with them shot for shot.

When they went to Disneyworld, she went on every ride. I picture her there—platinum hair ratty from the wind and clothes soaked in chlorinated water from Splash Mountain.

We never went on family vacations. One time, my mother drove me to Santa Monica beach. We shared a corn dog and a lemonade. We walked along the pier and I had my caricature drawn while she watched from the shade, applying high-SPF sunscreen and combing her fingers through her hair, then long. Later, when her hair was short, she would still run her fingers down her chest, remembering.

“If we go to Hawaii,” my new boyfriend says. “When,” I say.  When we go, I will wear my hair down and drink rum cocktails

decorated with tiny umbrellas in the sun until I am lightheaded. We will dance all night at the cheesy hotel luau, the colorful leis scratching our sunburned skin.

My mother said I needed a haircut. She had just started seeing a doctor who activated her scalp with thin needles and prescribed a mix of hormone pills. I found the bottle of medicine first, then the invoice from the doctor for her weekly procedures.

“Look how long your hair is getting,” she said. “You look like a fundamentalist.”

When she came back with a shiny pair of scissors and no chair, first I begged and then I said nothing.

She told me to hold still and put her hand to the back of my neck. Her fingers dug in but did not leave a mark. Three snips was all it took. My new hair was short and jagged, as if I were a doll that a child had given a haircut.

I can’t forgive you, I thought.

“Tell everyone you got gum stuck in your hair,” my mother said.

My boyfriend and I book flights to Hawaii. I buy us matching Hawaiian shirts and eat macadamia nuts to prepare for the trip.

When I am by myself, I practice wearing my hair down, flipping it behind me as I walk. On our way to the airport, we drop his dog off at his parents’ house. His mother waits at the door as we drive away, waving as our car rounds the corner.

When we are in the air, high above the Pacific, I try to tell him why I don’t speak to my mother. But what I can’t explain is this—how she is always there like a phantom limb, the body’s memory of what is lost. 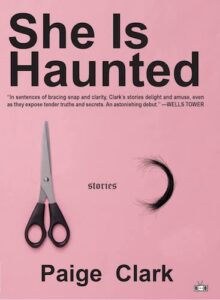 What to read next based on your favorite Lizzo song.

Bringing Up Bookmonsters by Amber Ankowski and Andy Ankowski, Read by Khristine Hvam 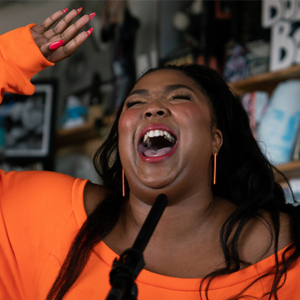 What to read next based on your favorite Lizzo song. April 27, 1988 is a very important date. It marks the day we went from a world without Lizzo to a world with Lizzo. (Honestly,...
© LitHub
Back to top
Loading Comments...