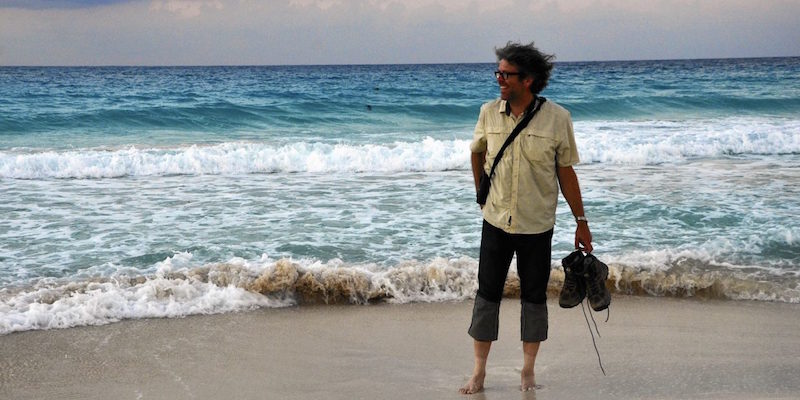 The air is crisp, the sky is blue, and the press cycle is fresh. That’s right! At long last, we’ve entered my favorite season of all: Franzen season. This morning, WSJ Magazine published a profile of Jonathan Franzen in advance of the publication of Crossroads, his excellent new novel.

The whole piece is worth a read (Lit Hub Managing Editor Emily Temple was particularly excited to learn that Franzen is a fellow Buffy the Vampire Slayer enthusiast), but I was most interested in Franzen’s explanation of his decision not to sign the infamous Harper’s letter—you know, the one which purported to be a call to protect the “free exchange of information and ideas,” but which, as a group of writers and academics pointed out in a counter-letter, read more as a “caustic reaction to a diversifying industry — one that’s starting to challenge institutional norms that have protected bigotry.”

In the profile, Franzen says his friend George Packer asked him if he might sign the letter, but he declined.

“I felt it could be construed as somehow an attack on Black Lives Matter at a moment when that was just not the thing to do,” Franzen says. “There’s a chilling of nuanced discourse…but I also think, until people start being sent off to Lubyanka for having said the wrong thing to the wrong person, the risk is probably overblown.”

As I’ve been saying all along: Listen to Jonathan Franzen.

(I also think the fact that I’m so delighted by this measured expression of an opinion with appreciation of the nuance of a situation is a sign that I need to follow Franzen’s lead and get the hell off Twitter.)