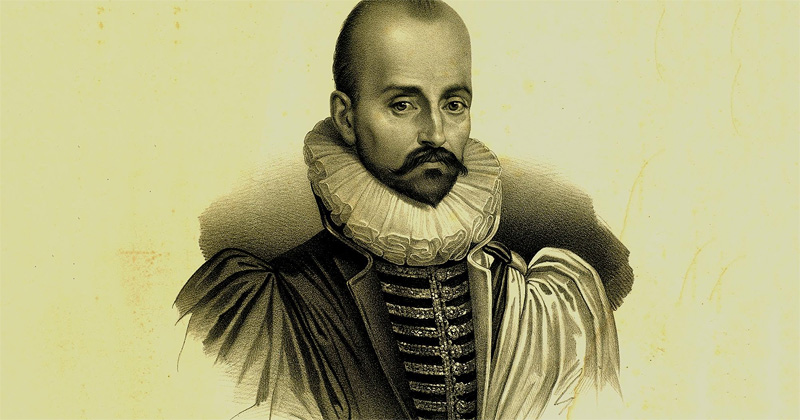 Why is it So Difficult to Define the Essay?

Or, How to Use Knowledge Ethically

By Nicole B. Wallack

As accommodating as they are to subject matter and formal experimentation, essays permit no substitutes; every piece of short nonfiction prose is not an essay. And yet, it is sometimes difficult for many of us who teach the essay to acknowledge and even more frequently to act on this fact, which is far from a simple one. It is hard to acknowledge because we do not have a rich and consistent enough language for what it means to ask for essays; the term “essay” is ambiguous and thus allows those who use it to project onto it whatever it is that we either find most desirable or objectionable about certain kinds of nonfiction writing. It is hard to act on because once we say we want to write or read, teach or learn the essay, we feel we must immediately and securely define this kind of writing in some way.

As Phillip Lopate tells us, “It is easier to list the essay’s practitioners than to fix a definition of this protean form.” It is also easier to define the essay by insisting on what it is not. A habitual skepticism and self-awareness are qualities of mind we often associate with the genre’s most famous practitioners—Montaigne, Hazlitt, Emerson, Woolf, White, Baldwin, Didion, and Sontag; these stances tend to ensure that essayists undo certainties almost as soon as they dare to appear in their own minds, or at least on their pages. Likewise, there has been a strong tradition among the genre’s commentators to reject imposters and poor substitutes: genuine essays must not be confused with stories, and formulaic school writing . . . and worst of all, scholarly articles.

William Gass identifies the essay as “obviously the opposite of that awful object, ‘the article’,” which tends to ignore “the process, the working, the wondering” inherent in essays. The article is not just neglectful, it’s a liar, too, “very likely a veritable Michelin of misdirection.” An article draws attention away from lapses in its author’s logic or method and toward its own verities, which are siphoned from others’ reputations and trustworthiness: “it furnishes seals of approval and underwriters’ guarantees . . . it knows, with respect to every subject and point of view it is ever likely to entertain, what words to use, what form to follow, what authorities to respect.” The article acts as “proof of the presence, nearby, of the Professor, the way one might, perceiving a certain sort of speckled egg, infer that its mother was a certain sort of speckled bird.” For Gass, then, the “Professor,” produces articles to pretend to know and be more than they should. Even so, Gass acknowledges that articles and those who write them have some power—noble or not.

Gass’s mistrust of scholars revives the concerns of Michel de Montaigne, who was the first to name his compositions “essais” when he first published them in 1580; these 94 pieces range widely in length, tone, and approach. His titles reveal curiosity and reach: several of his most famous essays on topics with broad appeal, “Of friendship,” “Of books,” and “Of experience,” find for company more unexpected foci, “Of the custom of wearing clothes,” “Of smells,” and “Of thumbs.” In his author’s note to the volume, Montaigne makes a promise to his readers, a disclaimer that dissociates his work from scholarly books with their built-in approvals: “This book was written in good faith, reader. It warns you from the outset that I have set myself no goal but a domestic and private one . . . If I had written to seek the world’s favor, I should have bedecked myself better, and should present myself in a studied posture.” For Montaigne, this “posture” of the scholar, however, is not merely an affectation; it expresses a fundamentally corrupt relationship with knowledge and knowing.

Montaigne envisions his own goals as the opposite of those scholars—“pedants”—who, “go pillaging knowledge in books and lodge it only on the ends of their lips, in order merely to disgorge it and scatter it to the winds.” However, Montaigne acknowledges how he is implicated in their practices: “I go about cadging from books here and there the sayings that please me, not to keep them, for I have no storehouses, but to transport them into this one, in which, to tell the   truth, they are no more mine than in their original place.” Unlike these scholars who might write articles to assemble their “cadged” quotations as a bulwark for their own authority, Montaigne has the essay, a praxis (in Paolo Freire’s sense) that promotes self-critique: “We know how to say: ‘Cicero says thus; such are the morals of Plato; there are the very words of Aristotle.’ But what do we say ourselves? What do we judge? What do we do? A parrot could well say as much.”

With his own example, Montaigne offers his reader the possibility that the essay itself can protect us from our worst impulses—to “parrot”—and gives us something to do with what we know. We need such outlets, because knowledge can be dangerous: “Knowledge is a good drug; but no drug is strong enough to preserve itself without alteration and corruption, according to the vessel that contains it. A given man sees clear but not straight, and consequently sees the good and does not follow it, and sees knowledge and does not use it.” For Montaigne, the primary way to “see” and “use” knowledge ethically is to filter it through the alembic of his own capacities in  essays.

As Graham Good suggests, “‘essays’ were essays of something (natural faculties, or the faculty of judgment) on something else (a topic or occasion).” As Kurt Spellmeyer has noted in his analysis of Montaigne’s “Of the Education of Children,” none of us, not even a teacher, is immune to a false belief in “the rigor of scholarly discourse [which owes] to its exclusionary purity—its abstractness, its power of discrimination.” Instead, Montaigne seeks an education that would require students to examine “the relationship between individuals and the conventions by which their experience is defined and contained.” It is not learning itself that Montaigne troubles, but its distance from life-as-lived: “The true mirror of our discourse is the course of our lives.” Let us not miss Montaigne’s proposition; here he is most concerned not that our language reflects our actions, “the course of our lives,” but that we will shape our lives to fit the language we have learned to value; his essays model a use of language that encourages us to examine lies we are tempted to tell about those lives. 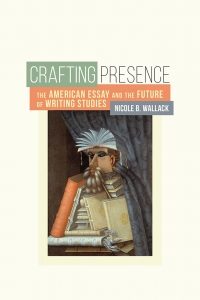 From Crafting Presence: The American Essay and the Future of Writing Studies. Used with permission of Utah State University Press. Copyright © 2017 by Nicole B. Wallack.

Nicole B. Wallack is senior lecturer in discipline in the Department of English and Comparative Literature and director of the Undergraduate Writing Program at Columbia University. As a senior associate of the Institute for Writing and Thinking at Bard College, she leads writing­across-the-curriculum workshops for high schools and colleges around the country. 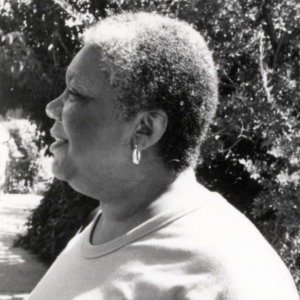