[The Answer: To Be a Writer]

Ever since he won that Oscar for The Theory of Everything he’s been all over my People magazines being utterly charming and humble. And now everywhere I turn I see The Danish Girl, which many are predicting as his next Academy Award-winning role. This also means that every time I see Eddie Redmayne on my TV or in a magazine, I think about the novel Eddie’s new movie is based on—and how I was once on a Library Journal panel at the Book Expo America in Los Angeles with its author, David Ebershoff, back in 2008.

David Ebershoff is a former book editor and also the internationally bestselling author of one collection of short stories and three novels, among which are The Danish Girl and The 19th Wife, which was about to debut to rave reviews and a jillion or so sales around the time I was trading pithy commentary on the state of publishing with him at that 2008 panel. In addition, David is a lovely guy who probably doesn’t remember me at all. And he is only recently a “former” book editor; he left his executive editorial position at Random House this past fall, having spent two decades editing some of the finest award-winning fiction and nonfiction of our time, while also writing his own books. Did I mention those books are international bestsellers that have sold millions of copies and at least one of them has been made into a movie starring Eddie Redmayne?

In contrast, I myself have written one book, it is rather short, and it has “fuck” in the title. According to the New York Times Book Review it is “the self-help equivalent of a Weird Al parody song.”

Listen, we can’t all be David Ebershoff.

My career as an editor lasted a mere 15 years and was not quite so illustrious vis-à-vis the Pulitzer Prizes and National Book Awards, but I was indeed privileged to work with hundreds of talented writers from all across the spectrum, including James Lee Burke, Gillian Flynn, Jessica Knoll, Emily Nagoski, and even God himself (you can follow Him on Twitter @TheTweetofGod).

It was a terrific run, but six months ago I left corporate publishing because I no longer wanted to spend my day in a high rise office building, because I wanted to work from anywhere (preferably the beach), and because I wanted to remain a creator of worlds—not be a destroyer of them. I truly love editing books, collaborating with talented writers, and being part of a transformative creative process. I was just really, really tired of being the one who had to report bad news to my authors. And pretty much all bad news goes through the editor.

An editor is at once an author’s best friend, occasional mortal enemy, and greatest advocate. The relationship can be prickly at times, but for me it almost always resulted in a special, lasting bond. The thing is though, an editor gets paid by the publishing house—which means her duties and loyalties are often necessarily and uncomfortably split.

It’s a cycle punctuated occasionally by excitement and good news—calling an author to tell her she’s hit the New York Times bestseller list remains one of the great joys of my life—but ultimately there wasn’t enough good news for me to grab hold of at the end of each day. Not when I’d poured so much time and energy into these books, and not when, like a literary midwife, I had coached authors through years of labor and then had to watch them leave their book babies to the mercy of the general public. As you may know, the general public can be total assholes.

Of course, a couple months later I wrote a book of my own, which basically means you shouldn’t listen to anything I have to say. Or that I’m a masochist. Or both. But more on that in a minute.

At the time I quit my job I just wanted to work with and for the authors, so I hung out my own shingle this summer and, quite honestly, have never looked back.

The freelance editorial life has been just as varied and fulfilling as the behind-the-desk one, except now I get to make my own schedule, avoid meetings, and wear far fewer pairs of pants in any given week. And for the record, I know “meetings” are a go-to scapegoat, like TPS reports in Office Space, but in my last job I had a key title meeting, an editorial board meeting, a Team 3 meeting, a jacket meeting, and a marketing meeting every week, with plenty of biweekly and monthly meetings on top of those. Conservatively, that’s 20 percent of a 40-hour work week taken up by meetings alone. It’s no wonder all the actual editing had to get done on nights and weekends!

But I’m not here to rag on the publishing business. The people behind those desks perform great and glorious feats of intellectual dynamism every single day. Like tweedy little quarterbacks, they are carrying an ancient tradition of storytelling into the twenty-first century and beyond, and they are wearing extremely restrictive slacks and pointy shoes while doing it. I applaud them.

Not only that, but as mentioned, it seems I couldn’t resist the lure of the fluorescent-lit conference room for too long before I dove right back into the fray.

In my defense, it was precisely because I gave up my day job and was able to do my freelance work on a reasonable timeline that I even had the mental space and creative energy to think up a book idea in the first place. Not five weeks after I let the revolving doors at Rockefeller Center gently nudge me out into Sixth Avenue traffic, I came up with the concept for The Life Changing Magic of Not Giving a Fuck: How to Stop Spending Time You Don’t Have With People You Don’t Like Doing Things You Don’t Want to Do.

I remember walking down the street in Brooklyn on my way to join my husband for dinner, and the title popped into my head, along with a little quiver of excitement hovering somewhere near my stomach and/or loins. One reason that I can pinpoint the genesis of the book so clearly is that upon dining at the restaurant that night and imbibing a few glasses of the house red, I took to the powder room and scrawled “I JUST HAD THE BEST BOOK IDEA” on the wall, and then photographed it. (Don’t worry, the walls were made of chalkboard and graffiti was encouraged. I’m not some kind of heathen.) I posted the photo on Instagram a few weeks later when I had my book deal in hand, because I am not above a #humblebrag.

So yeah, I had the idea in July, wrote the proposal, sent it out in early August, closed a deal by mid-August, and then… a deadline of September 24th for the finished manuscript.

You read that correctly.

Here, I’d like to take a moment to assure every author who’s been told by me and others of my ilk that “the publisher needs plenty of time—like ten to twelve months—to seed the market and create the best publishing plan for your book” that this is totally the case, except when it’s not. My own editor had the perhaps equally unenviable task of telling me that my book was due in four weeks so that we could publish in four months. Like any good little scribe, I took my marching orders in stride, mixed them with a healthy dose of Xanax and Chianti, and glued my precious nose to the laptop for as long as it took.

Which was four weeks, because I respect deadlines.

Closing in on the end of the whole process and having worn the tricorn hat of corporate editor, freelancer, and author all in one year, I have more respect than ever for the people who make books happen, and as little comprehension as ever about how it works (or doesn’t). The career woman in me purports to understand the ins and outs of the business, the profit and loss statements, the inscrutable language of “marketing” and “publicity.” The freelancer narrows her focus to just the words, ma’am; no meetings, spreadsheets, or conference calls. And the author in me is having a grand old time getting interviewed by Canadian news outlets and doing a photo shoot at my local grocery store in my pajamas and pink fuzzy slippers. I’m getting far more attention than I ever dreamed of, and less than I think I deserve. I suppose that means I was always destined to be a writer.

In any event, I’m thrilled to say that The Life-Changing Magic of Not Giving a Fuck publishes today, and it has already achieved one notable distinction. Although it is not [yet] being made into an Oscar-worthy movie starring Eddie Redmayne, it has the great honor of being the only book in Little, Brown’s illustrious 178-year history to use the f-word in its title.

Sarah Knight is an editor and writer who splits her time between Brooklyn and the Dominican Republic. A Maine native and Harvard graduate ('00), she has held editorial positions with Scribner, Henry Holt & Co., Random House/Crown, and Simon & Schuster. Her first book is The Life-Changing Magic of Not Giving a Fuck, which Cosmopolitan magazine recently declared "Genius." Follow her on Twitter and Instagram @MCSnugz.
http://sarahknightbooks.com 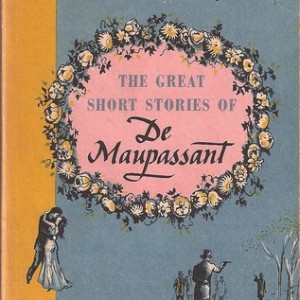 The long promenade of La Croisette winds in a curve along the edge of the blue water. Yonder, to the right, Esterel juts...
© LitHub
Back to top