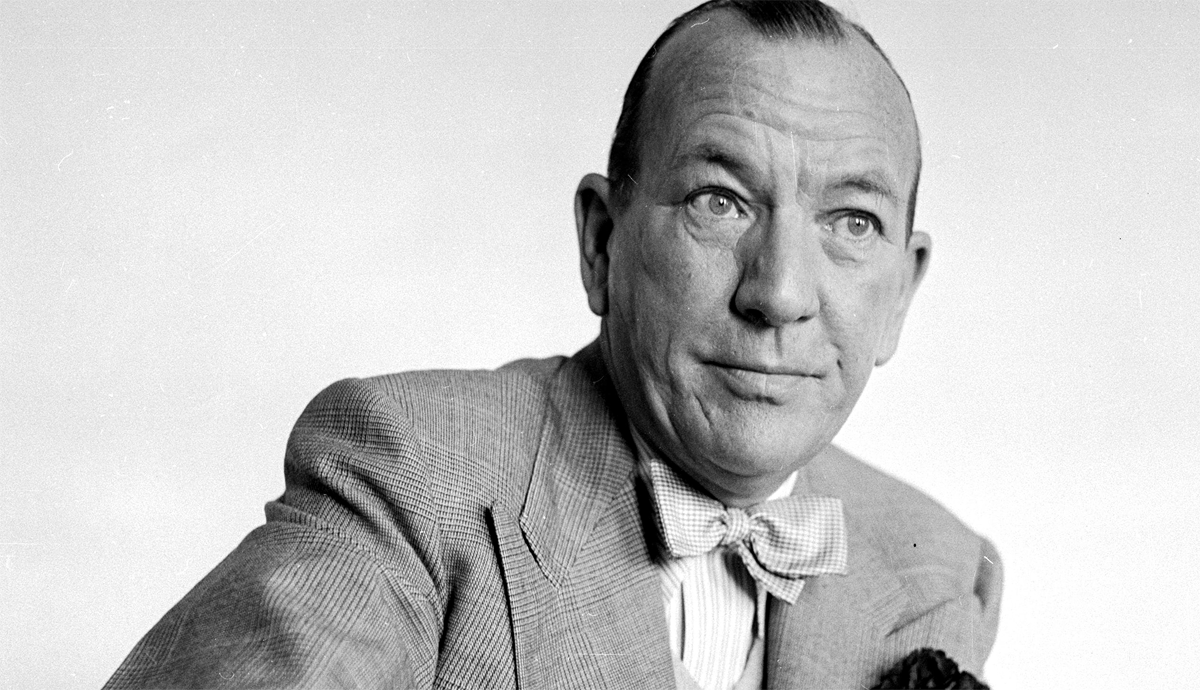 When One of the 20th Century's Great Playwrights Moved to Film

“I’m not very keen on Hollywood. I’d rather have a nice cup of cocoa, really”

In a 1927 interview in Picturegoer, Noel Coward was dismissive of film as a medium—at least as far as he was concerned: “You may take it that I am not interested in writing scenarios at all. I want to write words, not stage directions… It is work which simply does not appeal to me.”

He did go on to say: “No, films are not an off-shoot of the stage. They are a totally different medium.”

His personal reaction was understandable. In that same year Michael Balcon’s Gainsborough Pictures had filmed three Coward plays and none of them could benefit from his distinctive dialogue, since the cinema was still silent. Noel was not even invited to write the caption cards!

The first film he was involved in as an adult was 1935’s The Scoundrel—made in the Astoria Studios in New York. (He never did make a film in Hollywood.) It was written and directed in a lacklustre way by Ben Hecht and Charles MacArthur, who paid so little attention to it that Noel was able to ad lib quite a lot of his own dialogue.

The film was not a commercial success but at least it gave Coward an insight into the mechanics of making a movie.

Then—nothing. Until one day, in 1941, a three-man delegation from Columbia Pictures arrived on his doorstep. Well, it was his temporary doorstep at the Savoy Hotel, where he lived while his bomb-damaged home was being repaired.

They wanted him to make a film to help the war effort and he could choose any subject he liked.

I received them warily … I had no intention of making a film then or at any other time. I had generated in my mind a strong prejudice against the moving picture business, a prejudice compounded of small personal experience and considerable intellectual snobbery. I had convinced myself that it was a soul-destroying industry in which actors of mediocre talent were publicized and idolized beyond their deserts, and authors, talented or otherwise, were automatically massacred.

Noel could see that there was merit in the project and—with no great enthusiasm—agreed to at least consider it.

He didn’t have long to wait before an idea came to him. The following evening he dined with his old friend, Louis Mountbatten, who told him the story of how his own command, the H.M.S. Kelly, which had been sunk during the Battle of Crete.

“The Royal Navy means a great deal to me and here, in this Odyssey of one destroyer, was the very essence of it… I knew that this was a story to tell, if only I could tell it without sentimentality but with simplicity and truth.”

He set about picking his production team by looking at as many recent British films as he could lay his hands on. Time and again in the ones he liked the editor was David Lean. In many more the cameraman was Ronald Neame. A consistent producer was Anthony Havelock-Allan. He gathered them all together and offered them his project. The only possible problem was David Lean, who asked for a co-director credit, even though he had never directed. Breaths were in-drawn. How would Noel react? “Only too delighted,” he said, “It will take a weight off my shoulders. I’ve never directed either!”

Within a few days Noel had prepared a script treatment and called his “little darlings” (as he called them) together to hear him read it. At this point the working title was White Ensign.

At the end of the reading he scanned the assembled faces. “Well?”

David Lean nervously pointed out that, though he thought it had considerable merit, what Noel had described would take up something like five hours of screen time.

“Oh,” said Noel, “I thought you could do anything on film.”

Lean then suggested noel should see Orson Welles’s Citizen Kane, a film that was currently intriguing critics and the public alike. Noel agreed to do that and promised a script rewrite within a couple of weeks.

The new script—now called In Which We Serve—borrowed Welles’s device of flashback. When the ship in the film is sunk and the survivors are in the water clinging to the life raft, we are then shown each of their back stories, thus giving the story an extra dimension.

There is a whole other story in what it took to actually get the film made: the bureaucratic obstruction, questions about what such an effete character as Coward was doing in such a manly story… And a British ship sunk? What kind of propaganda was that?

It took the full weight of Mountbatten—whose story it was—and his cousin (who just happened to be King George VI) to navigate these political waters. But navigate them they did. It took a little judicious trimming here and there. Capt. ‘D’ Kinross (Noel’s character) had his Rolls-Royce replaced by a Ford, had his home diplomatically down-sized, and acquired a dog called Trafalgar. Nonetheless, it remained clearly Mountbatten’s own story. Noel even wore his friend’s cap in the film and, in addressing the men, used many of the words he had heard Mountbatten himself use.

The film was a considerable success in every way when it was released in 1942. C.A Lejeune, writing in The Observer, decided—”His heart has sneaked up on Mr. Coward… there is a subtle warmth in the old astringency. For the first time he seems to be speaking, not to the select, but to the simple.” A review that particularly pleased Noel was from American critic, Herb Sterne, who said—”Noel coward might be described as the British Orson Welles, if Orson could write, act, direct, sing, dance, compose songs and be amusing.” The film also won a special Oscar the following year for its production quality.

Noel predictably had the last word. One evening after the film’s launch he dined with his “little darlings.” He was the first to leave and as he passed a nearby table he heard the host say that, although he’d greatly admired the film, he didn’t think Noel was good as the captain.

Noel stopped and leaned over the table.

“I thought I was very, VERY good!”

The “little darlings” went on to make two more Coward films—This Happy Breed (1943) and Blithe Spirit (1945). Noel provided professional advice but did not write the scripts.

The team re-united for Brief Encounter (1945), and it would be their final collaboration.

Noel was now feeling more comfortable with the workings of the medium, and a fundamental decision he made in writing the screenplay was to add a whole new dimension to the story of a “perfectly ordinary” housewife who casually meets an equally ordinary married doctor in a railway station buffet… and they fall hopelessly in love.

Coward always understood his characters as if they were real people. He once explained it: “You have to know what they eat for breakfast—even though you’ll never see them eat breakfast.” In describing the character of Laura during production, he said, “She listens to Rachmaninoff on the radio at home. She borrows her books from the Boot’s lending library and she eats at the Kardomah Cafe.” The books Laura invariably borrowed would be the genteel romances of a writer like Kate O’Brien, who specialized in the conflict between romance and the reality of everyday life.

As we watch Laura’s life, it’s possible to wonder how much of it is her personal projection of the Kate O’Brien world. Certainly the Laura of the film is a more complex character than the Laura of the play.

There was one small crise. David Lean—who was not known for his sense of humour—queried the use of the secondary romance between Myrtle Bagot, the overly “refined” custodian of the station snack bar and Albert Godby, the ticket collector. Noel was firm. The comic relief was essential or the main affair undiluted would become too sad. In any case, as he pointed out, the comic sub-plot was used by Shakespeare time and again. Myrtle and her Albert stayed.

The screenplay for Brief Encounter was Noel’s crowning achievement on film. It wasn’t the usual filmed play but a significantly new treatment designed specifically for film.

C.A. Lejeune summed up what many felt. “It is, to my mind, not only the most mature work Mr. Coward has yet prepared for the cinema, but one of the most emotionally honest and deeply satisfying films that have ever been made in this country.”

It was a small picture, not particularly expensive to make—which was just as well, as it did not make much money, at least initially. But time was on its side. Brief Encounter has just celebrated its 70th birthday. It ranks second on the British Film Institute’s all-time list of British films, and The Guardian, in a recent poll of the best romantic films of all time, rated Gone with the Wind third, Casablanca second, and, at number one… Brief Encounter.

The Astonished Heart was a different and less satisfactory story. The story of a famous psychiatrist, Christian Faber (played by Noel), whose comfortable marriage is undermined by his obsession with a glamorous but emotionally trivial woman. Unable to cope with his own problems, he commits suicide.

What could pass in the artificiality of a brief and over-dramatized theatrical encounter just didn’t transfer well to film, despite some fine acting from Noel, Margaret Leighton and his favorite leading lady, Celia Johnson.

Interestingly, the part of Faber was originally cast with Michael Redgrave, who struggled with it and willingly handed it over to Noel, who may well have wished he’d left things alone. Another problem was that there was no David Lean around to direct it. Anthony Darnborough and Terence Fisher together turned out to be half of what Lean might have represented.

Late in life Noel was heard to say that he wished he could see “poor old Astonished Heart again. I’d like to see if it was really as bad as they said it was.”

Bad? No. Or only by comparison with his previous achievements on film.

Barry Day was born in England and received his M.A. from Balliol College, Oxford. Day has written about Dorothy Parker, Oscar Wilde, Johnny Mercer, P. G. Wodehouse, and Rodgers and Hart. He has written and produced plays and musical revues showcasing the work of Noël Coward, the Lunts, Oscar Wilde, and others. Day is a Fellow of the Royal Society of Arts and a Trustee of the Noël Coward Foundation and was awarded by Queen Elizabeth the Order of the British Empire for services to British culture in the U.S. He lives in New York, London, and Palm Beach. 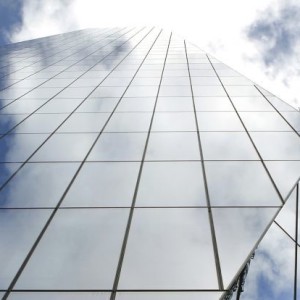 Lately I can’t seem to escape Eddie Redmayne. Ever since he won that Oscar for The Theory of Everything he’s been...
© LitHub
Back to top