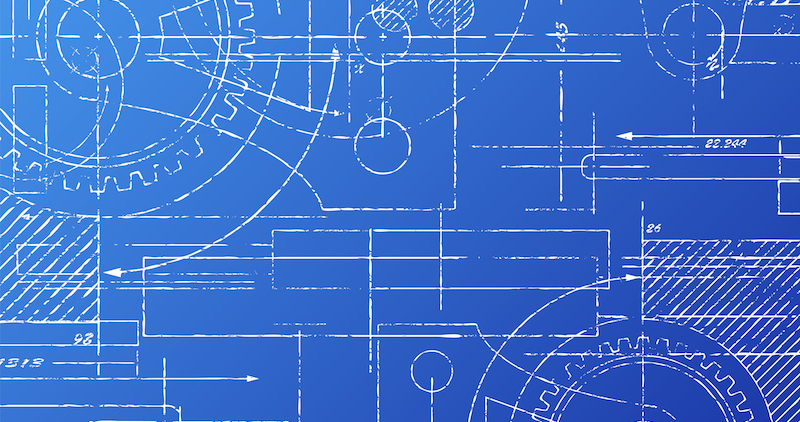 There is a reason why writers like the word “craft.” They evoke it as a kind of one-word incantation, a defense against chaos: the visionary writer-as-carpenter who frames the room to hold that elusive animal, the dream. Craft is reassuring because craft can be learned. It’s something that can be done. A writer can study the syntax of Salter or Morrison and then fix sentences like broken furniture, evoking the honest labor of the workshop. This verb-centered approach also jacks your triceps and builds up your deltoids, resulting in poetry that can be referred to in blurbs as “sinewy” and “muscular.” But there is something essential missing from this view of writing.

Take, for instance, my adolescent appreciation of the line break in James Wright’s A Blessing. It is one of the first poems that I felt more than read. (It didn’t hurt that the resolutely un-poetic town where I’d grown up—Rochester, Minnesota—was name-checked in the first line.) Yet the happenings of the poem barely meet the level of anecdote: “I was with a friend. We saw some horses. One wandered over to the fence and nuzzled my hand, and it was kind of amazing.”

But I still vividly remember the concussion of that ending, those iconic final lines:

Suddenly I realize
That if I stepped out of my body I would break
Into blossom.

It’s an ecstatic moment. We break horses; we break into song; daffodils break into blossom; the line broke on break; and the whole damn thing just broke me wide open. I read the poem again and again, always focusing on that lovely turn. It seemed the enjambment to end all enjambments, and I wrote poems for years afterward that were trying to get back to that one moment, the charge of that volta. Most were terrible, a few worked, and almost inevitably I found that the line that contained my lurching version of Wright’s deft head-fake needed to be cut.

In ascribing so much power to that technical move, I missed the deep weirdness of the poem, the slow tension of the speaker somehow swelling into a bud-jacket over the course of the telling, the implied metaphor of self and spirit becoming petals that unfurl so beautifully in that final image. It’s a transformation worthy of Ovid: “I once saw some horses and turned into a flower.”

In truth, I learned a lot by repeating this “mistake,” fetishizing the moves of writers I admired. I read obsessively, sometimes revising poems so hard they disappeared. I aped and borrowed Szymborska’s sardonic “What ifs,” Saramago’s interwoven dialogs, Celan’s word-coining, Clifton’s pared compression, the elegant syntax of Woolf and Hass—only to realize that what I’d thought were poems were studies. The echo I’d created was just that: the work didn’t say anything new. It didn’t sound like me.

Rejection, interestingly, ended up being a useful teacher in the process. I would bundle three or four of what I considered to be my most well crafted poems and include a little weirdo to round out the submission batch. Most all of the poems were rejected most all of the time, but when one would find a home, it was often a wayward weirdo, a poem where I quite palpably did not know what I was doing. And in grappling with that bewilderment, I’d had to reach outside what I knew and write toward what I didn’t.

Those wayward poems often sprang from drafts where I was intent on displaying some element of technical chops—then something in the poem began to push against that structure. What I’d thought was a sonnet would swell and burst open. It was the weirdness, trying to come out.

I realized that I didn’t need to transcend the fact that I was an imagining animal, inclined to both making and inhabiting myth. I needed to own that and dig into it, maybe relax things with a little strangeness or absurdity or wonder, then prod a little deeper once those abdominal muscles relaxed. I needed to offer more than just clever line breaks, or tight blank verse. I needed to listen to the poem itself and offer the beautiful mess of being a primate, being a person, being alive.

After all, we’re storytelling creatures. We like to make believe. (See also: The White House.) In fact, what might well distinguish humans from other high-level primates is our ability to inhabit symbolic frameworks—in short, to live inside of narrative. The words “Tell me a story” have a yearning spell inside them that goes all the way back to that first campfire. We’re looking to belong, to feel the invisible syntax of connection. No four-year-old ever climbed into someone’s lap and said, “Deconstruct my narrative.”

Perhaps focusing on craft is a way to reassure oneself that there’s nothing weird or dishonest about devoting one’s life to making shit up. So make the lines true and plumb, and be intentional about where to end them. Frame the room for the dream. But not so obsessively that it becomes one of those gorgeous interiors fetishized in Elle Décor. You know, the ones with no people in them. No dog sprawled on the floor. No one padding around in their underwear singing along to Nina Simone. My guess is the reader wants something alive inside that structure.

Michael Bazzett’s The Interrogation is available now from Milkweed Editions.

Michael Bazzett is the author of You Must Remember This and The Interrogation. He is also the translator of The Popul Vuh, the first English verse translation of the Mayan creation epic, which is forthcoming from Milkweed Editions. He lives in Minneapolis.

Why I Gave Homer a Contemporary Voice in the Odyssey 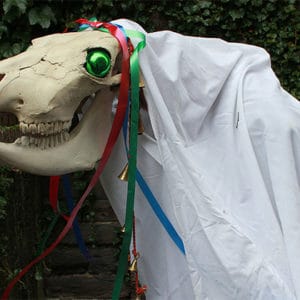 The holiday season is upon us, bringing with it mistletoe, chestnuts roasting on an open fire, and skeletal horses demanding...
© LitHub
Back to top