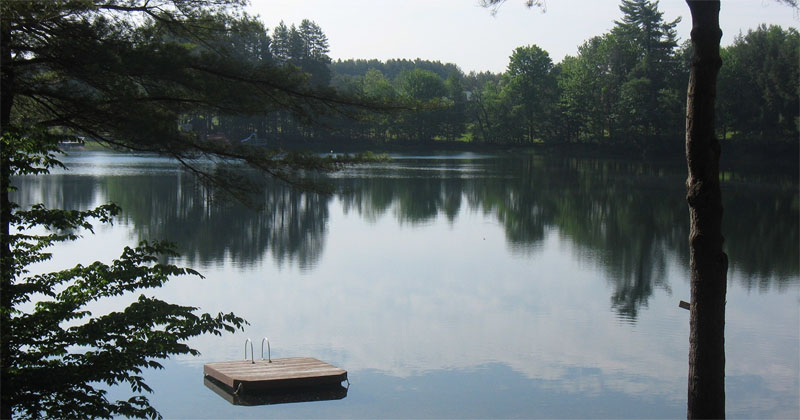 In 2012, I was at the Boston Film Festival, and a talented filmmaker whose short film I’d just seen was telling me that she needed fresh ideas. We were at a duckpin bowling alley for a party thrown by the festival, and I was the only fiction writer in the room. The director’s movie had been tense, humid, mysterious, and set in Florida, so I told her about my latest obsession: the writer Laura van den Berg whose short story collection What The World Will Look Like When All The Water Leaves Us, left me floored.

Van den Berg’s characters were original and active. They had colleagues. They liked science! They lived in farflung places . . . like central Florida. But whether they were peering into a microscope or impersonating Bigfoot, they were always struggling to belong. The director, I said, should read her. That she should turn one of Van den Berg’s stories into a film. While we were chatting, I found myself wishing there was a festival that put short fiction writers and short filmmakers into the same room. Just imagine: Laura van den Berg and Amy Seimetz swapping inspirations over free Sam Adams beer!

It was then that the idea of founding a multidisciplinary retreat was planted in my mind, but it took many more years and a move out of Massachusetts to bear fruit. (Not that there is anything wrong with Massachusetts. There isn’t. I’ll explain.)

Creative types feel comfortable in silos. They think they don’t, but they do. Back in college, I worked the midnight shift at a shitty crêperie, and I’d observe different cliques stumble in from the Rhode Island School of Design just down the street. The fashion designers hung out with the fashion heads. The sculptors with the sculptors. In my own college, Brown University, the poets were so attached at the hip they might have well have been conjoined.

I’m a writer and my husband is a filmmaker. Sometimes I help him write his films. That’s why I’ve been lucky enough to go to both film festivals and writer’s conferences over the last decade. But the silo thing holds water at these events, too. It would make a tremendous amount of sense, wouldn’t it? To have more writers go to film festivals? Not only could they network with other creatives, but there is so much to learn about character development and story pacing from film. Ditto for live performances: theater, music, dance. Hell, you can even learn about plot development by watching an artist draw. It’s always seemed to me that our respective mediums can be vastly enhanced by learning about someone else’s. And so I made up my mind to found a mixed artist’s retreat of my own.

When we moved across state lines to Connecticut, serendipity saw us moving to a town powered by a nucleus of people who are passionate about literature and the arts. It took me some time to understand the lay of the land, but the lay of the land was fortuitous: Norfolk is a town of several old and esteemed families, many of whom have estates built around the town lake. Most of these estates had family camps and family cabins, a handful of which weren’t being used.

I did site visits. I became friendly with the owners. With its rickety swimming docks and sandy beaches, hiking paths through the Great Mountain Forest and wildflowers all around, the location was a dream. The fact that Norfolk’s Tobey Pond was where New Directions was founded and a site where both Barack Obama and Ezra Pound used to summer seemed a particular boon. I’d start small: open the retreat to seven people. If you rent it, I thought, while I nervously wrote out the security deposit for the summer camp, I sure hope they will come. 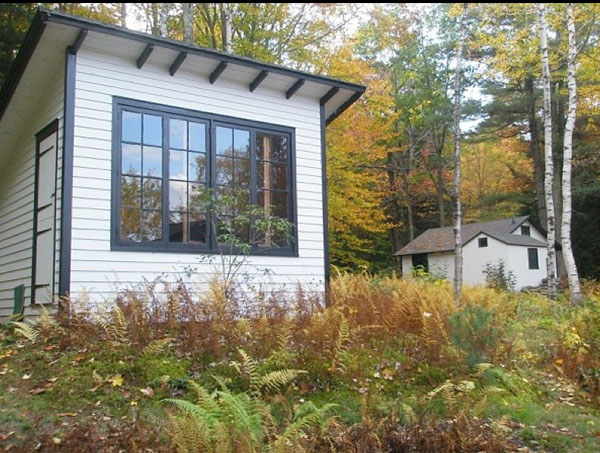 I posted an announcement about the retreat on Facebook. I wrote to my husband’s filmmaking friends. I wrote to my dancer friends, and artist friends, and hippy friends who knew people up for three days of communal living and spotty internet in the woods. Incredibly, without even having a website, I soon had a waiting list.

I have a lot of passions in life, and event management is one of them. I actually used to make my living in this line of work. For three years in my twenties, I was the party promoter for Corona Extra in Paris, which saw me driving around the Île de France in a Coronamobile, getting people to dance on tables and buy a lot of shitty beer. After that, I worked in fashion PR for the designer Thom Browne, and among many other small feats of pertinacity, I was once tasked with herding 40 luxury-suited male models in and out of their ice skates and onto a rink I’d found someone to build inside of a New York skyscraper in time for fashion week. I liked planning my own wedding so much that I got married twice. When I attended the Tin House Writers Conference back in 2011, one of the first things I did was corner the organizers to tell them they needed karaoke and cheaper beer. I can be a little intense, maybe, but it all comes from a place of wanting people to get to know each other and have the best possible time.

So that was my goal with The Cabins: the right mix of people in a bucolic setting, and for the right price. Having just had a baby, I was attuned to how precious time and resources are for American grown-ups. I didn’t want anybody to have to use more than one vacation day or go broke hiring babysitters in order to attend. And I wanted people to feel invested—from the get-go—in being there and giving back to the group as a whole, which is why each participant is required to lead an hourlong master class in the subject of their choice. I didn’t want The Cabins to have a sense of hierarchy. The students would be the teachers and the teachers the students. 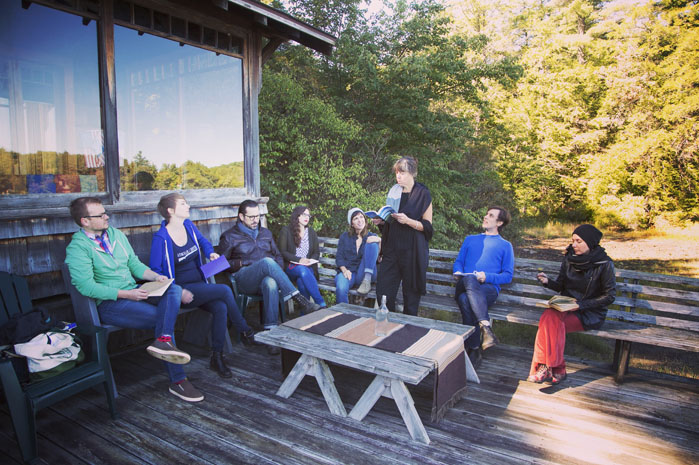 The inaugural retreat was a success; encouraged by the special time that everyone seemed to have, I was really excited to run the program again. But once Trump was elected, it actually felt like an extension of my civic duty to bring strangers together. If there’s anything that proved people don’t know what’s happening outside of their own social circles, it was the 2016 election. Manicured realities are dangerous—they keep us shielded from what’s really going on. It isn’t a bad thing to get into an argument once in a while, to be exposed to a viewpoint that we don’t agree with. It’s a skill to maintain a civil discussion with someone that you don’t know.

I’d like this year’s retreat to be about hope and healing. To that end, I’ve been working hard to find support for some of the groups who have been harmed by the hateful rhetoric fanned into a five-alarm fire by the rise of Trump. There are three full scholarships this year, for people of color, women, and members of the LGBTQ community working in the creative arts. Almost all meals are included, many of which will be coming straight from the gardens and farms of local Norfolk residents.

Starting up a residency is not an entirely utopian endeavor—and with our second year not even in session yet, I can’t yet say that I’ve “started” anything at all. There’ve been hiccups, of course. The family camp I rented for last year’s program was sold before the program started, so I had to scramble to find new accommodations a few weeks out. We’d banked on a balmy Indian summer for our mid-September getaway, and instead it was absolutely freezing. But I had a lot of extra sweaters to lend out to people, and no one seemed to mind. In the testimonial novelist D. Foy left about his participation in 2016, he wrote, “A deal like this has the potential for all manner of trouble. To merely avoid disaster is itself a feat.” Our Cabiners avoided disaster, and made something beautiful, instead. Staring up a new creative venture is like writing a new story: you have to take the leap.

This year’s program runs from Aug. 10-14, and applications close June 1. I’m actually looking into organizing a night out at a disco duckpin bowling alley, an homage, perhaps, to the venue—and sentiments—that first gave me the idea of this retreat. Will we start another New Directions? Find meaningful new ways, as artists, to resist? Or will we just enjoy nights of swimming and good talk around the campfire?

I can’t say for sure yet, but knowing that anything is possible is the most exciting thing. 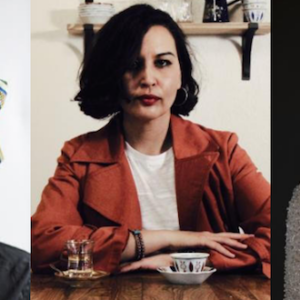 It's a testament to the Whiting Awards's eye for brilliance that many of those honored by the foundation just last year already...
© LitHub
Back to top
Loading Comments...