While in Israel last year, my partner and I dug into a box of my old things that my mother had asked me to sort through. He held up an official document in Hebrew. “What’s this?”

I glanced at it. “My high school final exams.”

“Which subject is this?” He pointed at my lowest mark, 68 percent.

It’s not that I didn’t like English. What I didn’t like was English grammar, cumbersome and impossible to wing without actual studying. And I loathed reading in English, an experience made frustrating by my limited vocabulary. By page three, I was ready to fling the book against the wall.

But I liked speaking English. Undeterred by faulty syntax, I chatted up tourists on Tel Aviv beaches in broken sentences and sang along to pop songs on the radio. I liked watching Hollywood movies and sitcoms on TV. I liked the sound of English, the way the words slipped off the tongue with their rolling “r” and lilting “l”, the accent bubble-gummy and chewy. English seemed to me hip and modern and fun, unburdened by ideology and history, and I had a mild crush on it, a high school infatuation. But I didn’t love it. Not really. Not the way I loved Hebrew, the language of the books I devoured, of the poetry I learned by heart. A language I breathed and dreamt in. The language of my childhood. The language in which I’d written feverishly since the time I knew the alphabet, stories and novels and poems and diaries and numerous letters. The language in which I hoped, one day, to publish my first book.

The question about why I chose to write in my second language is probably the one I encounter most when meeting new people. And though I’ve been asked it frequently (in Israel, sometimes with a sense of indignation), I’m often at a loss for words, as if I am still stunned by the transformation myself. I understand the fascination: the act of trading languages is curious, an oddity, a literary magic trick. Our mother tongue is so entrenched in our psyche—the language that flowed in our mothers’ milk—that choosing another seems radical, outrageous, like wearing someone else’s skin. It is an act akin to religious conversion. And like a convert, I initially spent years in a limbo-like state (disguised as writer’s block), trapped in between languages, in between identities.

I never meant to write in English, just like I never meant to move to Canada. In my twenties, my life was defined by a sense of drifting and impermanence. I started reading fiction in English at 24, while traveling in India, encouraged by my Canadian boyfriend­, whom I’d met on a beach in Diu. Together, we browsed through dark and musty used bookstores in Indian beach towns—their books often gritty with sand—and then read aloud from Generation X and The God of Small Things. He’d stop regularly to explain words I did not understand. The next book, The Cure to Death by Lightning, I read by myself, frequently stopping to check the dictionary. Then I put away the dictionary and wrote down words to look up later. Eventually I dropped the notepad and surrendered to the act of reading, hoping to fill in the gaps in my vocabulary from context.

At 25, I followed my boyfriend to Canada—an accidental immigrant, landing in Vancouver with a suitcase full of summer clothes and a pile of Hebrew books, never intending to stay for this long, long after the relationship ended. By the time I arrived, I had a developed sense of a writerly identity. I had been writing since age six, published poems and stories from the age of ten, and had worked as a journalist from the age of fifteen. In Canada, I found myself without tools. I believed writing, the only profession I had ever been good at, to be entirely non-transferrable. Living in a place with very few Israelis at the time, ten time zones away from home, Hebrew felt beside the point. When a new friend, an American girl I met on Vancouver Island, suggested that switching languages was like “moving from acrylic to watercolor,” I thought she was crazy. One could master another language, or even a few, but writing creatively was a completely different skill. Writing fiction was difficult enough in your native tongue.

During those first few years in Canada, even speaking in English was a challenge. I was discouraged by my failure to convey complex thoughts, irritated by my inability to fight with my boyfriend in an eloquent way, embarrassed by my frequent misunderstandings and mispronunciations. I overused profanities, partly because sticking “fuck” between words gave me space and time to consider the next one, but also because without a historical and cultural frame of reference, the word lacked shock factor. In English, I wasn’t witty or funny. I couldn’t flirt. What’s worse, unable to string words into beautiful elaborate sentences, no one could tell from my speech that I was a writer. English words felt stale, with no weight, context, or significance. Empty shells.

I wrote less and less, until eventually I stopped. My Hebrew was becoming rusty from lack of use, while my English was still not good enough. My dream of writing—the only dream I had ever truly held on to—was slipping away from me.

About ten years ago, my new boyfriend (who is now my partner) requested a story for our one-year anniversary. At the time, I was working as a waitress, and cleaning homes and apartment building lobbies. I had studied photography and film in college, seeking other ways to tell stories, but I had abandoned those pursuits too. They weren’t writing. I had sunk deep into the space between the two languages, and deeper into discontent. I resented my boyfriend for his request, but I wrote his story. It was terrible, littered with errors and clichés, but it broke the seal. I started writing short vignettes from my own life. Literary nonfiction, a genre I had never written in before, seemed like a good compromise: a new genre for a new language. There was less pressure with true stories, no grounds for comparison with my Hebrew fiction. Nonfiction felt like a safe place to experiment.

After almost a year of writing strictly nonfiction, I wrote—in one sitting—my first piece of English fiction, titled, aptly, “English Lessons.” In the story, a young Mexican woman, Fabiola, moves to Vancouver and starts taking English lessons, only to discover that she is a new person in this new language; she can stand up to her husband; she can say things she couldn’t say before. “It was like singing someone else’s lyrics, reading someone else’s lines.”

Like Fabiola, I soon discovered that I was different in Canada. Different in English. And I was enjoying the change: I was calmer, lighter, more confident, and my English writing was cleaner, more straightforward, less flowery. And while the experience of learning to write fiction in a foreign language was singular, it wasn’t entirely unfamiliar; at times it evoked childhood memories, a resonance from my earliest attempts at writing creatively, when I first tapped into the power, joy and purpose that writing fiction could grant me if I let it.

People are amused by my finding anonymity in one of the most spoken languages in the world, but that’s what English was for me for the longest time: a secret language. English was a place I fled to, and writing in English was an act of reinvention that mirrored the anonymity and freedom I felt when migrating to a new country, eliciting the same exhilarating thrill of stepping outside my comfort zone. I imagine my late father must have felt something similar writing poetry in Hebrew, a language that was his native tongue, but not his mother’s tongue. A language his parents—who came to Israel from Yemen—spoke poorly and that his mother couldn’t read. A broken link between them, as English is between my mother and me.

Hebrew was a dead language for 17 centuries. It was revived to serve a purpose: to unite Jews from disparate places who had no way of communicating but through the language of prayer. It is a sacred language, the language of God, the language of the Bible. Writing in Hebrew, therefore, comes with a challenge: one must find a way to describe the ordinary, the secular, and the profane in words once considered holy. And though it is what makes Hebrew fascinating and unique and utterly loveable, there was something in English’s relative newness, in its inclusiveness and accessibility, in our lack of shared history­, that I found liberating. English was a clean slate, an amusement park, with a vocabulary that seemed endless.

When Samuel Beckett was asked, in 1954, why he chose to write in French, he answered: out of a “need to be ill-equipped.” In writing English, I had to commit to almost always being the least fluent person in class, to having to work harder than anyone else, to producing awful work, to being more susceptible to clichés, to having my work misunderstood, to coming last. At the same time, having to express myself in fewer words was an excellent exercise in constraint. It was a place of great vulnerability, but also, permission to fail.

It took time before I allowed myself to claim English as my own. During the first few years, guarded and anxious and wanting desperately to fit in, I played it safe, trying to conform to what I thought were the North American literary conventions. Once I let my English writing be inflected with my Hebrew, infused with my voice, my accent, my background, and with the multiplicities of identity—the passion and drama of the Middle East, the oral traditions of my Yemeni ancestors, the tension and urgency of Israel—a new writer emerged.

Writing in a language foreign to me and to the place I am depicting seems fitting for a book like mine, preoccupied with in-between-ness. It adds layers of displacement that echo the experience of my characters, travelers, migrants, expats and outsiders who are often at a crossroads, in between places, in between identities, in between languages.

Ayelet Tsabari was born in Israel to a large family of Yemeni descent. Her first book, The Best Place on Earth, won the Sami Rohr Prize for Jewish Literature and the Edward Lewis Wallant Award, and was long listed for the Frank O’Connor International Short Story Award. She lives in Toronto. 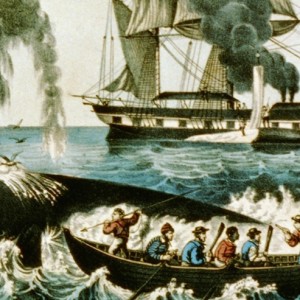 One of the pleasures of writing domestic fiction in an historical setting is the opportunity it presents to waste hours of precious...
© LitHub
Back to top